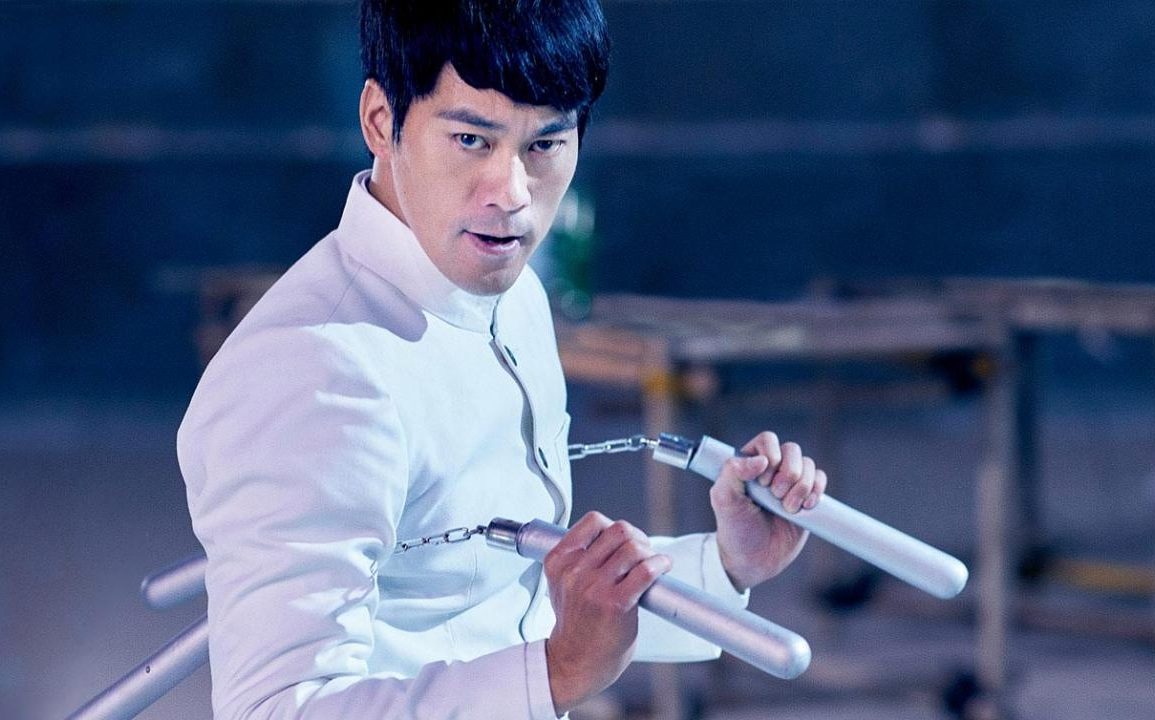 Kung Fu League has a fun concept and isn’t without its moments but the ridiculous finale and ropey visuals will put many viewers off. it may be worth a watch when it hits Netflix but otherwise I’m afraid you should skip this one.

Plot: When his manager prevents Fei Ying Xiong from getting the girl he loves, he summons the help from four legendary Kung Fu masters to learn the highest level of martial arts from the best in history and to defeat his enemies who stand in the way of the things he wants most.

Review: I thought the idea behind Kung Fu League was a promising one with 4 legendary masters of kung fu joining forces to kick almighty ass. Sadly, the reality was far less interesting featuring ridiculous set-pieces, lame comedy, unconvincing CG and too much wirework.

I liked the cast and enjoy Vincent Zhao as Wong Fei-hung, Danny Chan as Chen Zhen and Andy On as Huo Yuan Jia. They all look the part and do the best with what they’re given but the script is mostly unfunny (although it had its moments) and by the time it ended I had completely tuned out due to the sheer absurdity of it all.

It is at least well-paced and as I said they are a likable crew even if Fei Ying Xiong (Ashin) was a bit of a dweeb. Do people still say dweeb? Well, I’m bringing it back, so there.

There is a kinetic energy to the tale with no shortage of action, and it feels like a comic come to life (which is the idea) but this type of movie is most certainly not my cup of tea and isn’t something I plan on revisiting again in the future.

Overall, Kung Fu League is a missed opportunity and had a cool concept that is wasted on too many dumb “comedic” moments and seriously dodgy visuals. Enemies of wirework beware.