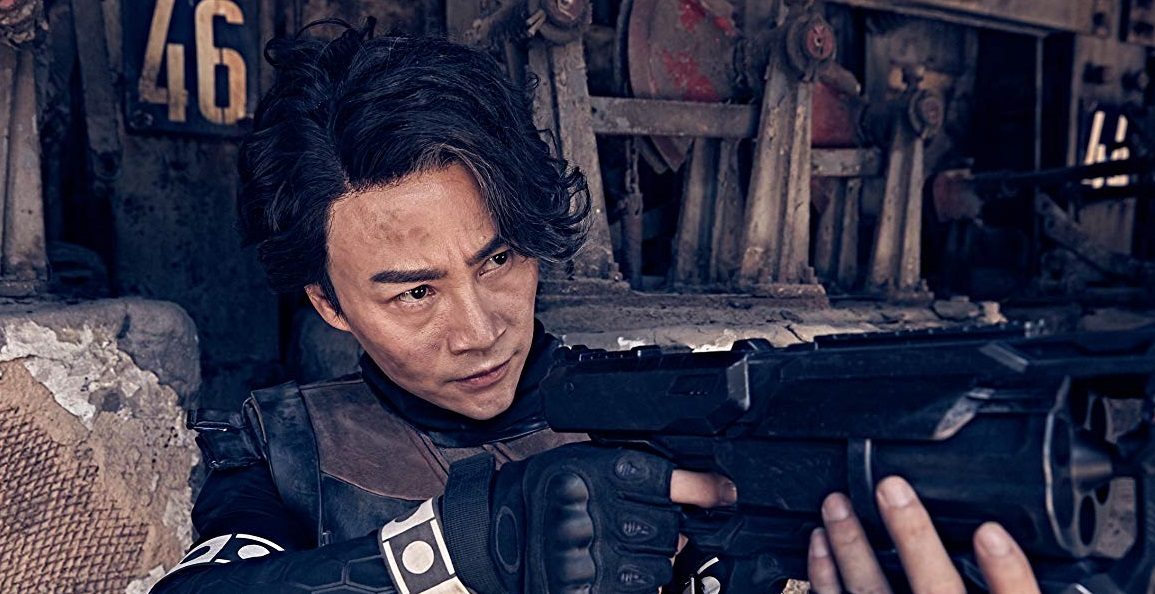 Kung Fu Traveller is pretty bad with some rotten CG effects but after a few pints it might be an entertaining diversion and Tiger Chen is very sympathetic on screen.

Plot: Aliens have invaded and overtaken the Earth. Trying to escape defeat, a Chinese General (Tiger Chen) is sent back in time while trying to devise a way to defeat the alien invaders.

Review: I think a better name for this movie would have been Kung Fu Terminator as there were several similarities to the first 2 James Cameron directed movies with some moments just plain lifted. One of said moments is when the robot played by Tiger Chen is learning how to smile which as you’ll remember was a scene in Terminator 2… except the scene worked so much better in that.

Aside from that though Kung Fu Traveller is one of those guilty pleasure movies; I really like watching Tiger Chen on screen and find he has a very empathetic and kind face despite playing what is meant to be an emotionless robot.

Some of the CG effects are pretty appalling and it’s absolute silly bollocks with a nonsensical plot that rips off other better movies.  Aliens have invaded so the best way for us to defeat them is to send a robot back in time so he can learn Southern Kung Fu then transmit it back to the other robots in the future so they can learn kung fu and defeat the aliens. Sounds foolproof…

There is plenty of action but it’s mostly done with wirework which ruins what could have been impressive fight scenes.

During the climactic battle there are some terrible directorial choices like an over use of slow motion and a flickering effect which is annoyingly distracting and likely to cause epilepsy.

Despite all of these things I didn’t hate the movie as it was just escapist fun taking you out of the tedium of reality for a few hours.

Overall, Kung Fu Traveller isn’t a great film by any means with sometimes laughable effects and a nonsensical plot but Tiger Chen is an amiable lead and it’s a pleasing enough escape from reality. Watch T2 instead though…