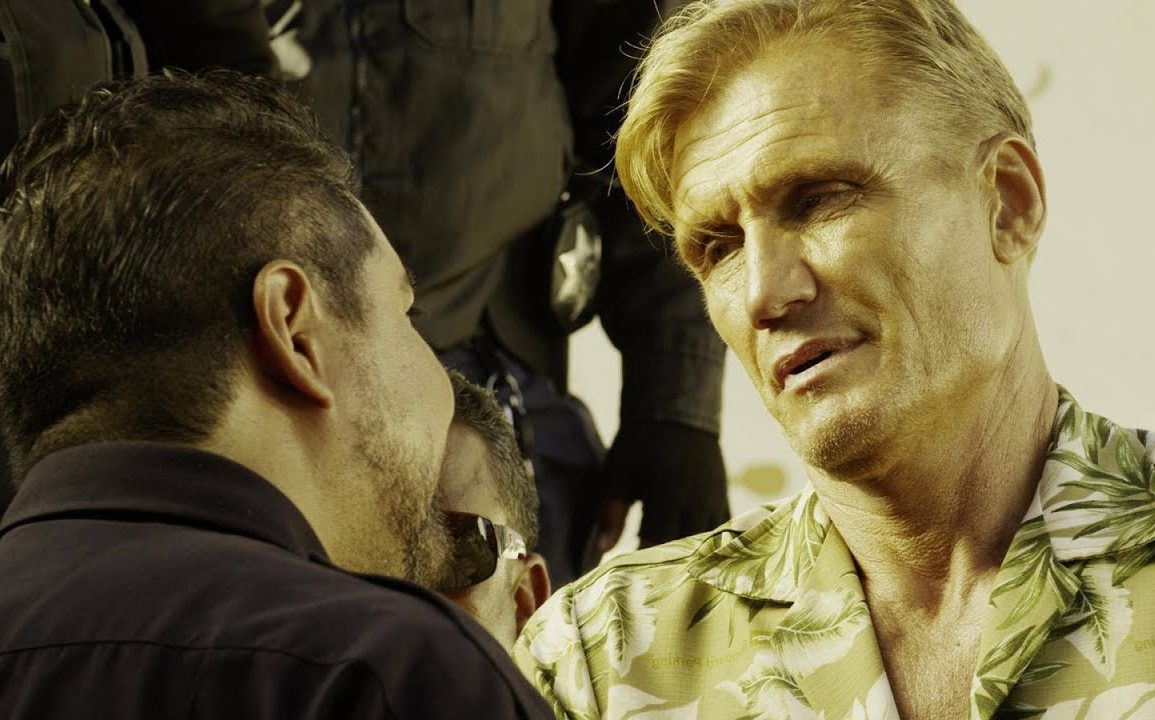 Larceny is pretty much what you’d expect from a Dolph Lundgren movie but I think the director deserves far better fare to work with than this. Only for Dolph completists.

Plot: After being busted for a heist, a former CIA contractor is sent to a Mexican prison. His former CIA boss offers him freedom if he can break into the prison vault and steal $50 million.

Review: Larceny has been floating about for a while but hadn’t received an official release until it finally appeared on Netflix a few weeks back; it has Dolph Lundgren in the lead and as I’ve said before I’m a fan of director R. Ellis Frazier who can usually do a lot with a low budget.

I’ll be honest say I didn’t really enjoy this movie; for the first hour there is little in the way of action as it establishes the not very interesting plot and I never really found myself caring about the outcome. Despite being set in a prison it never felt all that threatening mostly due to the fact that Dolph Lundgren is pretty much invincible in the movie.

There are a couple of fight scenes but nothing spectacular and I pretty much forgot the movie existed after 15 minutes. The cast generally seem pretty bored too and there isn’t much in the way of memorable dialogue. We also get a tedious dig at Donald Trump with Louis Mandylor playing corrupt Senator Tom Pumple who wants to build a wall. Sound familiar?

I like that Frazier usually sets his movies around the Mexican border giving us some beautiful sunset shots so some of it at least looks nice. The final half hour is where the action picks up an the fact that it’s around 90 minutes keeps it relatively tight.

Overall, Larceny is pretty much what you’d expect from a Dolph Lundgren movie but I think the director deserves far better fare to work with than this. Only for Dolph completists.