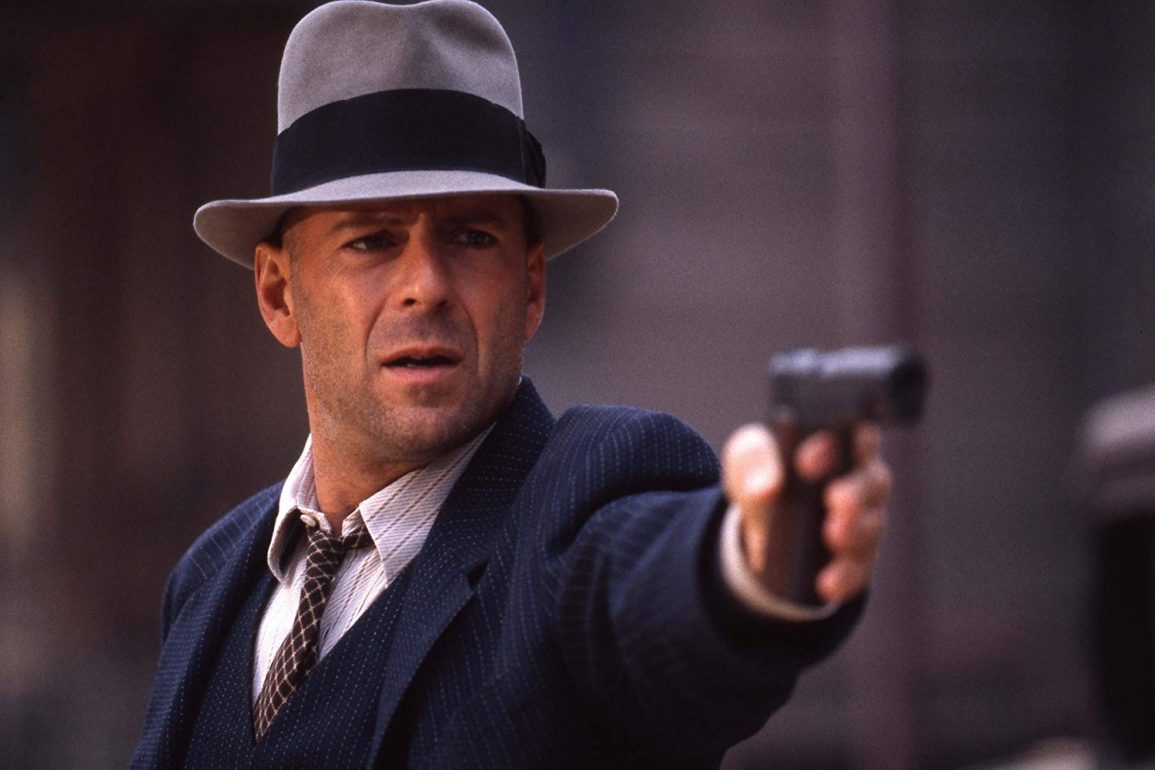 Plot: A drifting gunslinger-for-hire finds himself in the middle of an ongoing war between the Irish and Italian mafia in a Prohibition era ghost town.

Last Man Standing is one of Bruce Willis’ best films and John Smith is one of his coolest roles up there alongside John McClane and Joe Hallenbeck.

Directed by the legendary Walter Hill, Last Man Standing tells the tale of John Smith, a drifter who drives into a “jerkwater” desert town in the middle of a gang feud. He decides to play the two sides against each other for financial gain but things do not go as planned. It’s another Seven Samurai/Man with No Name nod with a familiar story but hey, if it ain’t broke, don’t fix it as they say.

What transpires are some of the most awesome shoot-outs you’ll ever see, crisp dialogue and one of the best action movie scores of all time by Ry Cooder.

It’s one of my favourite movies and I could watch it every day if I had the time. It’s beautifully shot and the desert has rarely looked more appealing.  The way the sunsets look in this film just make me want to jump in a car and drive forever…

You can also never go wrong with Christopher Walken and (Hill favourite) Bruce Dern who both have major roles. Walken is Hickey, the psychopath who burns down orphanages in his spare time and Dern plays the Sheriff who’s equally as corrupt as the gangs but may still have good left in him.

The opening scene also has one Patrick Kilpatrick (Death Warrant) who doesn’t have a huge part as he makes the mistake of pissing Smith off resulting in him getting blown away. We also have the great David Patrick Kelly (The Warriors) who spends most of the movie shouting as does Michael Imperioli so it’s packed to the brims with testosterone.

The action itself is mostly gunplay which is just fine by me; every gun has pretty much endless bullets and it’s so incredibly stylish and slick that you’ll be glued from beginning to end.

As Hickey says Smith is nothing without a gun but when he has it he’s an unstoppable killing machine.

Everyone is just ridiculously cool in this movie with smooth dialogue like the following:

Hickey:
I heard you got Finn. That was Doyle’s best shooter.

John Smith:
I thought you were the best.

Overall, Last Man Standing is well paced, beautifully shot and can be watched on repeat viewings. You can buy it on Blu-ray as a double pack with The Last Boy Scout so both are pretty much essential to any action fan’s catalogue.