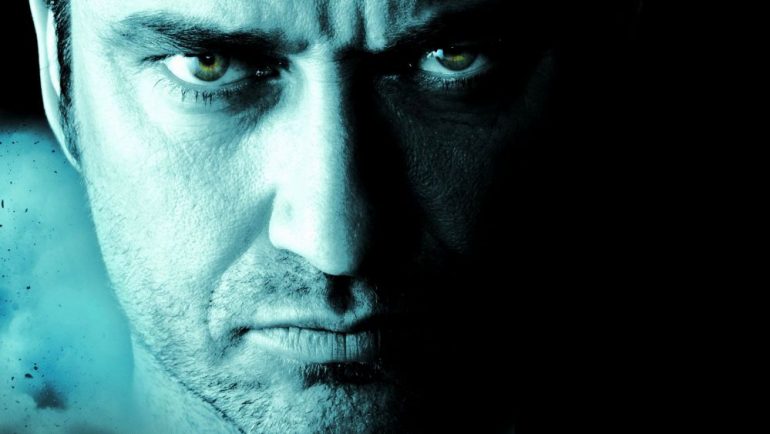 Law Abiding Citizen is a tough movie due to the graphic violence but it’s still a fun ride; it’s let down by no one to root for but it’s still worth a rental.

Plot: Clyde Shelton (Gerard Butler) is an honorable family man, until the day his wife and daughter are murdered in a home invasion. He hopes for justice, but a rising prosecutor named Nick Rice (Jamie Foxx) cuts a deal with one of the killers in exchange for testimony. Ten years later, that man is found dead and Shelton coolly admits his guilt. Then he hands Rice an ultimatum: Fix the broken legal system or suffer the consequences.

Review: When I first saw Law Abiding Citizen in the cinema I wasn’t a massive fan, so I thought it was time to revisit it and I’m pleased to say that upon a second viewing, I enjoyed it thoroughly.

Law Abiding Citizen is an ultraviolent action thriller with Gerard Butler as a man whose life is destroyed after his family is brutally attacked so he goes into revenge mode and go seeks justice from the people responsible. Who is he taking revenge on? The justice system that failed them, including Jamie Foxx’s smug (and rather unsympathetic) lawyer. It’s an excellent premise and something pretty original as well.

The film had a good story and some genuinely shocking violence; even I was shocked and I’ve seen a lot of nasty stuff in my time. It wasn’t predictable and had some nice twists and turns moving along at a great pace and the action scenes were nicely shot – no shaky cam here.

The main flaw is the lack of likeable or sympathetic characters; at the beginning you are on Butler’s side and can see his argument, but as the story progresses you realize he’s completely batshit crazy and is no better than the men who attacked his family.

Also, Gerard Butler (like Sam Worthington) just can’t hide the accent. I love Gerard but really when he says “it’s gonnae be biblical” he’s not really sounding American. I seem to be the only person who has a problem with it though so it likely won’t bother the casual viewer.

Jamie Foxx’s character was too arrogant to be truly likeable, so it’s a difficult film to watch when you don’t care who lives or dies.

Brian Tyler’s score is great as always and really adds to the tension although I prefer his more recent fare.

Overall, Law Abiding Citizen is a tough movie due to the graphic violence but it’s still a fun ride; it’s let down by no one to root for but it’s still worth a rental.