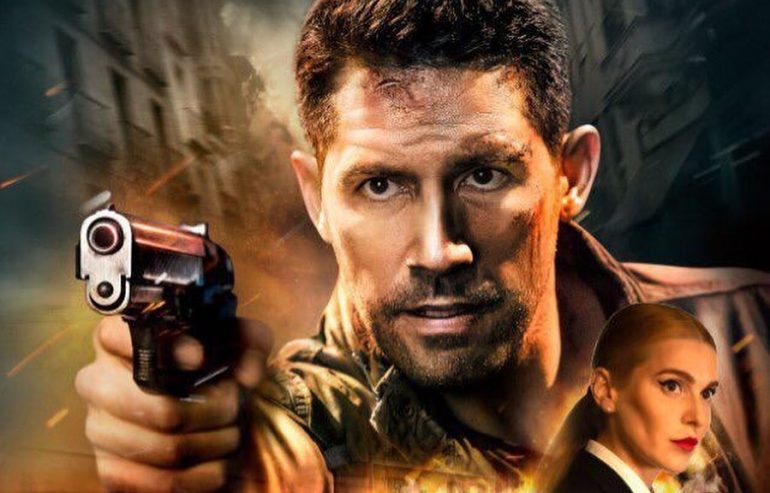 Legacy of Lies isn’t the action-packed movie the trailers would have you believe as this is more of a thriller. The first half has no shortage of brutal beatdowns and shoot-outs but it feels like the budget ran out by the time they reached the finale making it fizzle out.

Plot: Martin Baxter an ex-spy is thrown back into the world of espionage and high stakes when Shasha Stepanenko, a beautiful young Ukrainian journalist seeks his help uncovering the shocking truth about covert operations conducted by the Russian Secret Service.

Review: I was in two minds about whether or not to review this movie or not due to some bullshit copyright complaint I got recently for a Coming Soon article I did for it but I decided to do one anyway.

I feel like we’ve been waiting for Legacy of Lies for years but now the time has come and it’s finally out. So has it been worth the wait? Well, if you’re expecting Scott Adkins doing John Wick then you’ll be disappointed as this is really more of an espionage thriller than an all-out action picture but there is enough style and action in the first half to keep you engaged. I say the first half as that is when we get a few interesting fights with one particular highlight against an MI6 agent and an awesome cage fight but after that it kind of sags and there is no big final fight scene or even a particularly exciting set-piece at the end. That’s fine though as it’s nice to see Scott try something different and as always he does the best with what he’s given demonstrating that he can really do all kinds of roles.

In Legacy of Lies his daughter ends up getting kidnapped but as they establish early on that she is a smart-arse vegan then you lose all sympathy for her and essentially root for the villains while eating a cheeseburger.

The plot is your typical spy stuff about a file that the Russians and Americans are looking for so Martin is blackmailed into getting it in exchange for his daughter. Most of the movie has Martin running from various bad guys, getting in a few fights and teaming up with a Ukrainian girl called Sacha (Yuliia Sobol) to keep it from getting into the wrong hands.

I felt it needed a stronger main villain which it didn’t have so none of the characters other than Scott will be particularly memorable.

Legacy of Lies has some impressive set-design and I thought the score added to the ominous atmosphere; you can tell it doesn’t have a huge budget though as it lacks the sheen of other recent bigger budget action movies but considering its limitations it looks decent enough. You have to wonder why Chad Stahelski and David Leitch haven’t brought Scott on even as an assassin or something in the John Wick movies as that is the caliber of action movies he should be doing. Same for Gareth Evans who recently did Gangs of London – perfect opportunity to bring in Scott… nope.

Overall, Legacy of Lies is an enjoyable action thriller for the first half with several solid beatdowns but loses its luster for the last 30 minutes. You can’t help but feel that more fights and action were added to the film when Scott came on board but this wasn’t really meant to be an action movie. Check it out when it hits Netflix but there’s nothing that really stands out about this one.