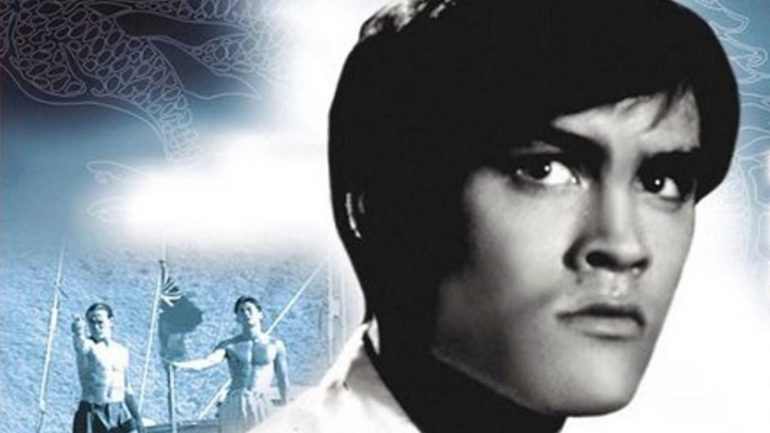 Legacy of Rage is worth tracking down as Brandon Lee was always watchable, there is plenty of action with a strong villain and compelling story.

Plot: Sentenced to prison for a crime he did not commit, a man sets out for revenge after his release from jail.

Review: I recently picked up the Shout Factory DVD of this Brandon Lee movie and I had to admit that I’d never seen it before. It was always tough to track down but after finally watching it I can say that it mostly lived up to my expectations.

It’s strange to watch Brandon in a Non-English speaking movie but he still gives a great performance and his easygoing likeability shines through.

There is the odd moment where the subtitles don’t make sense but I got the idea and it wasn’t a massive deal.

Michael Wong plays the originally named Michael, Brandon’s best friend. Yes his character is also called Brandon. Michael has always coveted Brandon’s girl May (Regina Kent) so when the opportunity presents itself to frame Brandon for the murder of a cop and also help his career in the underworld, Michael jumps at the chance.

Brandon is put in jail for 8 years and discovers that his so-called best friend set him up and he is left burning for revenge.

Michael Wong is always great at playing a bad guy and he’s a particular scumbag in this movie; he even attempts to rape May at one point while Brandon is locked away. You think at first that he’s just the jealous best friend but as the story progresses we see just how unhinged he actually is.

Legacy of Rage is actually more of a prison movie and there aren’t that many martial arts fights; it’s definitely more in the vein of John Woo movies with stylish gunplay and brutal action, but if you’re looking for lots of fight scenes then you might be let down.

One of the action highlights though is a fight scene between Brandon and Bolo Yeung; sadly it’s only a cameo and Bolo doesn’t appear in it again but it’s a nice nod to Bruce Lee’s classic Enter the Dragon. Brandon is insanely fast and this movie proved that he was very much his father’s son.

It’s very well paced and is a breezy 90 minutes but it’s really the final 20 minutes where the action kicks into gear and we have car chases, fights and shoot-outs. Directed by Ronny Yu, there are plenty of real explosions, blood squibs and broken limbs… ah, the good old days…

My main gripe is that Michael and Brandon don’t have a big martial arts fight at the end and it wrapped up very quickly. I was quite surprised when something rather devastating happens towards the end which I didn’t see coming and prevented the movie from having a happy ending. I liked that they did this though as it was refreshing and proof that it sure wasn’t a Hollywood movie.

Overall, Legacy of Rage is worth tracking down as Brandon Lee was always watchable, there is plenty of action with a strong villain and compelling story.