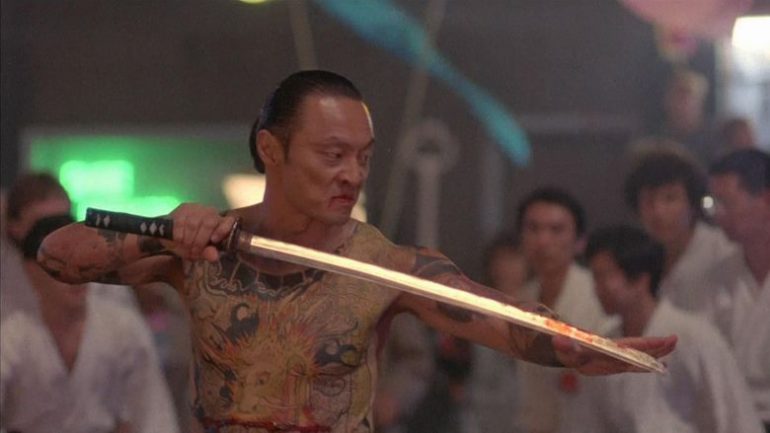 It’s been a few years since I last did a Legends of Action article but I think it’s about time we paid tribute to one of my favourite actors who has appeared in countless action movies and TV shows over years – Cary-Hiroyuki Tagawa.

I remember him in Star Trek: The Next Generation and a few early TV roles but it was when he showed up in Miami Vice that he made a real impression. He would go on to star in Kickboxer 2, The Perfect Weapon and Showdown in Little Tokyo which made him quickly become a mainstay of the action genre. His role as Funekei Yoshida in Showdown in Little Tokyo remains one of his best as he is just a monstrous villain who rapes, decapitates and generally just kills anyone in his path eventually facing off against Dolph Lundgren’s cop Kenner. He would battle against Lundgren again in Isaac Florentine’s Bridge of Dragons which I consider underrated.

He was in an episode of Renegade where he wasn’t a villain but a man of honour (who was also a Yakuza) if memory serves me correctly.

Tagawa was also Eddie Sakamura in Rising Sun with Sean Connery and Wesley Snipes and he played Mason Lee in Thunder in Paradise.

It was 1995 when he would embody Shan Tsung, the villain of Mortal Kombat and to this day he is the iconic iteration of the character. I think it’s a shame they didn’t bring him back for the 2021 Mortal Kombat movie as he has made the role his own. In 1995 year Tagawa would also portray Vinh Moc in Soldier Boyz pitting him against Michael Dudikoff.

Over the years he has been in other TV shows like Hawaii Five-0, Revenge, Star Wars: Rebels, The Man in the High Castle, Lost in Space, Teen Wolf and many more.

To this day Cary-Hiroyuki Tagawa is still working hard and any time I see him in a movie or television series it is immediately better as he has never once phoned in a performance whether he has played a good guy or villain. So let’s raise a glass to the great Cary-Hiroyuki Tagawa.