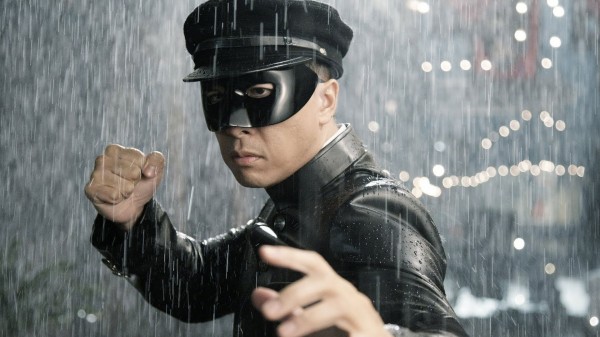 Legend of the Fist: The Return of Chen Zhen (2010) Review

Legend of the Fist: The Return of Chen Zhen is one of Donnie Yen’s best movies and needs to be seen to be believed. Spectacular stuff!

Plot: Seven years after the apparent death of Chen Zhen, who was shot after discovering who was responsible for his teacher’s death (Huo Yuanjia) in Japanese-occupied Shanghai. A mysterious stranger arrives from overseas and befriends a local mafia boss. That man is a disguised Chen Zhen, who intends to infiltrate the mob when they form an alliance with the Japanese. Disguising himself as a caped fighter by night, Chen intends to take out everyone involved as well as get his hands on an assassination list prepared by the Japanese.

Review: Donnie Yen stars in this stunning martial arts movie which may well be one of the best of his career. Rather than being all action, it has a complex story with layered characters that you genuinely care about.

Yen as usual is fantastic as Chen Zhen, a hero with a real purpose, whose love for his country and fellow Chinese makes him a truly noble and memorable character.

It’s nice to see Qi Shu from The Transporter have such a large role as a Japanese spy with mixed feelings; she loves Chen but also loves her country and her internal conflict is believable.

Anthony Wong Chau-Sang is Liu, a nightclub owner who befriends Zhen and is another good man who wants the best for his country. He is sick of having to kiss the asses of the Japanese and wants to do what he can to help Zhen.

The Japanese are portrayed as absolute monsters in this movie with the military being especially nasty; they are almost cartoon villains actually.

The attention to period detail in this movie is jaw-dropping with elaborate sets and amazing costume design. Every scene is stunningly shot, looking like a piece of art.

The opening scene is literally one of the greatest of all time with Chen and his friends in war-torn France. Zhen rises up and defends his friends by charging after the Germans, dispatching them with ruthless efficiency. There are real explosions and it has a genuine sense of scale; watching the Behind the Scenes details on the DVD really gives an idea of how huge this production was and that you really need to watch it on the largest screen possible.

Donnie Yen’s martial arts skills in this movie are breathlessly exciting and his climactic battle with the Japanese is indeed legendary. When the nun-chucks come out, I was cheering in the aisles as Zhen destroyed his enemies.

There is a bit of a pacing lag in the middle section but not enough that you’ll lose interest; it’s emotionally engaging and even moving in places too.

Overall, Legend of the Fist: The Return of Chen Zhen is one of Donnie Yen’s finest hours and needs to be seen to be believed. Spectacular stuff!