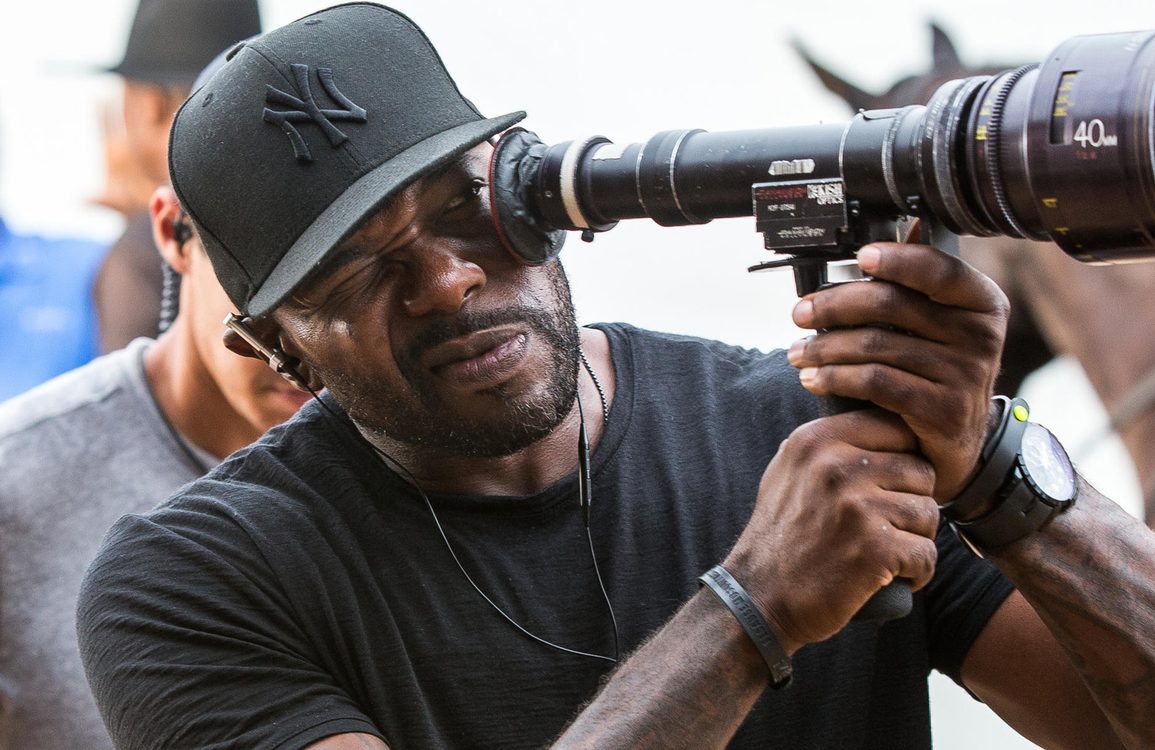 With the rather awesome new action thriller The Equalizer coming soon to theatres, I thought it would be a good time to pay tribute to the director behind the movie: Antoine Fuqua. I was at a screening of The Equalizer with Denzel and Antoine in attendance the other night; Antoine gave a speech about the movie and the one thing I noticed was how he comes across as rather a shy man who had nothing but praise for his cast and crew. He just seemed like a nice guy which just made me respect him even more.

I’ve actually been a fan of his since he directed the Chow Yun-Fat actioner The Replacement Killers which was produced by one John Woo. The movie had plenty of style and gunplay galore. It also had a surprising amount of heart;

Chow Yun-Fat plays a hit-man called John who wants to stop killing because of his conscience; he seeks aid from a forger to help him get papers to China. However, the drug-lord has hired replacements to finish the job and kill the hit-man. It’s not exactly deep but Chow Yun-Fat can even make an average film watchable due to his sheer charisma.

The action is pretty much all shoot-outs but they are so well shot that it really showed us that Antoine Fuqua was going to be an action director to watch.

Fuqua’s next film would be the little seen Bait starring Jamie Foxx; it’s so little seen that I haven’t even seen it. The plot is about an ex-con who is used by police to lure a criminal out of hiding. And… that’s about it, so let’s move on…

Ah now THIS I have seen; the one movie that made Fuqua’s name and even won Oscars, including best actor for Denzel: Training Day. On his first day on the job as a narcotics officer, a rookie cop goes on a 24-hour training course with a rogue detective who isn’t what he appears. Denzel gives a powerhouse performance but Ethan Hawke is also superb as the rookie cop Jake Hoyt who quickly finds out that he is way out of his depth. This was the film that really showed what a great director Fuqua is, getting the best from his actors and creating an original story that was unpredictable and at times tough to watch.  Some great moral questions are asked the Oscar was very well deserved. It’s pretty much essential for every movie fan.

His next big movie would be the Bruce Willis film Tears of the Sun; this movie is a dark tale, set in Africa and it pulls no punches in depicting a country in great turmoil. The story centres on a Special-Ops commander who leads his team into the Nigerian jungle in order to rescue a doctor who will only join them if they agree to save 70 refugees too.

Willis gives one of the best performances of his career in this harrowing tale which has some disturbing scenes of rape and torture which definitely don’t make it fun Saturday night fare. It will challenge you but the cast are excellent and there are some stunning action scenes. The finale in the fields with the jets is incredible and Fuqua’s direction gives it a genuine sense of scale.  Although not an easy watch, it’s still hugely entertaining and worth checking out.

In 2004 Fuqua would take on the challenge of bringing the myth of King Arthur to life with Clive Owen in the leading role. The film wasn’t much of a success but I actually quite enjoy it; Hans Zimmer’s score is one of his all-time greats with a really memorable theme tune. The battle scenes are stunning and it’s a movie that deserves a reappraisal. Sadly, Clive Owen was miscast as King Arthur and he lacked the charisma required to play such an iconic character. Still, the battles are spectacular and it looks great on Blu Ray too.

In 2007 Antoine Fuqua would work with Mark Wahlberg in an adaptation of the Bob Lee Swagger story Shooter. This movie tells the tale of a marksman (Bob Lee Swagger) living in exile who is coaxed back into action after learning of a plot to kill the President. Ultimately double-crossed and framed for the attempt, he goes on the run to find the real killer and the reason he was set up. One thing I loved about this movie was seeing Danny Glover as a villain; he doesn’t play that kind of role often so it was a refreshing change. The movie had several political themes and although it didn’t blow up the box office, there is plenty to enjoy with Wahlberg cutting his teeth as Swagger; a man with a past who is pushed too far by corrupt government officials. There’s plenty of action and the finale is particularly satisfying. This was another movie that showed that Fuqua wasn’t interested in making “dumb” action movies, but it actually has something to say.

In 2009 Fuqua directed Brooklyn’s finest; a dark and gritty tale about three unconnected Brooklyn cops who wind up at the same deadly location after enduring vastly different career paths. Richard Gere gives one of his best ever performances in this underrated cop thriller. With Brooklyn’s Finest we see that Fuqua doesn’t make the same movie twice. Every movie’s tone and style is different and he isn’t afraid to take risks. It’s not exactly cheery fare either but definitely worth checking out.

Now, in 2013 he made my personal favourite film of his: Olympus Has Fallen. The best Die Hard sequel that never was introduces us to disgraced former Presidential guard Mike Banning (Gerard Butler) who finds himself trapped inside the White House in the wake of a terrorist attack; using his inside knowledge, Banning works with national security to rescue the President from his kidnappers.

This is one of Butler’s best roles and I can’t wait for the London based sequel next year. The only thing I didn’t love about this movie was the CGI which took away from some of the action, but with Butler on badass form and an excellent villain in Rick Yune, the movie was pure old-school action at its best. It really felt like a Die Hard clone from the 90’s and I mean that in the very best way. The assault on the White House is one of the best action sequences of recent times and once again doesn’t skimp on the bodycount.

This is one thing I really love about Antoine Fuqua; he isn’t interested in making kiddie friendly movies; he likes ‘em hard R with plenty of violence, as it damn well should be.

Up next is The Equalizer which has Denzel teaming up with the director again and it is one of the best action movies you’ll see this year. You can check out my review from yesterday to see my thought on it so I won’t repeat myself there.

Up next is a documentary called Suge Knight who is the man behind Death Row Records. Then there is a movie called Southpaw starring Jake Gylenhaal; the story is about a boxer who fights his way to the top, only to find his life falling apart around him.

So, although Antoine Fuqua may not be a recognisable name like Cameron or McTiernan, he has enough awesome action movies under his belt to be considered a true legend of action.