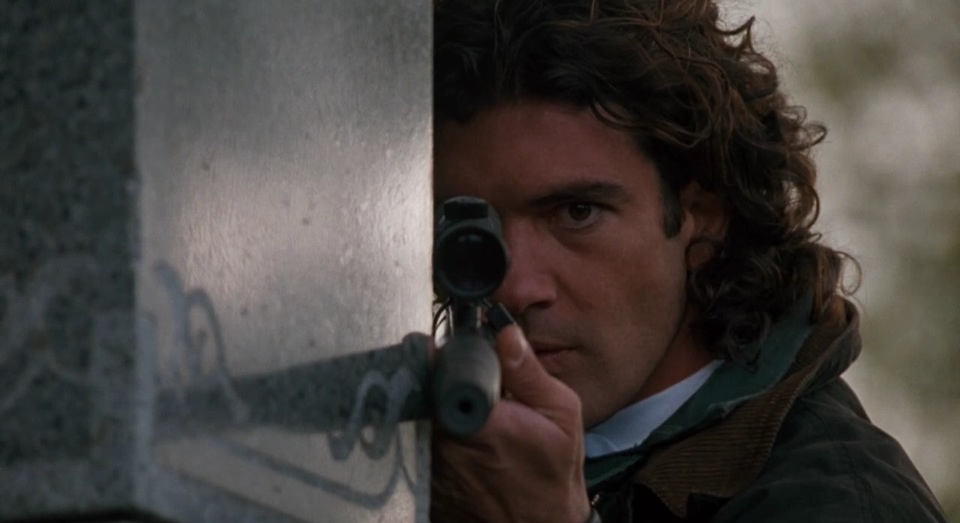 Antonio Banderas has had an amazing and varied career where he has dabbled in every genre; he struck gold with the character Puss in Boots in the Shrek movies (and beyond) but action fans will know him best as El Mariachi in Robert Rodriguez’s Desperado and Once Upon a Time in Mexico.

Although it is largely forgotten about today I always really enjoyed him as the insane killer for hire Miguel Bain in Assassins co-starring Sylvester Stallone.

Banderas would also play the legendary hero Zorro in The Mask of Zorro & The Legend of Zorro; I loved Mask of Zorro but Legend was definitely the inferior sequel and the plot just didn’t work for me.

The 13th Warrior is another underrated gem starring Banderas where he plays a man, having fallen in love with the wrong woman, who is sent by the sultan himself on a diplomatic mission to a distant land as an ambassador. Stopping at a Viking village port to restock on supplies, he finds himself unwittingly embroiled on a quest to banish a mysterious threat in a distant Viking land. Directed by John McTiernan it deserves a reappraisal.

The critically reviled Ballistic: Ecks vs. Sever is seen as one of his weaker efforts; I watched it once a few years ago and didn’t really hate it but I struggle to remember anything about it.

Although more family pictures the Spy Kids trilogy from Robert Rodriguez were incredibly popular and gained a massive following.

He would go on to make other action movies like The Big Bang and the awesome Haywire alongside Gina Carano; Banderas also starred in Machete Kills with Danny Trejo.

In 2014 he would play Galgo, the chatty and rather annoying character in The Expendables 3; what should have been the best entry in the series essentially killed the franchise due to watered down action and too much focus on the younger recruits. Banderas still was one of my favourite aspects and I thought in the second half he kicked incredible amounts of ass.

Last year he starred in Security which was essentially Die Hard in a mall but not one to ever phone in a single performance, he made the film a lot of fun with Ben Kingsley on villain duties.

Later in 2017 Banderas would work with the great Isaac Florentine on Acts of Vengeance where he searches for the people who attacked and killed his family. The fight scenes were superb and demonstrated Banderas’ dedication to his roles. He would also work with Con Air director Simon West on action comedy Gun Shy and then move on to crime drama Bullet Head which came out a few months ago.

Later this year Antonio Banderas will have a role in Beyond the Edge directed by Aleksandr Boguslavskiy and Francesco Cinquemani.

The quote at the top is something Antonio Banderas said to my brother on the red carpet for The Expendables 3 in London and frankly I hope he continues to work in the genre for as long as he can.