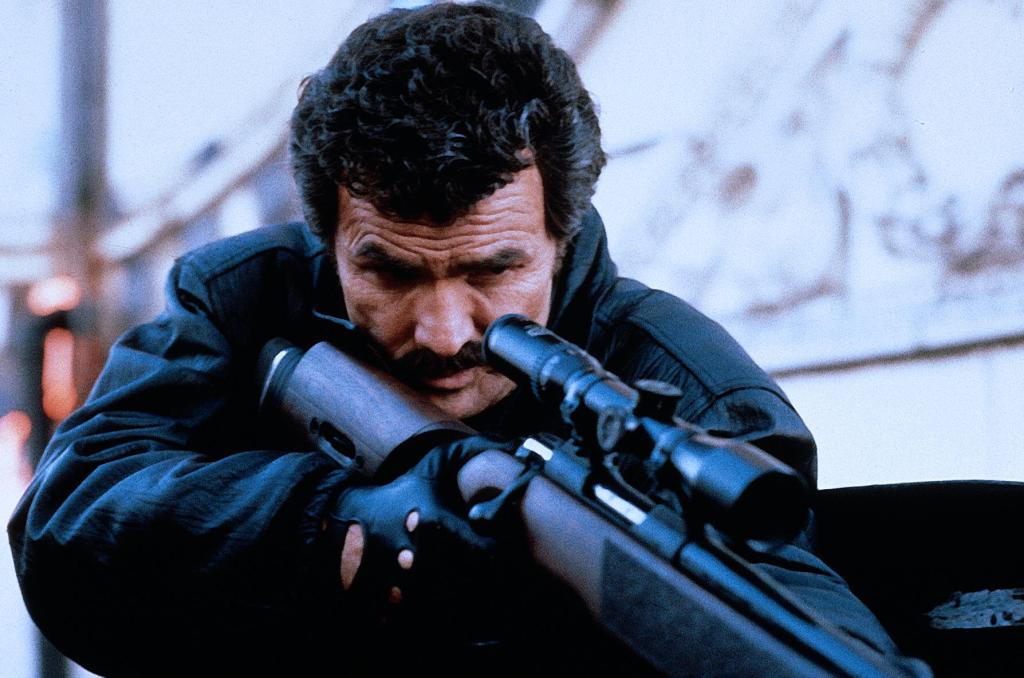 Today would have marked Burt Reynold’s 83rd birthday so I thought it was about time we paid tribute to him as there is no doubt he is a legend of action; yes, he dabbled in many genres but he has enough action flicks under his belt to be worthy of the title.

There were few actors who exuded onscreen charm and charisma the way Reynold’s did; always popular with the ladies he was the lovable rogue that was never less than entertaining to watch no matter the role.

He was also never short on memorable quotes in real life with some zingers like “My movies were the kind they show in prisons and airplanes, because nobody can leave” and “Marriage is about the most expensive way for the average man to get laundry done.”

Like most of us his career had its highs and lows and he didn’t have too many box office hits in the 90’s (also starring the disappointing Universal Soldier II and III). It wasn’t until Boogie Nights in 1997 where he was briefly back on top but he would then do several TV movies and shows.

I prefer to focus more on some of the movies which brought me great joy; my brother and I recently watched Cannonball Run again and it still holds up as a rollicking fun movie with plenty of laughs and crazy action. Malone is one of his most badass characters and one of my favourite action flicks of his and even has him walking away from an explosion in slow motion. Deliverance is every bit as powerful as it was at the time of release and may well be his finest hour. White Lightning is a classic car movie with some fantastic chase scenes which still hold up today.

Heat is an underrated gem and was recently remade with Jason Statham entitled Wild Card but I do enjoy both versions; I think I prefer Reynolds in the role as believe it or not I thought he came across more threatening in the opening bar scene.

Reynolds passed away last September but his mark on cinema will never be forgotten.