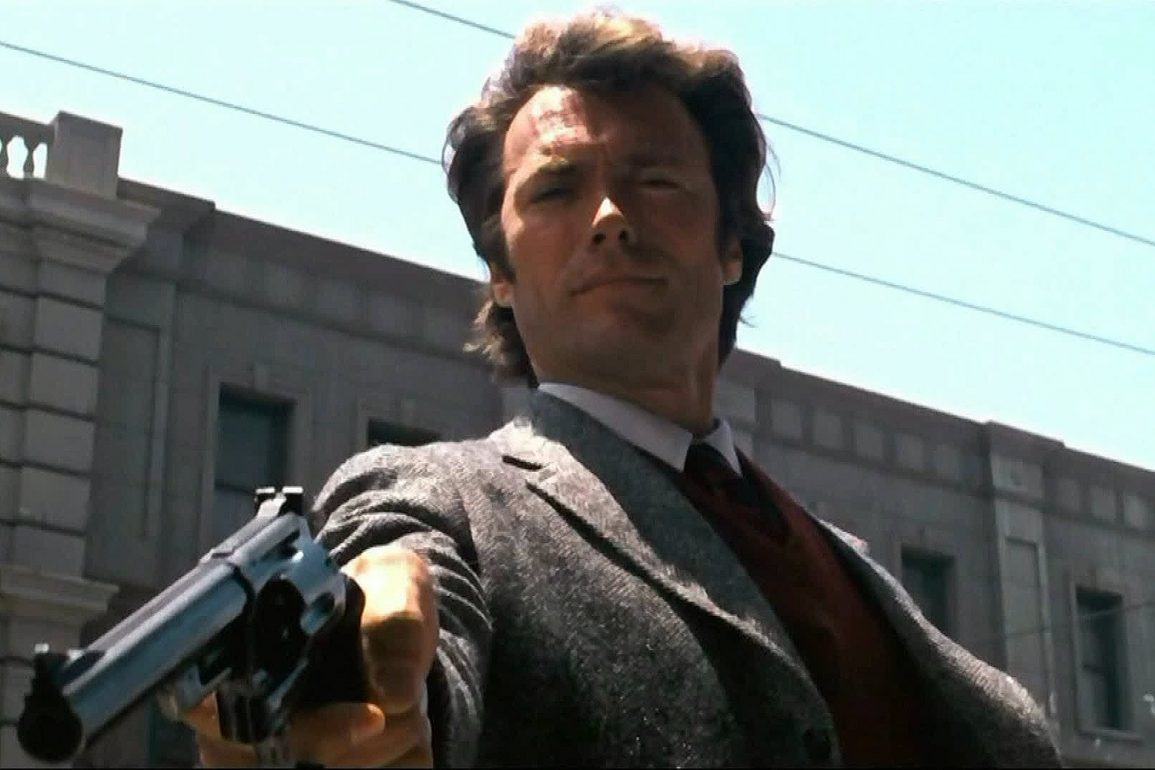 The man, the myth, the legend. If you do not worship at the altar of Clint, then you are an old man and a fool!

Dirty Harry. Need I say more? Well, alright then if you insist. Dirty Harry is arguably my all time favourite movie character; there’s no way you would get away with that kind of character today with all the politically correct bullshit floating about.

He was tough as nails, took no prisoners and really was the first badass action hero. His dialogue is acerbic and his attitude was old school; if you’re breaking the law, you’re going down, one way or the other. No super powers, no cape, just balls of solid steel. The Dirty Harry movies had the best Shouty Police Chief moments as well, which became an action movie staple.

Clint has starred in countless westerns, all of which are worth a watch, especially the Dollars Trilogy. One of my favourite movies of his is In The Line of Fire (arguably John Malkovich’s best role too). The film was tense, exciting and showed that you don’t have to be under 40 to be an action star.

Even now in his 80’s he is still kicking ass, with classics like Gran Torino. He could show a lot of the sissy youngsters of today a thing or two about badassery as well.

I especially love how Clint has always been strongly anti-political correctness, like me. In this modern age where the alpha male has been watered down and almost neutered, watching his movies reminds us what men can be: Cool, tough and don’t give a damn.

There will never be another like him, so let’s pour a drink and a raise a glass to the greatest badass in cinema history. Go ahead, make my day.