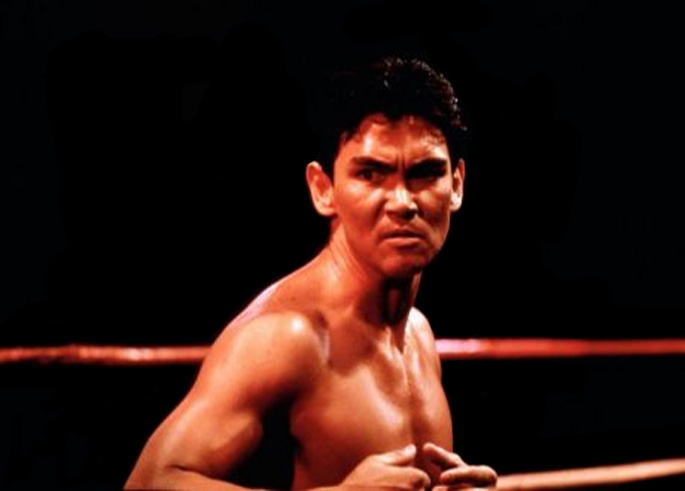 Don Wilson is an 11-time kickboxing world champion who has scored 47 knockouts in four decades; he’s also a European Martial Arts Hall of Famer and an action film actor.

He has proven himself one of the hardest working action heroes in the business and his Bloodfist series has become incredibly popular with genre fans with 8 movies in the franchise.

To me, there is nothing better than an action star who is the real deal; when you watch his fight scenes you believe it because he comes from a real life fighting background, which adds authenticity to the action.

Over the past few years Don has been working with Cynthia Rothrock on several movies, including White Tiger, Sci-Fighter and the upcoming The Martial Arts Kid.

The Martial Arts Kid is an anti-bullying film with a positive message. The story is about a troubled teen from Cleveland who experiences bullying in Cocoa Beach, who soon learns Martial Arts to gain confidence and self-defense skills.

I like how this portrays martial arts in a more positive light instead of just destroying an opponent or someone going out for revenge.

Any time you see him interviewed, Don comes across as a genuinely decent human being with a big heart. When asked about acting once he responded: “I approach acting the same way I did kickboxing. You have to have a positive attitude. If I began the fight game thinking I couldn’t be champion, then there was no way to reach the top. I have to have the same positive attitude towards acting.”

Don and Cynthia also have their own clothing range called Traditionz; the message behind the clothing line is “By promoting and popularizing our product line we hope to expand the martial arts fan base already established throughout the world. Our faith in the benefits and good affects that studying the martial arts can have on an individual, “inspired” the concept of a new clothing line which highlights those values”.

Don recently starred alongside Lou Ferrigno in the short film Liberator; it paints a picture of a larger world which I would love to see expanded on in a feature length movie.

He also has a role in the upcoming The Scorpion King 4: Quest for Power where Don will star along with Victor Webster, Michael Biehn and Lou Ferrigno to name but a few cast members.

With roles in Killing the Seeds, The Masters Legacy , The Reel Deal , One More Round , White Tiger and The Whole World at Our Feet coming up it doesn’t look like Don Wilson is going to be slowing down any time soon and that’s just the way we like it.