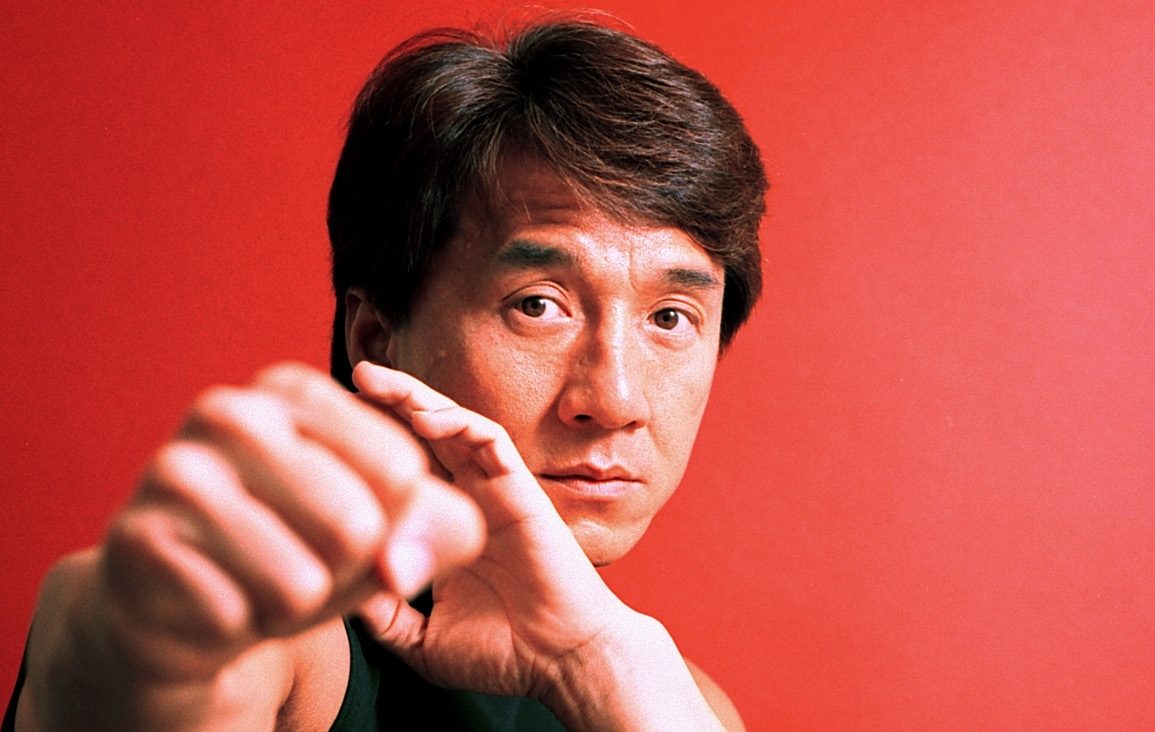 The very first Chan movie I ever saw was Master with Cracked Fingers from 1971; even from waaay back then Jackie Chan had “star” written all over him. I got the movie as part of a VHS box set along with Drunken Master and from that point on his legendary status was guaranteed.

His filmography is too vast to go into here, but one thing I want to draw attention to and I hope future martial arts stars take note: Chan has done pretty much all of his own stunts and there are few things more impressive than that except perhaps his martial arts prowess.

Long before the days of CGI filled action movies, Chan was a human cartoon moving inhumanly fast, kicking plenty of ass and making us all smile at the same time.

While performing his own stunts, he has broken his nose three times, his ankle once, most of the fingers in his hand, both cheekbones and his skull. Ouch! If that’s not dedication, I don’t know what is! I love how he also expects the actors & actresses in his movies to do their own stunts as well. For me there is nothing more impressive than a real stunt and Chan never fails to deliver. Interesting Tidbit: He also tends to use everyday items as props to enhance his stunts.

Jackie Chan’s role models are Charles Chaplin, Buster Keaton and Harold Lloyd, which is apparent in most his movies as he usually has lots of slapstick humour to go along with the insane stunts.

According to his IMDB page Jackie was apprenticed to the China Drama Academy by his parents at the age of 6, he was rigorously trained in music, dance, and traditional martial arts. A visiting filmmaker offered Chan his first small role as a stunt player. Chan took the part, and soon left the Opera to pursue the world of film.

In the early 1970s Chan commenced his movie career and appeared in minor roles in two films starring then rising martial arts superstar Bruce Lee: Fist of Fury (1972), and the Warner Bros. production Enter the Dragon (1973). Not long after Lee’s untimely death Chan was often cast in films cashing in on the success of Bruce Lee by utilizing words like “fist”, “fury” or “dragon” in their US release titles.

Rumble in the Bronx remains one of his most popular Hollywood movies but it would be The Rush Hour trilogy which starred Chan and Chris Tucker that really made him a huge box office success in the US; it also made him a household name with the next generation of action fans.

My personal favourites include the Police Story series, the Protector and the Drunken master movies.

Over the years Jackie Chan has developed one of the biggest (and most loyal) fan bases of any martial arts superstar; on his Facebook Page alone he has over 30 million “likes” and he remains one of the most beloved action icons of all time.