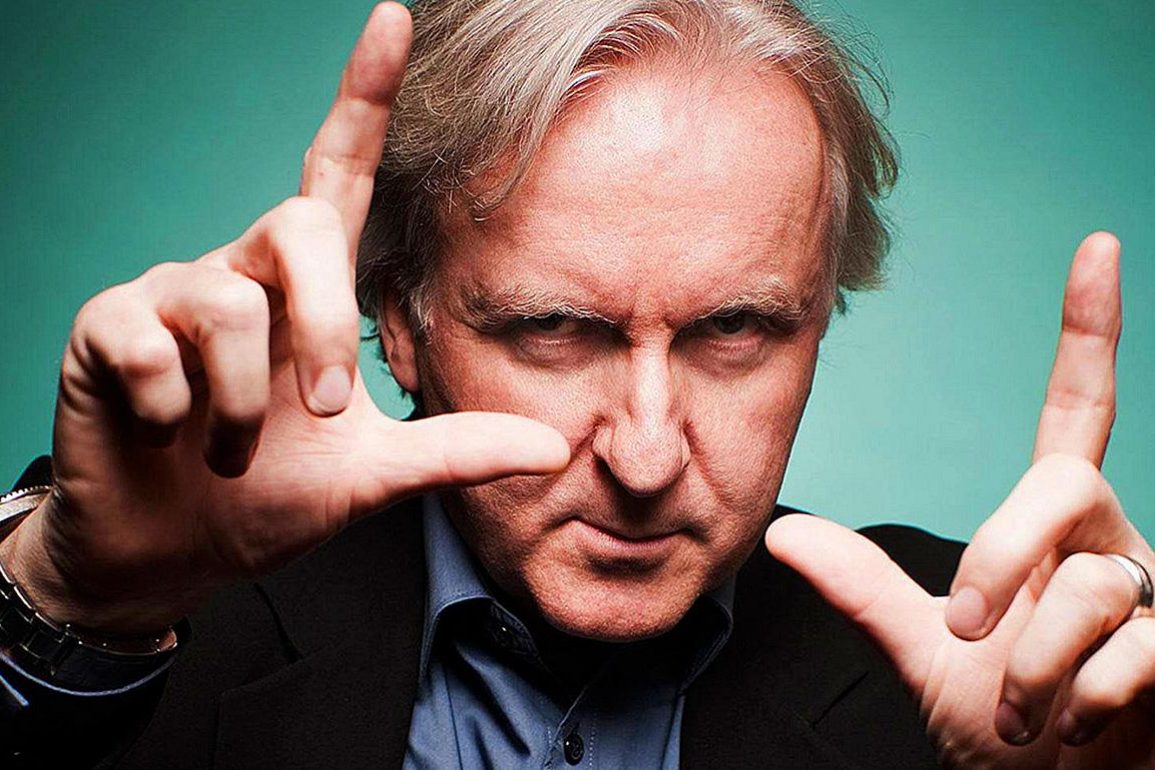 Now here is a man who needs no introduction; in fact, he’s no man; he is a LEGEND. I consider Cameron to be the greatest action director of all time.  He has created so many classic action movies that it’s hard to know where to begin.

The start is usually the best place; Cameron was born in Kapuskasing, Ontario, Canada in 1954. His paternal great-great-great-grandfather apparently emigrated from Balquhidder, Scotland in 1825; thus, he descends from Clan Cameron (I knew I liked him).

James Cameron’s first directorial feature was the Roger Corman “classic” Piranha 2; he actually had worked at Corman’s company previously and got the job as the original director quit due to “creative differences”.

Apparently while shooting Piranha 2, Cameron was stricken with food poisoning. One night he had a nightmare about an invincible robot hit man sent from the future to kill him, giving him the idea for his next feature: The Terminator.

He spent his time going around different production companies trying to sell the script but no one was interested because he had the quid pro quo that he HAD to direct.  Eventually, producer Gale Anne Hurd would buy the script for $1 and Cameron was allowed to direct The Terminator, which would become one of the most influential action movies of all time.

In 1986 he directed one of the greatest sequels ever: Aliens; for me it was easily the best of the franchise and focuses more on action rather than scares. It slowly builds up tension in the first half and then unleashes some truly spectacular action in the second half.

For me though, his masterpiece is Terminator 2: Judgment Day.  That opening scene with the amazing theme tune; industrial, imposing and also sad.

That’s why the first two Terminator movies work so well; there is a feeling of impending doom and sadness, where the future war is inevitable and billions of people WILL die.  They kinda lost that with the 3rd movie but I stand by the fourth movie as I think it had its moments.

Now, this may surprise you but I consider his weakest film to be True Lies.  I enjoy it, but for some reason I never found it to be amazing. It has some great set pieces but… I dunno; it just didn’t do anything for me.  I will say that his movies do tend to be a little long and could use a bit more editing.

The Abyss is a hugely underrated movie; it actually managed to be unlike any movie I’d seen before. Michael Biehn stole the movie as a batshit crazy marine but also has great performances by Ed Harris and the rest of the crew. Also the score by Alan Silvestri is legendary.

Titanic certainly has some amazing visuals but the script was a little weak and it was more about scale and spectacle rather than any truly great dialogue/characters. But I’ll wait until I make a film that makes a billion dollars before castigating it.

Now on to Avatar; since the movie ended up destroying box office records, everyone loves to jump on the bandwagon and say “oh it’s just a rip off of Dances with Wolves, blah, blah.” Guess what? Everything is a rip-off of something else. There are only 7 stories you can tell, so I consider this argument moot.

I LOVED Avatar and thought the visuals were mind blowing. The sheer imagination of it whisked me away to another world.

Although the movie isn’t perfect (some dialogue is kinda crap) it didn’t detract from the film for me. I went in expecting an action spectacle and Avatar delivered. I particularly love the Blu Ray Extended Cut with the Blade Runner-esque opening, very cool.

I look forward to seeing what Cameron will do in the future, but it looks like he’ll be buying a timeshare on Pandora while filming another 3 sequels to Avatar.

Overall, James Cameron is an innovator; never afraid to take a risk and he’s one of the most visionary directors of all time.