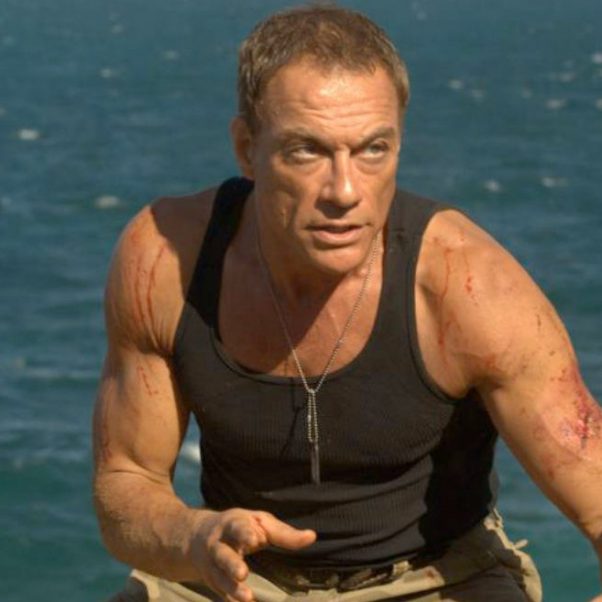 I grew up watching Jean-Claude Van Damme’s films; I have every single one on DVD. He is actually one of my all time favourite action heroes as I used to go to the cinema and watch any of his new releases with my Dad.  I think we saw Hard Target, Timecop and Sudden Death, three times each. Watching Expendables 2 on the big screen with my dad once more was like being transported back to my childhood and all those happy memories.

Jean-Claude Camille François Van Varenberg was born on 18 October 1960 in Berchem-Sainte-Agathe, Brussels, Belgium. He would later use his professional name Jean-Claude Van Damme; which definitely roles off the tongue a little easier.

He studied martial arts from the age of 10 and achieved fame in Belgium through martial arts and body-building. In 1982 he moved to the States to pursue his dream of acting in Hollywood but it wouldn’t be until 1987 where he would achieve mainstream success in the martial arts classic Bloodsport.

Van Damme would then star in a series of successful martial arts actioners including Death Warrant, Cyborg, Double Impact, Lionheart and Kickboxer. Death Warrant remains a personal favourite as I love Patrick Kilpatrick as the Sandman and the final fight scene is awesome.

In 1992 JCVD starred in Universal Soldier alongside Dolph Lundgren; I was lucky enough to see it on the big screen which to this day remains my all time favourite JCVD flick. “You’re discharged Sarge”; still the greatest bad guy death EVER.

He would have more success with Nowhere to Run, Hard Target, Sudden Death and Timecop in the 90’s which were the pinnacle of his career.

His directorial debut The Quest is a beautifully shot action epic with some fantastic fight scenes and choreography; it also has a fabulous music score.

After some dark times in the late 90’s/early 2000’s JCVD came back with some more great action movies including Wake of Death and the visceral In Hell which is one of the best prison movies of all time. It will haunt you for weeks.

Some of my personal favourite movies of his from the past 10 years are Universal Soldier: Regeneration & Day of Reckoning and the critically acclaimed JCVD. JCVD of course, not really being an action flick but more of an on-screen catharsis. He gave an amazing performance and like the critics said, he should have recieved an Oscar. Stunning stuff.

Van Damme teamed up with John Hyams, son of the legendary Peter Hyams and created something very special and unique with the two Universal Soldier Movies and I would love for them to work together soon on the next chapter.

He had one of his all time greatest roles as Jean Vilain in the Expendables 2 and 2012 was one of his best years in recent times. He also starred in the hard hitting human trafficking movie 6 Bullets and the previously mentioned Uni Sol: Day of Reckoning. All 3 are in my top ten for the best action movies of 2012. Later this year Van Damme will try his hand at comedy in Welcome to the Jungle and he will team up with Peter Hyams again in the highly anticipated actioner Enemies Closer.

We still await his most recent directorial effort The Eagle Path or Full Love as it is now known but his son Kris told me recently that the film wouldn’t be out until maybe 2014.

Either way whenever Jean-Claude Van Damme will have a film out, we will always support him as he is one of the greatest action heroes of all time.