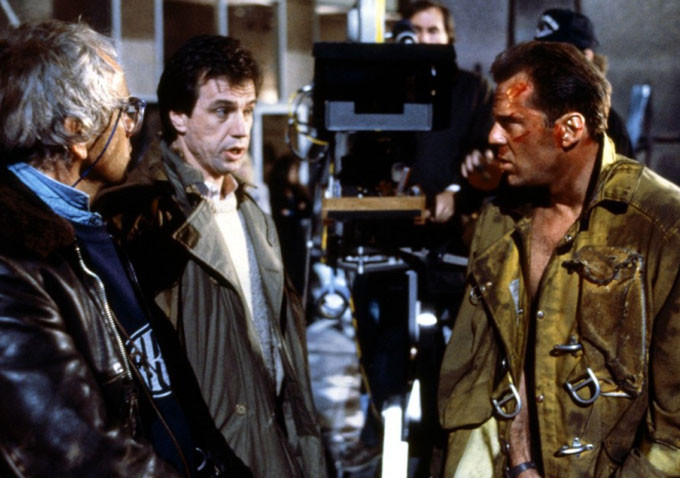 To celebrate his release from prison I figure there’s no better day than today to pay tribute to one of the greatest action directors of all time: John McTiernan.

McTiernan is the man who directed arguably the best action movie of all time, a little film called Die Hard. Yeah, I’ve never heard of it either.

He also directed Die Hard With a Vengeance, which may well be my favourite of the franchise. So far, he’s the only director who completely understands the character of John McClane… because he helped to create him.

He also made another little known film called Predator which remains one of Arnold Schwarzenegger’s finest movies. It was an ensemble piece and after watching it recently it got me thinking that McTiernan is the best director for an Expendables movie.

The Hunt for Red October was quite a different movie for him as it was a slow burn thriller but it is arguably the best Jack Ryan movie yet with great performances by Alec Baldwin and Sean Connery.

John McTiernan would direct Arnie again in the criminally underrated Last Action Hero which was a brilliant satire of the genre he helped build and watching it today, you realize just how ahead of its time it was. Written by Shane Black, it’s no wonder it had such a smart script.

His directorial style is known for using very active movement of camera and connecting separate shots with a camera pan. McTiernan also liked to use lens flare, even in Die Hard which would have a sound effect synced up to a flare.

Interestingly enough, he was in line to direct Batman Forever, Commando and Predator 2 but turned them down.

He would remake of Norman Jewison’s films: The Thomas Crown Affair (1968) and Rollerball (1975); Rollerball turned into a bit of a disaster and was a critical and commercial failure.

One of his more underrated features was The 13th Warrior with Antonio Banderas and was about the Vikings; it was an interesting concept with great performances from the cast and if you haven’t seen it then it’s worth checking out.

Basic and Rollerball were his last two features before he would be sent to prison in a criminal-wiretapping case filed by the U.S. District Attorney for Los Angeles. According to IMDB “McTiernan plead guilty to lying to F.B.I. agents about requesting to have Anthony Pellicano investigate producer Charles Roven during production of Rollerball (2002). Sentenced to four months in federal prison on 09/24/07, the plea was withdrawn and restated as innocent since a statement had been given to the FBI when McTiernan was admittedly suffering jet-lag and drunk after arriving in US from UK trip. Case was tried and US conviction was handed down on 10/4/2010 by US District Judge Dale Fischer with one-year sentence and $100,000 USD fine against McTiernan.”

Now that he is a free man again, John McTiernan’s is back in action with upcoming actioner Red Squad which is about the DEA dispatching a team of mercenaries to take out a Mexican drug cartel.

With any luck Fox can bring him back to direct Die Hard 6 and redeem the franchise’s name and end on a high. Expendables 4 wouldn’t hurt either. Either way, welcome home, John.