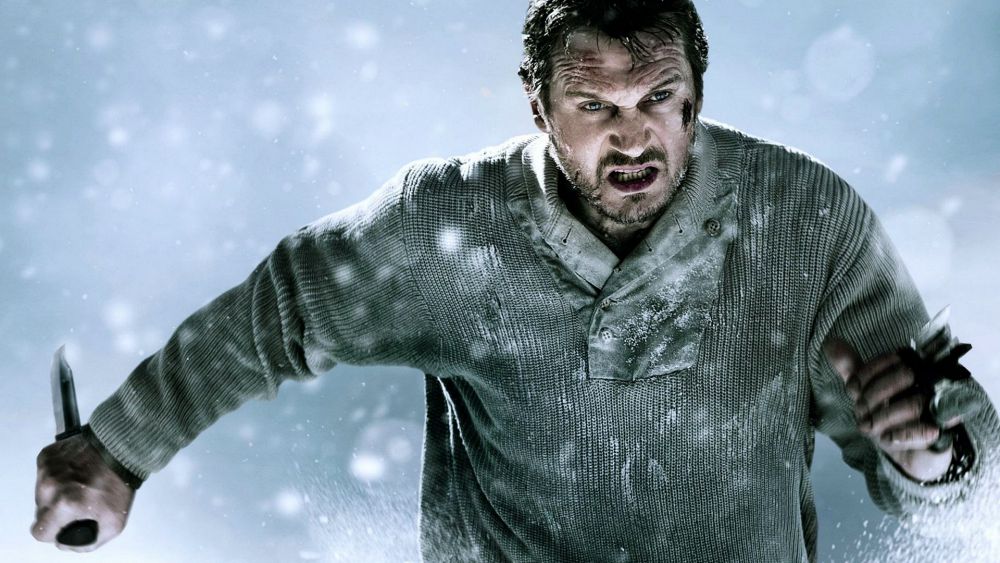 I think it’s safe to say that our Liam has earned a place amongst the action greats. With his roles in Batman Begins, Star Wars, The A-Team, The Grey, The Dead Pool, Clash/Wrath of the Titans and Taken to name but a few; he has established that he really needs a role in the Expendables 3.

Liam Neeson was born in Northern Ireland, UK, where he worked as a forklift operator for Guinness; he also tried his hand at being a truck driver, assistant architect and an amateur boxer. He had originally sought a career as a teacher by attending St. Mary’s Teaching College in Belfast but turned his talents towards acting.

With his huge height and gravelly Irish accent he would be a formidable force on screen.

He would have a lot of supporting roles in movies such as Krull, Excalibur and The Mission but would really make a name for himself in the comic adaptation Darkman, directed by one Sam Raimi. The film remains a bit of an underrated gem and has some really great action scenes.

His next actiony role would be in the 1995 movie Rob Roy, where he would play the legendary Scot (hooray!) battling against the evil English (bastards).

In 1999 he’d star in the most anticipated movie of all time Star Wars Episode 1: The Phantom Menace, where he would play Obi-Wan Kenobi’s mentor Qui-Gon Jinn. Wow, that sounds great! What could possibly….go….wrong….oh dear. But Liam was still good in it.

He would go on to play mentor figures in several films including the 2005 film Batman Begins where he would also end up as the villain Ras Al Ghul. Rumour has it that he’ll have a small role in the upcoming The Dark Knight Rises.

A shout out must be given to Lord Ridley of Scott for having Liam star in the underrated Kingdom of Heaven, which is a lot better in its Director’s Cut form.

Liam’s roles in Clash/Wrath of the Titans would end up being the best thing about the films which would have impressive visuals, great casts but forgettable dialogue.

He would star in a reboot of The A-Team which sadly didn’t strike a chord with audiences and practically died at the box office. It’s a very underrated action movie and deserves more love than it gets.

It would be in 2008 where Liam Neeson would find the role that defined his career: Taken, where he plays retired CIA agent Brian Mills who will stop at nothing to rescue his daughter from a gang of human traffickers.

It appeared out of nowhere but ended up destroying the box office making over 200 million worldwide. Never underestimate Luc Besson… or Neeson. Later this year Brian Mills returns to our screens as the families of his victims seek revenge. Expect more asses to be kicked and heads to roll; you’d think they’d learn by now that you just don’t mess with Mills.

Neeson has proven, along with Sly Stallone that you don’t need to be young to be an ass-kicking action hero; in fact it helps if you’re older as there is no one up and coming that will ever take Neeson’s place as a Legend of Action. If anyone should try; Liam will find you… and well, you know the rest.