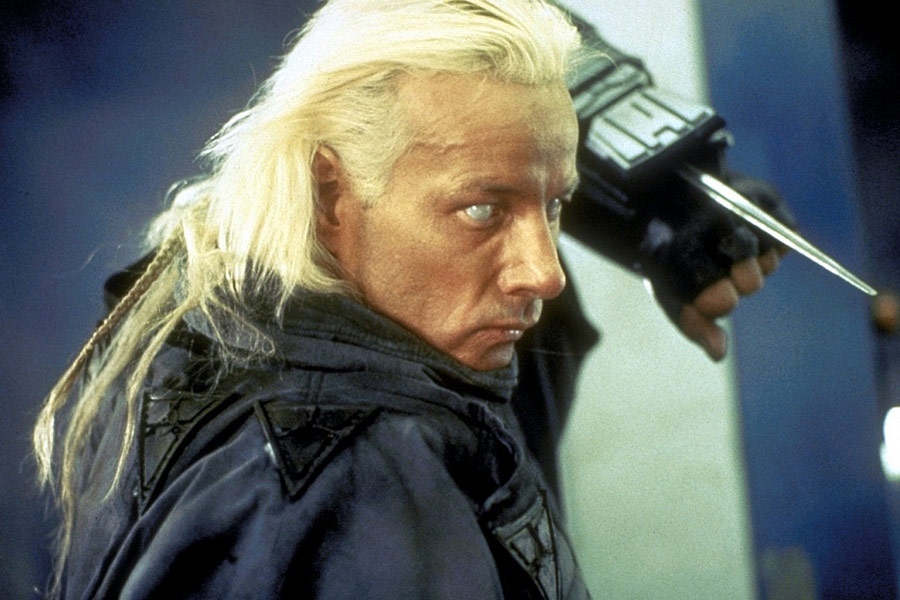 Matthias Hues has been working in the action genre for over 20 years and frankly he’s barely aged a day. Instantly recognizable for his long blonde hair and huge frame, he is always an imposing figure on screen and his fight scenes are always authentic looking.

He was born on Valentine’s Day in Waltrop, Germany, to the late Dr. Josef Hues and Maria Humperdinck Hues. Hues started out wanting to be a hotel manager but would eventually get the entertainment bug and moved to Los Angeles.

He trained at the legendary Gold’s Gym and due to his massive physique, he quickly made a name for himself in low budget action movies.

Hues is best known for his role as the vicious alien serial killer from the Dolph Lundgren classic I Come in Peace AKA Dark Angel. He’s mostly played villains and his movies usually end with an awesome fight scene, resulting in a violent death for Mr. Hues. My personal favourite roles of his are in Mission of Justice with Jeff Wincott, I Come in Peace and TC2000 with Billy Blanks and Bolo Young.

He holds a black belt in Tae Kwon Do and he is also skilled in kickboxing, making him the perfect fit for the action genre.

I was lucky enough to interview him a few months back and although he would love a part in The Expendables series, he think it would be unlikely because of how similar he looks to Dolph Lundgren. I don’t think he’s THAT similar and would personally love to see him in the series… as a good guy.

Matthias has several upcoming movies including The Rogue, 1066 and Angel of Death, so he’s showing no signs of retiring any time soon.

In fact, just check out his filmography below:

1987 No Retreat, No Surrender 2: Raging Thunder