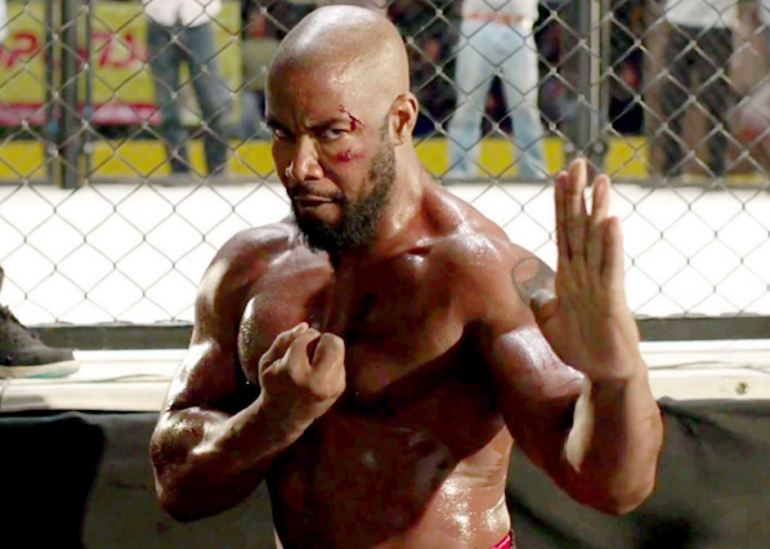 Michael Jai White may not have the name recognition of Arnie or Sly, however he is still every bit an action legend.

White is a former teacher who didn’t get his breakout role until the HBO movie Tyson came along in 1995. He first came to prominence with mass audiences in the 1997 film Spawn and despite the movie’s flaws became one of the next action stars. He was also the first African American to play a major comic book superhero in a motion picture.

He would go on to star in some classic action movies including Undisputed II: Last Man Standing, Never Backdown II: The Beatdown (also his directorial debit), Blood and Bone, Tactical Force (with Steve Austin) and Exit Wounds (with Steven Seagal). Michael would also get to play a villain in Universal Soldier: The Return and in 2008 was asked why he was so serious by Heath Ledger’s Joker in The Dark Knight. He filmed a scene for Kill Bill: Volume 2 which sadly didn’t make the final cut of the film but because I love you, I’ve posted it below.

Michael Jai White has not only proven that he has martial arts prowess, but also comic timing. His movie Black Dynamite remains one of the funniest films I’ve seen in a long time and is a classic parody of the Blaxpolitation genre. An animated TV series already making the rounds. He has also worked with Tyler Perry on several “Madea” films and TV shows.

His career has gone from strength to strength and doesn’t show any signs of slowing down. So what say you, a role in The Expendables 3 for him? Damn right!