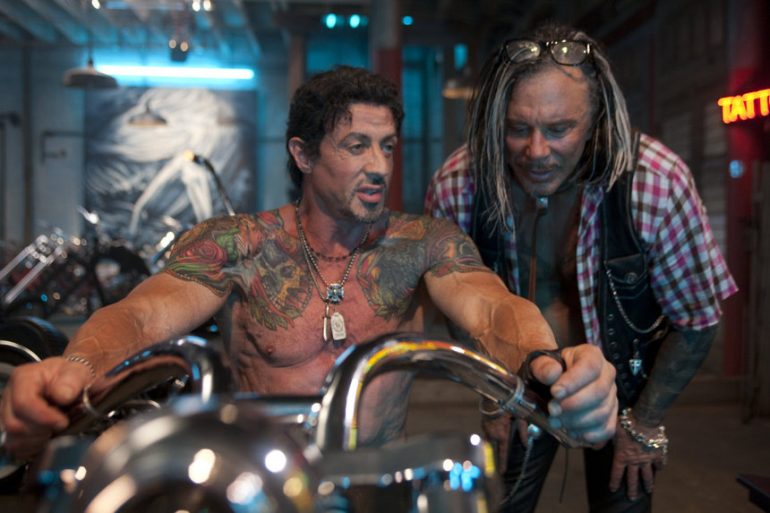 At first glance, you may think, Mickey Rourke? Has he done that many action movies? Why yes he has; in the late 80’s he starred in a few sexy movies like 9 & 1/2 Weeks and Wild Orchid but then moved in to the action genre.

His first major action role was in the Walter Hill movie Johnny Handsome where he plays a deformed criminal who is betrayed by his friends and left for dead. He gets a face-lift and plots a brutal revenge on the people that tried to kill him. The film was hit and miss but Rourke’s performance was excellent, making the character sympathetic but not pathetic. He wasn’t exactly a nice guy so he wasn’t a one dimensional character. It also had a great score from Ry Cooder.

In 1991 he starred in one of my very favourite films of his: Harley Davidson and the Marlboro Man with Don Johnson. The film was poorly received by audiences and critics which is a shame as I loved it. It had bar fights, strip clubs, gratuitous nudity and plenty of action. This does not compute! Rourke showed the looks and charm that enticed the ladies with his “bad boy” routine and also got to beat up plenty of bad guys. It remains one of my favourite buddy movies. The music once again was awesome and I still listen to it regularly to this day.

Rourke would star as a villain across from Jean-Claude Van Damme in the ill-conceived Double Team where Rourke once again stole the movie. His bad guy wasn’t a heartless monster; he was a man devastated by the loss of his child. Rather than make it a more emotional action thriller, they added Dennis Rodman (?!?!) and turned it into some nonsense about an “island”. It does however have a great fight scene between JCVD and Rourke at the end and props must be given for Rourke’s wicked bad guy death.

In 2000 he starred alongside Sly Stallone in a Get Carter remake, which was incredibly stylish but wasn’t very engaging. Rourke once again played the bad guy and was the highlight of the movie.

In Once Upon a Time in Mexico Rourke played Billy, a man who is tired of the criminal lifestyle and desperately tries to find a way out. It was a smaller role but he was one of the highlights in an otherwise disappointing film.

He had a small role in Man on Fire, the classic actioner starring Denzel Washington and directed by the late, great Tony Scott. He would also work with Scott on the underrated Domino with Keira Knightley. The film has a crazy visual style that really works for the film and although not a huge box office hit, it has developed a cult following.

In 2005 Rourke would play one of the best roles of his career, Marv in Sin City. He owned the entire movie and gave a powerhouse performance. This is arguably my favourite film of his. It’s almost a nod to his Johnny Handsome character as Marv is also a deformed badass, except he is strangely lovable and you root for him from the start.

In 2008 he would be nominated for an Oscar for his performance in The Wrestler, an incredibly moving tale about a washed up wrestler trying to reconcile with his daughter. It’s not exactly feelgood stuff, but his performance was phenomenal and he frankly should have won the Oscar.

In 2010 he starred with Jason Statham in the movie 13 which was a failure on nearly every level, but Rourke as always was one of the saving graces of the movie. He would then go on to play Whiplash in Iron Man 2 and would become the best thing about the otherwise disjointed film. He was sadly underused and the film was a bit of a mess but Rourke saved the movie.

He would then star in a little known movie called the Expendables, yeah I’ve never heard of it either. His monologue scene remains the best scene in both Expendables movies. He was the best actor involved in the movies and my tears well up every time he gives that speech.

In 2011 he starred in the visually spectacular Immortals which was one of my favourite movies of that year. Just for a change he would play the villain and boy was a he a nasty piece of work. A sadistic nutjob who would not let anyone or anything stand in his way.

Next year he stars in Dead in Tombstone, a western alongside Danny Trejo and directed by Roel Reine.He will also return to his role as Marv in Sin City 2.

So there you have it, Mickey Rourke, a true legend of action who can not only kick plenty of ass but he can act while doing it.