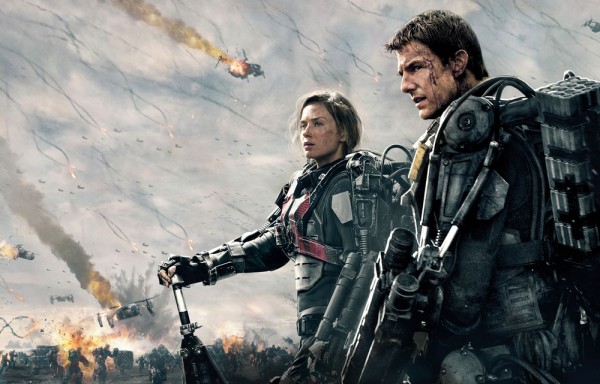 I know, you’re probably thinking Tom Cruise? And I retort with Hell Yes! The majority of Tom Cruise’s movies have been action blockbusters. Let’s take a look at his resume: Top Gun, Days of Thunder, Oblivion, Minority Report, Mission: Impossible 1-4, Jack Reacher, War of the Worlds, The Last Samurai, Knight and Day and Collateral to name but a few.

That is a resume to be proud of and in every one these films Cruise gives a fantastic performance.

Top Gun cemented Tom Cruise as a household name and the arrogant, yet likable Maverick has become one of his most iconic roles. The aerial dogfights are still jaw-dropping to this day and I’m amazed that there haven’t been more “plane” movies.

A sequel to Top Gun was in development and Cruise was even scouting locations with Tony Scott lined up to direct once more. When Scott tragically took his own life last year, plans for a sequel were scrapped.

Sure Days of Thunder may not have been quite as amazing as it could have been but it was good fun and nicely shot too. The fact that Cruise’s character is called Cole Trickle only makes it more awesome. The driving scenes were impressively done and it also has the added bonus of Robert Duvall in the cast.

Cruise also tried his hand with a few legal thrillers including The Firm and A Few Good Men; the latter I watch every time it’s on TV as it has one of the best casts of all time. It is rather cheesy in places but is a bit of a classic.

The Mission: Impossible series manages to be very different with each entry in the series and although using mostly the same cast, they manage to change up the style each time. Ghost Protocol was a monster smash hit although my personal favourite will always be Part 2.

I’m sorry but John Woo rocks and the action scenes in the film are spectacular. To me, the weakest entry in the franchise is arguably part 3 which I can never seem to remember. I just know that Philip Seymour Hoffman was a great bad guy but the story was bland and forgettable.

Although I wasn’t a massive fan of Minority Report it has proven to be one of the most influential movies of all time with regards to real life technology. All of the touch screens and futuristic advertising campaigns are pretty much all real today. Cruise gives a very different performance than usual not playing a cocky hero but a broken man, trying to get over the death of his son. He is then forced to go on the run to prove his innocence when framed for a future murder. Spielberg directed with some impressive visuals but I wasn’t a fan of the colour drain look which just made it really depressing.

My personal favourite Cruise role is Vincent the Hitman in Michael Mann’s Collateral. Cruise has never been cooler and he actually really suits the grey hair. The film is beautifully shot with the usual fantastic music choices of Michael Mann. Even Jamie Foxx who I am not normally a huge fan of gives a good performance as Max, the cabbie forced to help Vincent on his one night mission. The two men form a strange bond and Max finds himself shocked that Vincent seems to understand him so well. I really can’t praise this film high enough and would love Cruise to work with Mann once more.

Cruise would team up with Spielberg again in the strangely unlikable War of the Worlds; released a couple of years after 9/11 it was filled with angst and paranoia with no likable characters to speak of. Cruise is a deadbeat dad with the most annoying, awful children of all time. I was actually on the side of the aliens in this one. On the plus side the action was amazing with some stunning special effects. The best scene being on the boat with the tripods attacking.

The Last Samurai is a movie that doesn’t get nearly enough love and is another personal favourite move of mine. Cruise once again gives a phenomenal performance but the movie arguably belongs to Ken Watanabe as his “enemy”. The plot is like Avatar, Dances with Wolves and many other stories, and despite being predictable it has some great battle scenes and is beautifully shot.

Jack Reacher and Knight & Day failed to ignite the box office so sequels are unlikely but they proved that Cruise had no problem trying something a little different and that he is one of the most versatile actors in the business today.

Oblivion is one of the best films I’ve seen this year with stunning visuals, amazing music and another stellar performance from Cruise. It scored a number 1 at the box office giving Cruise one of his biggest opening weekends of his career.

His next movie is a sci-fi actioner called All You Need is Kill which promises another dose of spectacle. No matter what you may think of Cruise in his real life, there is no denying that he is a very talented actor and any time he has a new movie out I will be there to see it.