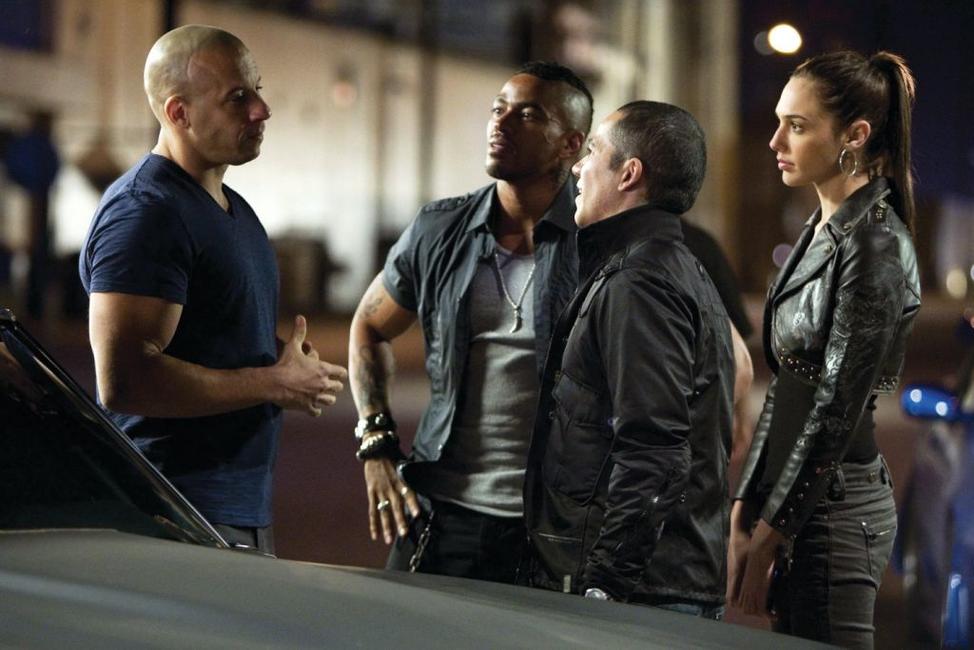 Mark Vincent was born in New York and in the early half of his career he changed his name to “Vin Diesel” while working as a bouncer at a New York City nightclub.

Diesel had a brief uncredited role in the 1990 film Awakenings but had a major role in the business drama Boiler Room (2000), and then got his breakthrough role as the anti-hero Riddick in the (now classic) science-fiction film Pitch Black.

If I remember correctly this was also the year he visited my homeland of Scotland for the MTV Europe Music Awards, which raised his stock in my book. He was personable, entertaining and just a great movie star. He has also claimed that the Sinclair clan were his ancestors. See? All the coolest people come from Scotland.

In 2003, Diesel starred in one of my personal favourite films of his, the underrated A Man Apart which saw his character Sean Vetter take revenge on the drug cartel who killed his wife. The film was hard R and even has Diesel beat a man to death in it. Timothy Olyphant was also great in it as the sleazy drug dealer Hollywood Jack.

He reprised his role as Riddick in 2004 film The Chronicles of Riddick; although considered a failure at the time, it has gained a cult following and the character of Riddick has a huge fan base. I thought the film had great ambition and it was only really let down by a lack of budget and dodgy script. I’m thoroughly looking forward to Part 3 though, which I think is gonna be great!

In 2005, he gave the obligatory family movie a shot in The Pacifier, which became a box office success, but apparently isn’t very good. I personally haven’t watched it, the trailers were more than enough; sorry Vin.

In 2007, Diesel was set to produce and star as Agent 47 in the film adaptation of the video game Hitman, but eventually pulled back and served as executive producer on the film instead. I’m still baffled as he would have been perfect instead of the poorly miscast Timothy Olyphant.

After the forgettable science-fiction action thriller Babylon A.D., Diesel returned to the The Fast and The Furious series, alongside all the actors from the original film, in Fast & Furious, which was released in April 2009.

Diesel returned for Fast Five, the fifth film in the Fast & the Furious series, which was a commercial smash making over $626,137,675 worldwide. The success of the film proved that audiences are still looking for high octane action movies as long as they are well made. He is currently filming Fast Six and the third installment in the Riddick series, Riddick, which is set for release in 2013.

Vin Diesel has proven with Riddick, A Man Apart and the Fast/Furious series that he has the chops to be the greatest action star on the planet and I still think he has a great future ahead of him. He also has the coolest voice in the business.