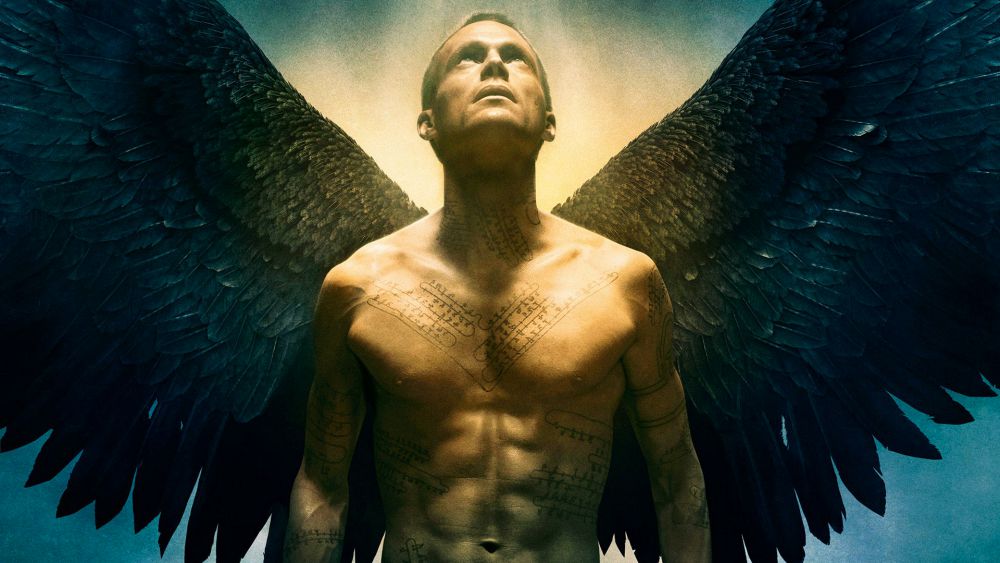 Legion isn’t as bad as people would have you believe but it’s hardly great cinema either. It’s worth watching for Bettany’s badass angel and Dennis Quaid being gruff… for a change.

Plot: A group of strangers fight for the welfare of humanity.

Review: Like Priest, Legion is a movie with some fascinating ideas and nice visuals but doesn’t quite live up to its awesome premise.

The score to this movie also isn’t as good as Priest but that’s not to say that it’s a bad movie. I actually had a lot of fun with it and I loved the idea that God is fed up of mankind and decides it’s time to start over.

When the horn of the apocalypse sounds, it’s extremely eerie and haunting. There is a genuine atmosphere of dread and indeed the coming apocalypse. It’s also set in the desert which earns it an extra star. Wish I knew what it is that I love about the desert but there you go.

Paul Bettany once again proves what a total badass he can be as he plays an angel (Michael) with attitude. He has an awesome fight scene with Kevin Durand who plays Gabriel, one of God’s best warriors .

Lucas Black from Fast & Furious 3 is in this too playing a guy called Jeep Hanson, a pretty simple guy who only wants what is best for the child of the woman he loves… even though he isn’t the father. He’s a genuinely good guy although he’s rather forgettable and not that interesting.

The best thing about the movie aside from Bettany is Dennis Quaid as the gruff cafeteria owner. “I don’t even believe in God” he says to which Bettany replies “Don’t worry, he doesn’t believe in you either.” I love that line and it’s the best one on the movie.

There is some cool action, with plenty of gun play and awesome weapons too; it is incredibly silly obviously and the ice-cream truck monster thing isn’t remotely scary, just bizarre.

Overall, Legion isn’t as bad as people would have you believe but it’s hardly great cinema either. It’s worth watching for Bettany’s badass angel and Dennis Quaid being gruff… for a change.