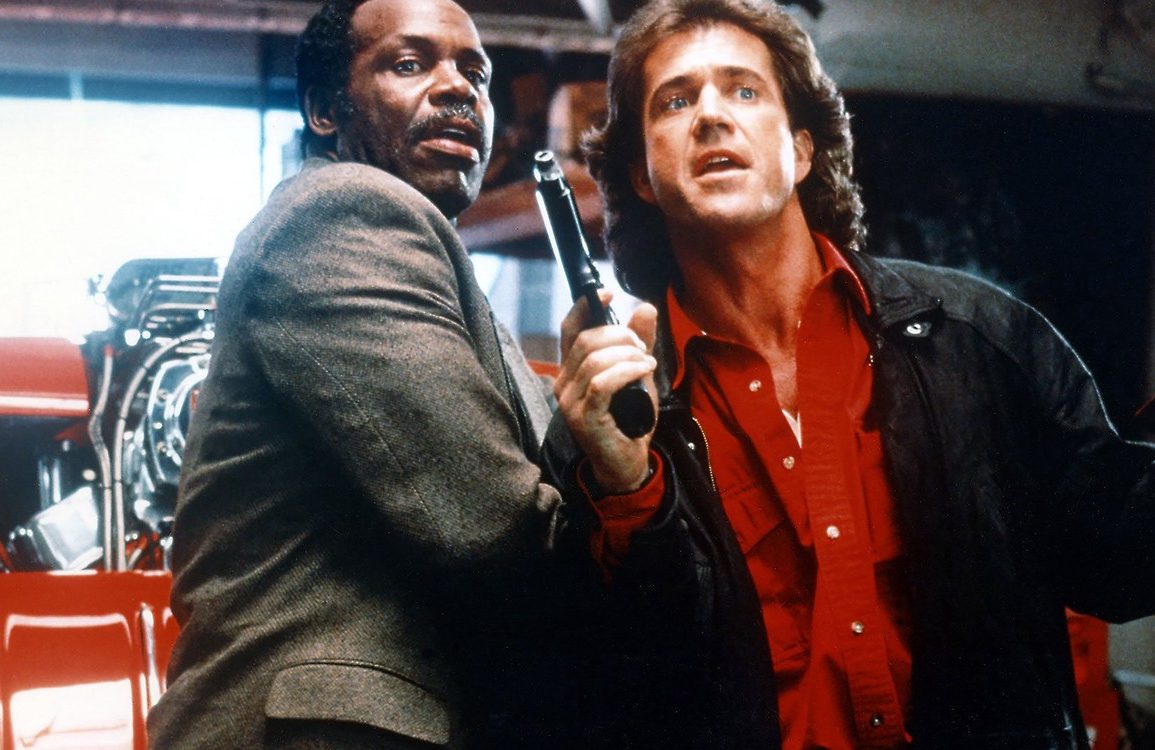 Lethal Weapon 3 will always have a place in my heart as it was the first movie I saw in the franchise; the action is well done, the characters are as amazing as ever and Rene Russo is immediately endearing as Lorna Cole. Stuart Wilson also makes for a sadistic villain who I wish had a little more to do but when he is on screen he is magnetic. The Director’s Cut doesn’t alter the film in any major way but it fills in a few blanks making it all the more enjoyable.

Review: Believe it or not this was the first film I saw in the series; I was around 13 or 14 when it came out and I got into the theatre with one of my buddies. We were just excited to see an R-rated action movie in the theatre; little did I know that it would spark my interest in the series, so I went back and watched the first two and never looked back.

Shane Black sat this one out but it still manages to maintain the spark and I forgot just how much I enjoy this movie.

Stuart Wilson plays the villain Jack Travis and he is one of the best of the series; he is a little underused but he comes across as completely psychotic and the scene where he kills one of his own men with cement is every bit as shocking now as it was back in 1992.

This is the entry that has been arguably parodied the most especially in The Simpsons because Murtaugh is only a few days from retirement and he’s trying to avoid trouble. As we all know however, in life trouble finds us anyway and he ends up shooting one of his son’s friends Darryl who is in a gang. Roger had no choice but I think this movie is Danny Glover at his best; he is at his most vulnerable, riddled with guilt after the death of Darryl so he disappears on his boat and gets drunk. Riggs comes looking for him and the two argue and it’s one of the most emotionally charged scenes of the franchise and for some reason I teared up a little while watching it.

There are once again some fantastic family moments and I think because I’m middle aged now I appreciate these scenes a lot more; Roger showing his son how to shave properly was a tender moment that really just adds heart and realism to it all.

The newest addition to the cast is the amazing Rene Russo as Riggs’ new love interest (and Internal Affairs officer) Lorna Cole. She is one of the best characters of the series as she is the perfect foil for Riggs; they trade banter back and fourth trying to hide their sexual tension and she even likes The Three Stooges so they are ideal for one another. Watching her kick ass is one of the many action highlights where she is tough but also appealing at the same time. The scene with her and Riggs comparing war wounds is surprisingly the sexiest moment of the entire franchise.

Sven Ole Thorson shows up again and it’s becoming like Where’s Waldo waiting for him to pop up in every action movie of the 80’s and 90’s. We also have Nick Chinlund from Con Air as well as Alan Scarfe (who played Griffith in Double Impact) in a small role.

As always we’ve got some incredible action scenes with chases, fights and shoot-outs; the finale is arguably the best shoot-out of the series as Riggs, Murtaugh and Cole go to the desert where Travis is located and they have an epic showdown.

Maybe I’m just in a good mood lately but I could swear Leo was more annoying than he is in these movies; I’ve actually really enjoyed him and I’ll admit he does grate a little but he mostly made me laugh with some decent lines.

The Director’s Cut only adds 2 minutes to the runtime and once again I can understand why they were cut, just for pacing but they fill in a few gaps and the best scene is Rianne Murtaugh coming to visit Riggs to say her father hasn’t come home. There is a construction worker there helping Riggs to rebuild his place and they have some hilarious back and forth. There is another scene which has our three cops interrogating Tyrone and threatening to run a car over his head which provides a few laughs. The final addition is s brief scene with Roger and his wife Trish and she wants him to wear his bulletproof vest so he can live to see his retirement. It’s once again just a nice little family moment that adds that bit of humanity to the craziness.

Michael Kamen and Eric Clapton return giving us another exciting score with the usual guitars and saxophone; this is arguably my favourite score of the series as it’s just genuinely thrilling during the action scenes. I like the songs too especially It’s Probably Me with Sting and Clapton but I do also have a soft spot for Runaway Train with Elton John and Eric Clapton.

Overall, Lethal Weapon 3: Director’s Cut may not add anything life changing but they are nice additions and only improve an already massively entertaining movie. There are some great lines, memorable set-pieces and Rene Russo nearly stealing the show as the newest addition to the cast.