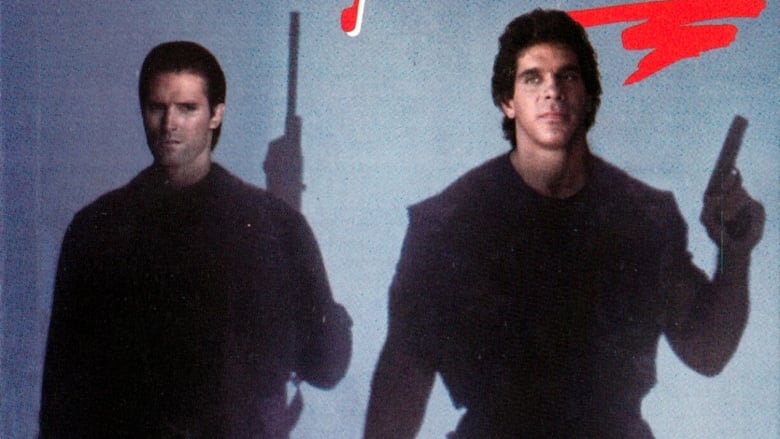 Liberty & Bash is a wasted opportunity as you go in expecting a buddy movie so you want witty banter, fight scenes and explosions but instead we get a lot of talk and not nearly enough action. It has a few fun moments and I like O’Keefe and Ferrigno but neither really gets any moment to shine making this forgettable and rather dull.

Plot: Liberty, Bash, and their friend Jesse served together in a war in Central America. Now Liberty and Bash work with youths, helping them stay out of crime and becoming a positive part of the community. But Jesse has gotten mixed up with drug lords, and when he turns up dead, it’s up to Liberty & Bash to declare another war, this time on the home front.

Review: Miles O’Keefe and Lou Ferrigno star in this unremarkable but still mildly entertaining actioner which has a nearly interesting story but not enough action; I also feel that Ferrigno doesn’t quite get enough to do and a little too much time is spent on the tedious side story with Liberty (O’Keefe) and his selfish and unsympathetic girlfriend Sarah.

Considering this is marketed as an action picture there is far too much talking in this film and it feels like a missed opportunity; looking at the poster and the title you’d be forgiven for thinking this would be a fun buddy romp but Liberty & Bash don’t get much screen time together so the title is misleading.

Miles O’Keefe makes for a likable protagonist and his hair looks awesome too which is important. He brings an Eastwood-esque delivery to his dialogue even if the script isn’t especially great. Lou Ferrigno does the best he can with what he’s given but he’s just there to be muscley and shout at people.

There are a few fight scenes (but not nearly enough) and I enjoyed seeing Over the Top’s Rick Zumwalt as the henchman Ace; he usually made for a fun villain, and he gets involved in some of the action scenes too. He sadly passed away at the age of 51 back in 2003.

The score features obligatory electric guitars which earns the film an extra point in its favour.

Overall, Liberty & Bash sounds great on paper and should have been an action-packed buddy movie but instead it focuses more on tedious social issues and dialogue heavy scenes when all we want is to see people getting punched in the face. I still like Miles O’Keefe but this could have been far more entertaining than it was. 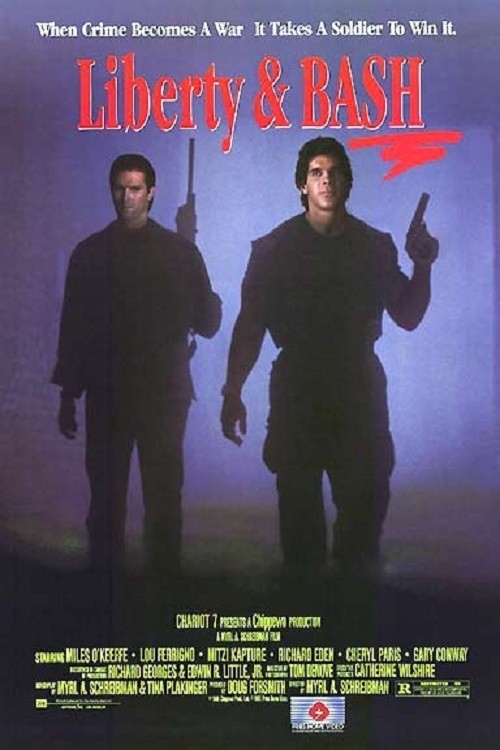