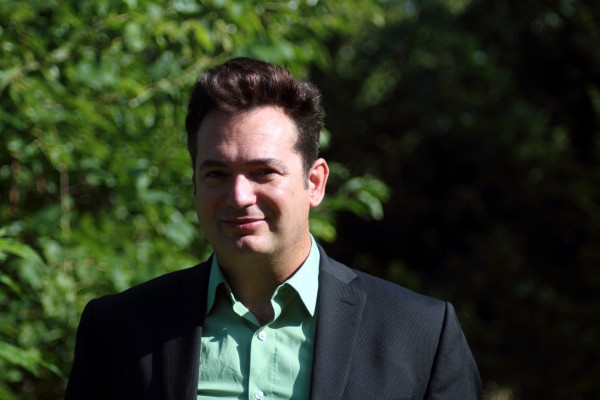 This week sees the release of Ninja Apocalypse on DVD/Blu Ray which looks like it’s going to be an absolute riot.

He recently stopped by The Action Elite to chat with us about Ninja Apocalypse.

Thanks for taking the time to chat with The Action Elite about your new film Ninja Apocalypse.

First of all, kudos for putting this film together; it looks like an absolute blast and the kind of film we love.

It’s quite an honor to be talking to Action Elite.  You have an amazing blog that puts all the action into one place.

How did the whole idea come about?

Big Boss wanted to dive into film making.  Shawn and I worked with a writer and produced a screenplay about an urban Ninja. Shawn’s partners, everybody really, wanted more than an urban Ninja tale.  We wanted BIGGER!  I suggested infusing a lot of visual effects into a story; such as Ninjas splitting in half and then growing back together, fire, electricity, clones, etc., and then we scrapped Black Blade (the former script) and began working on Ninja Apocalypse.   For the outline of the story, we used a classic tale (The Odyssey) as our base and went from there.   The Warriors was a big influence as well, which also was based on the Odyssey.   Both Shawn and I were Ray Harryhausen fans and the idea came up more than once to have ninja skeleton warriors in the film, but we did not want to get too deep into character animation.

Have you always been a fan of ninja movies?

I love martial arts movies in general.  Enter the Dragon, Seven Samurai (this one blew me away), Ong Bak.  The progression of martial arts in cinema through the years and its influence on Hollywood is huge.  I love it all, the realistic down to earth films like Fist of Fury or The Raid, or the wildly imaginative films pushing the “arts” in martial arts, whether it’s combining with dance like in Crouching Tiger Hidden Dragon, or visual effects like the Matrix, I really love it all.

Were there any films that influenced this picture?  I’m getting a “Warriors” vibe… except with more ninjas… and zombies.

Yes. You hit the nail on the head, the Warriors was a good starting place. Shawn and I both LOVE this movie.  Once we had an outline and then the script, we started expanding the back drop of this very unusual world.   For my own justification of understanding this world it was important to fill it with some design and background, hints of a past; I did everything I could within our budget to push  in those areas to enhance it visually.

We deliberately did not focus on a complex plot or over developed characters.  We did not want anything to take away from the action. But if you look closely, you will find hidden things all within the story, hints and symbolism, just under the surface of the fast action packed exterior.  Our fans are your fans.  Our fans are action fans.  Our mission was to maximize the action above all else; if the Action Elite fans are pleased with what we have done, then we know we will have completed our mission.  We hope to hear how the Action Elite fans enjoyed Ninja Apocalypse.

Can we possibly expect a sequel?

I certainly hope so!  I think everyone who worked on the film had a great time; I doubt there would be any dissenters if we suggested a sequel.  In fact, if we do a sequel I’m sure a few of the characters that were killed off would probably be sending me emails with ideas of how they could come back from the dead so they could join the party.

Any ideas where you would take the story in a follow up or prequel?

For a sequel you could start with the invading army that Fumitaka mentions at the beginning of Ninja Apocalypse.   In Ninja Apocalypse, Fumitaka gathered all the clans to bring them together  in reaction to an outside threat.   That would be an excellent starting place for the sequel.    For a prequel you would have a lot of explaining to do, (which would be fun):  Where the hell are they? What happened to the moon world?   What is that tiny patch of green on that moon?   How did this obvious advanced civilization lose its technology?  What about the Great War?  Instead of creating an action film only, we threw out a host of questions to the audience that are completely open ended and unanswered.   These questions would be fun to delve into in a prequel or a sequel.

The film looks like it has an interesting otherworldly visual style; was it important to try and create something unique and did you come up with some of the designs?  I particularly love the look of the sky with the disintegrating planet/moon…

This was very important to me.  Aashish (my DP) and I created a general palette for the world prior to shooting:  we wanted backlit, smoky, blues/cyan for the underground.  And stark and dismal for the exterior world.  We had a non-existent budget for design and set, yet, this was one of the more important things to me.  I worked with our production designer (Julian) on some of it, and some things like the underground bunker were designed after the shoot.  Being the visual effects supervisor gave me wide latitude to play it like that. A lot of the movie took place underground so it was important to me to pull some of the feel away from the “underground look”.  I did that as much as I possibly could, whether it was the set extension of the peace summit or the “underground touch screen windows”. Those scenes are important as they created a large more unusual underground space or pulled exteriors into the underground to give the audience a break from constant claustrophobic underground feel.    The destroyed world moon was symbolic of the impending doom of the entire place.  We really wanted to create this sort of vibe with all the skies, but when we started cutting effects, the post-apocalyptic other worldly skies were the first to go. We had almost four hundred effects in the film, originally there were many more than that.

You come from a special effects background, having worked on LOTR, Avatar and more. Did this give you a real advantage in trying to be as innovative as possible with a limited budget?

Did you have to cut anything due to either budget or time constraints?

There was a lot that was cut out and a lot that was sacrificed because of budget and time.  Everyone was blown away with what we were able to pull off with what we had.  I cannot speak highly enough about the producers and the crew who worked tirelessly on this film.  We made the most and found ways around the limitations as much as we could. It was fun to watch their mouths drop when they saw the trailer for the first time.

The “triplekill” scene is one of the most interesting fight scenes of the year; how did you come up with that?

I was talking to Cary, who was playing Fumitaka, he asked if I wanted him to use swordplay in the film.  I immediately worked out the details of the “Triple Kill” effect.  I’m so glad he approached me, I was able to hand craft a visual effects scene especially for Cary Tagawa!  It turned out to be one of my more favorite effects in the film.  Recently Cary sent me a message reflecting his satisfaction with the work.   He is truly an amazing actor to have worked with.

I have a few things in development (lots of VFX, lots of action), but am not yet ready to announce anything.  I do want to say though that I plan to make another film employing martial arts in the future, it was a complete blast.

Thanks so much for talking with us and all the best with your future projects.