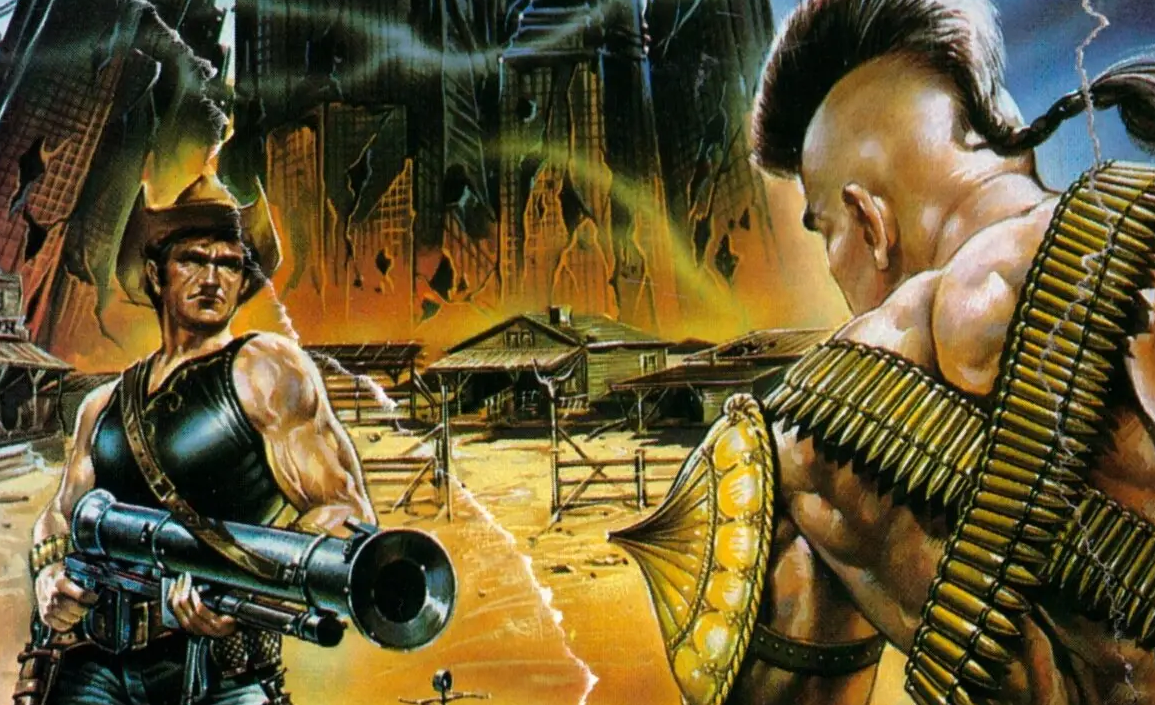 Plot: After an atomic war, chaos landed on earth and the law of the jungle took over. Nisus and Maida meet when the group to which Nisus belongs, which has dedicated itself to restoring justice, saves it. The two decide to go south where they are finally trying to rebuild in peace. But, after a few years, after the birth of the daughter Kezia, the place is attacked. It seems destiny that they should never find peace.

When earth becomes an arena… murder becomes a way of life.

2020 sucked but at least it wasn’t as bad as the future portrayed in this low budget Italian exploitation flick from 1983.

What’s odd about Texas Gladiators (aside from the fact there are no actual gladiators in it) is that for the first half hour (spoiler alert) we are rooting for Nisus (Al Cliver) but then he gets killed off and another character becomes the lead so it’s hard to get particularly involved with the story. On the other hand with a title like 2020: Texas Gladiators we’re not really looking for anything weighty, just cheap thrills and in that regard it delivers.

A lot of the horrors that occur happen offscreen and I find the implication works far better; we don’t need to see these things and our imaginations are more effective.

It should be noted that there are some cool character names in this movie and it bothers me that by the time we reached 2020 in real life I still don’t know anyone called Halakron, Catch Dog or Red Wolf.

Speaking of Red Wolf, Hal Yamanouchi is suitably badass and is maybe my favourite cast member; he has one of the most satisfying fight scenes of the movie at the end. It’s kind of hard to pick a highlight as this is essentially just one big action scene (admittedly with a low budget). There are regular shoot-outs and fight scenes which are surprisingly better than you’d maybe expect so it’s a fast paced 85 minutes.

The dubbing is what makes this film even more entertaining as it’s pretty bad (with some random British accents) and I’ve never seen this movie in the original language. The lead villain known as The Black One (Donald O’Brien) is wonderfully over the top especially during a scene where he laughs maniacally for no particular reason.

The music is the expected cheap synth you normally get in these kinds of post-apocalyptic movies but it works for the movie just fine.

Overall, 2020: Texas Gladiators is a sordid little tale that manages to repulse as well as entertain but it is packed with action, cool character names and hilariously bad dubbing so it’s worth checking out if you can find it. I’ve only ever seen a crappy VHS copy so it’s maybe time for an upgrade.