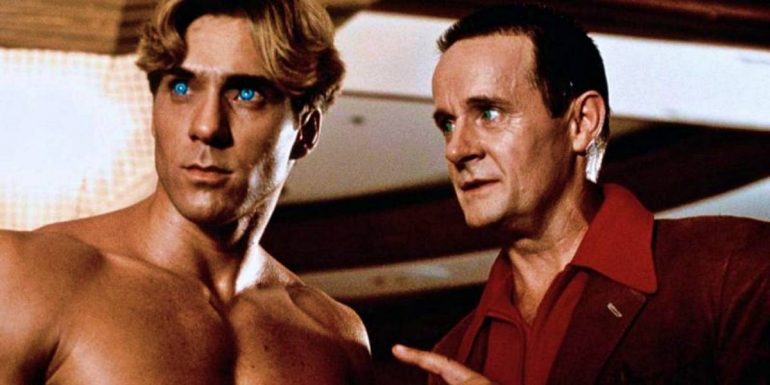 Looking Back at Albert Pyun’s Heatseeker (1995)

Keith Cooke and Gary Daniels star in the sci-fi infused fighting tournament movie from Albert Pyun. From the synopsis alone this sounds like an Albert Pyun movie as the it revolves around a kickboxing champion (Cooke) who is forced to fight cyborgs in a tournament when the company kidnaps his fiancée. If you have Pyun, you have cyborgs, that is the way of things.

Albert Pyun rarely had big budgets to work with but he could always improvise and I have always really enjoyed this picture which was apparently shot in 11 days. Like Nemesis and several other of Pyun’s movies Heatseeker has an almost dreamlike quality giving the movie an otherworldly feel.

Keith Cooke (King of the Kickboxers, Mortal Kombat and more) only acted in a handful of movies up until 2012 which is a shame as he could certainly move having trained in wushu where he won several competitions. He still works in the industry though and was a martial arts trainer on Avatar and Alita; Battle Angel. He’s our hero Chance in Heatseeker and was an appealing lead with Burton Richardson choreographing the plentiful fight scenes.

We literally barely go 2 minutes without a fight in this movie and that’s just fine by me as it keeps everything well paced in its tight runtime.

Gary Daniels is a beast in this film looking absolutely huge and in peak physical fitness; he somersaults around the ring, lifts weights while doing the splits and generally kicks lots of ass. I’m not sure why his character has the Asian sounding name of Xao though…

Norbert Weisser plays the conniving (also Asian sounding) Tsui Tung who runs an evil corporation that is hosting the fighting tournament and he is quite the monster, using a chip to control Chance’s lady Jo (Tina Coté) in order to blackmail Chance into fighting.

Tim Thomerson also has a small role as one of the Elders of the corporation but I find I am too distracted by his very orange hair.

If you aren’t a fan of Albert Pyun’s style of movies then you may not be won over by this but I personally really enjoy them and Heatseeker is a lot of fun. The only real problem I had was that I thought it all ended a bit too quickly making it a little anti-climactic.