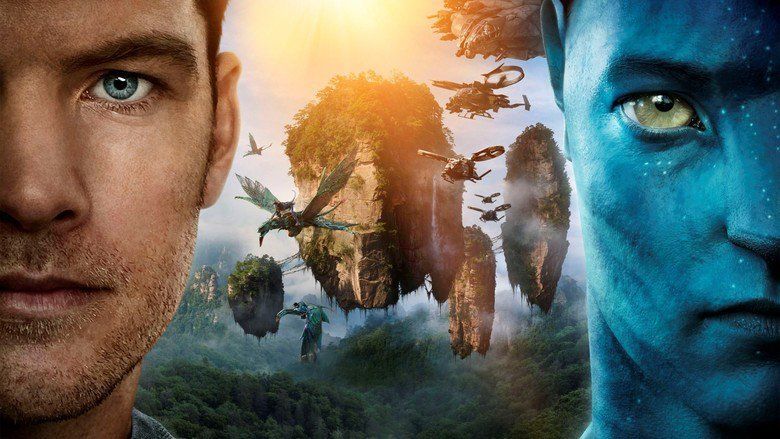 Plot: On the lush alien world of Pandora live the Na’vi, beings who appear primitive but are highly evolved. Because the planet’s environment is poisonous, human/Na’vi hybrids, called Avatars, must link to human minds to allow for free movement on Pandora. Jake Sully (Sam Worthington), a paralyzed former Marine, becomes mobile again through one such Avatar and falls in love with a Na’vi woman (Zoe Saldana). As a bond with her grows, he is drawn into a battle for the survival of her world.

It’s funny how for a decade James Cameron’s Avatar was the biggest box office smash of all time (until Avengers: Endgame came along) and yet very few people still talk about it. The story is contrived and exactly the same as The Last Samurai or Dances with Wolves with our protagonist Jake Sully (Sam Worthington) spending time with a culture he doesn’t understand called the Na’vi and eventually going native. There are no surprises or major twists and the characters aren’t especially interesting with a patchy script that lacks any memorable dialogue.

So why was it such a box office hit? I think because it contained a sense of wonder we rarely see these days and it was an audio-visual experience with ground-breaking 3D technology that immersed you in the world of Pandora. After nearly 12 years the effects for the most part still hold up but this was a movie that was designed for the big screen; when you watch it a home on your television in plain old 2D there is very little that’s remarkable about Avatar.

It is quite simply the world of Pandora that keeps you watching with the bioluminescence of the night scenes the clear highlight. The colours are stunning and director James Cameron successfully creates an imaginative world that feels like no other that has come before giving us a new culture in the Na’vi who have their own customs, language and history. It’s essentially about taking better care of our world and its environment and the message is hardly subtle but it’s hard to disagree with the sentiment.

I remember when it first came out I had no interest in seeing Avatar as I thought it looked really dumb from the trailers with the Na’vi seeming ridiculous but my cousin convinced me to go see it and I’m glad I did. Despite all the flaws I’ll never forget the feeling of first seeing Avatar in IMAX 3D and movies like this are the reason we still need movie theatres. 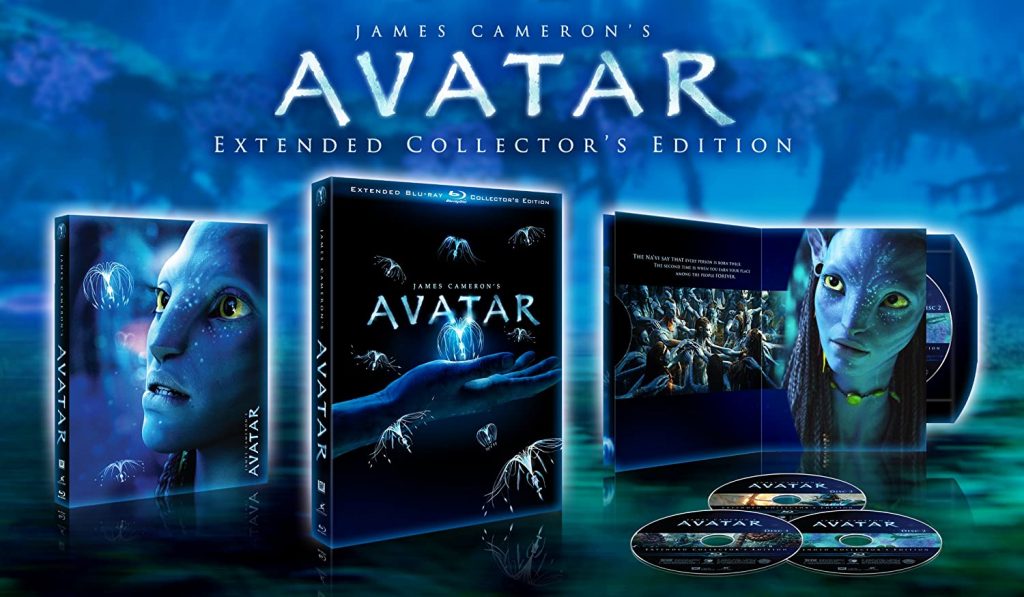 There are two alternate extended cuts but I thought I would look at the Extended Collector’s Edition which has 16 minutes more of footage and although there isn’t anything ground-breaking in terms of story I consider this the definitive version and rarely watch the theatrical cut anymore. The opening scene is different with a Blade Runner-esque futurescape that introduces us to Jake Sully, a crippled marine who has lost all direction in his life. He gets into a bar fight and is dumped into the street when two men come up and tell him about his brother passing and ask him if he will take over his job. What’s interesting about this entire sequence is the fact that if you look at the people all crossing the street at the traffic lights you’ll notice everyone is wearing masks much like the world today.

Another new scene features Norm becoming slightly jealous of Jake who is slowly accepted by the Na’vi despite his lack of knowledge of their culture. We find out Dr. Augustine (Sigourney Weaver) taught at a school with Na’vi kids including Neytiri and her sister Sylwanin but ended in tragedy with Sylwanin getting killed.

This leads to a later scene where we find out what happened to Sylwanin and of course we humans were responsible and it is what created the lack of trust between the two species.

There is an extra talking scene between Jake and Augustine where they discuss that the war with the Na’vi was planned all along.

More time is spent in the finale on Tsut’sey’s death where he asks Jake to lead the people and to finish him; it is a relatively moving moment that I’m glad was reinserted to the story as it adds extra drama.

There are all kinds of little moments and extended scenes most of which just gives us more time in the world of Pandora, but an extra hunting sequence is added which is one of my favourite additions.

The Na’vi at one point attack the “Hell Trucks” of the mining company and the next morning we see the aftermath with Corporal Lyle Wainfleet showing Quaritch (Stephen Lang) the dead bodies of his men. I liked this scene as it shows that the Na’vi have no problem defending themselves when they are threatened and shouldn’t be underestimated.

In terms of performances I think Stephen Lang owns this movie as Quaritch who doesn’t come off as a villain at first and if you’re on his side he will treat you well. Of course as it progresses we realise he is the real savage who has no problem killing anyone in his path.

Sigourney Weaver is well cast as Dr. Augustine even if some of her dialogue is bad with lines like “They’re pissing on us and not even giving us the courtesy of calling it rain”. What does that even mean?

Michelle Rodriguez plays the same character she always does but she is a pure hearted hero and it’s one of her more sympathetic roles.

Sam Worthington’s accent is all over the place and he was a strange choice to play the lead but he does the best he can and it must have been tough to use all the motion capture equipment.

Zoe Saldana shines as Neytiri who is the Na’vi that takes him under her wing and becomes Jake’s love interest but she is also fiery and a strong warrior. Cameron was always good at creating kick ass female characters and this is no different.

It had been a few years since I last watched Avatar and I forgot that there really isn’t much in the way of action for the first hour but it is never dull even in this extended edition as it’s hard not to be swept up in the sheer beauty of Pandora and this well-paced adventure. The final battle lasts for nearly an hour and features awesome armoured helicopter ships and mech suits so you are in no doubt this is a James Cameron movie.

The action is smooth and seamless so we see everything that is going on and the camera work never falters. The fight between Neytiri, Jake and Quaritch is satisfying too and I’m really not sure how they are going to bring him back for Avatar 2.

It was only on this viewing that I noticed that one of the callsigns for the human pilots is Rogue One… that sounds strangely familiar.

James Horner’s score is one of his best featuring tribal chants, new age sounds and epic choirs for the climactic battle scene and is one of my favourite aspects of the entire movie.

Overall, Avatar’s Extended Collector’s Edition is the definitive version of James Cameron’s box office destroying behemoth. The movie itself is flawed with a conventional story, questionable dialogue and forgettable characters and yet despite that, I can’t help but enjoy the wonderful escape it provides with the stunning visuals and music. Although none of us are particularly interested in a sequel we shouldn’t underestimate Cameron as he will likely do something special with it.