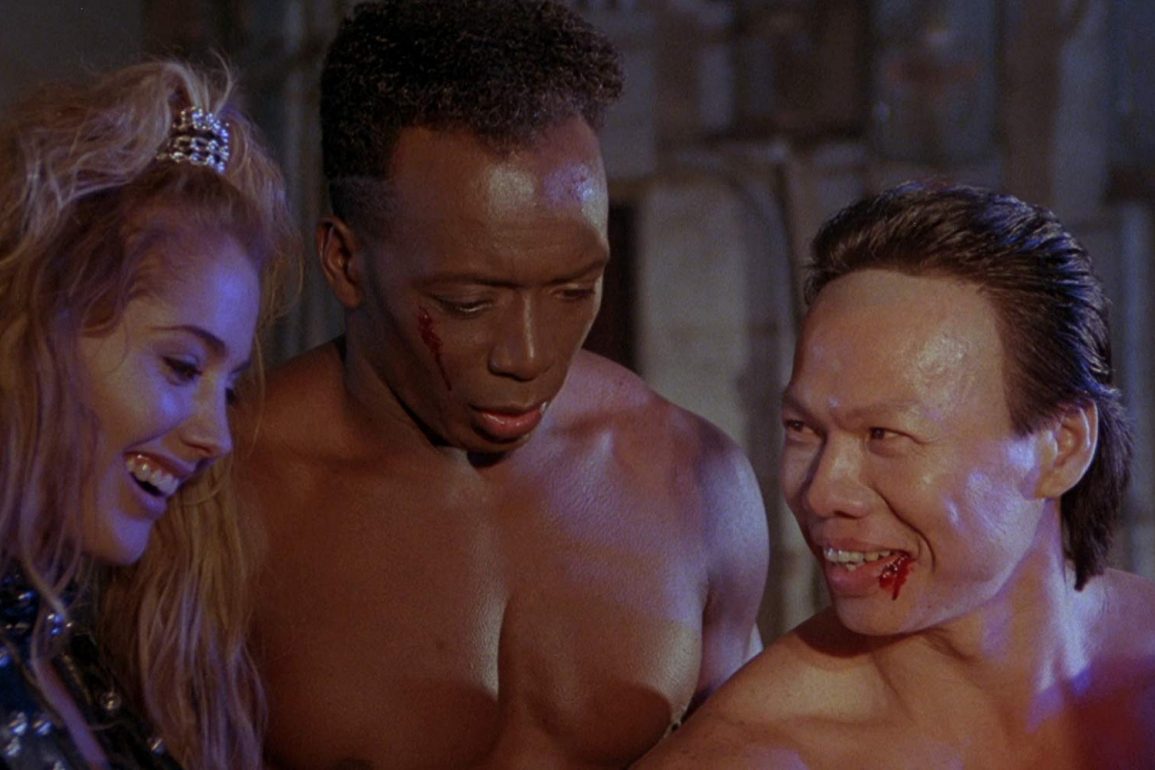 Plot: Somewhere in the future the environmental overkill had come. Many people had died. The rich were able to build the underworld, the poor had to stay on the surface building gangs to survive. Jason Storm, an underworld guard gets knowledge of a conspiracy to kill all people on the surface. He needs to flee to the surface, and wins Sumai, a respected martial arts master, as his ally to stop the dirty plot.

TC 2000 was regularly watched on my VHS player in the 90’s; I would see it on the shelves any time I went into Global Video (we didn’t have Blockbuster at that point) but the visage of Billy Blanks holding the gun with his shades on the cover is etched on my mind forever and fills me with warm nostalgia. 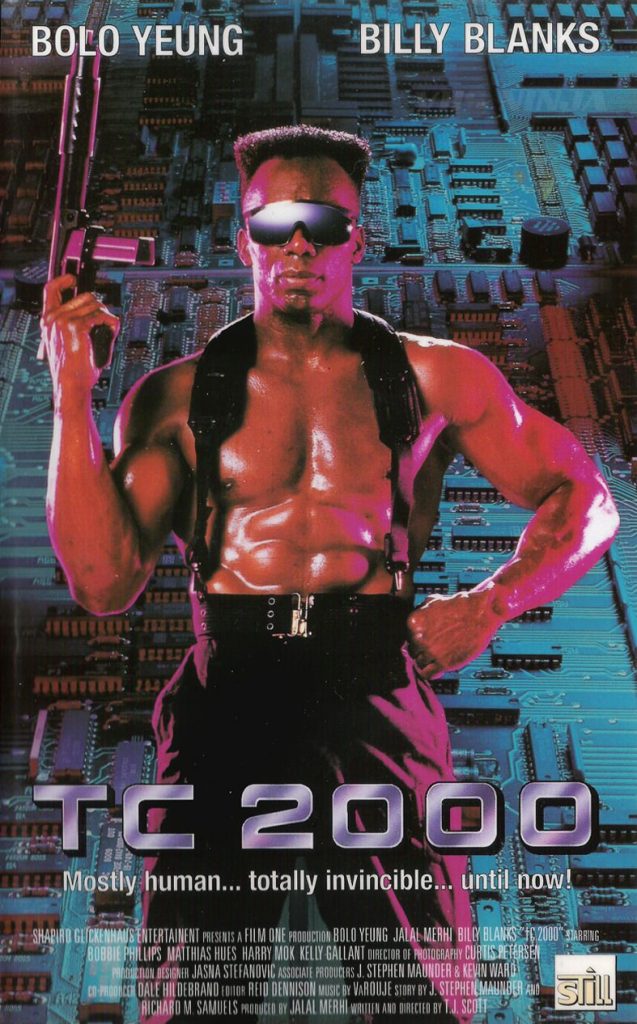 Blanks stars alongside Bolo Yeung, Jalal Mehri and Matthias Hues in this cult classic set in a post apocalyptic future, where everyone knows martial arts and nobody wears shirts. By the end of the movie everyone’s clothing has been ripped off so they can show off their jacked bodies making you feel like a puny weakling.

Just to make you feel even worse there’s a rad training montage with Blanks and Bolo (shirtless of course) as they train for the final battle.

There are so many awesome fight scenes in this movie but the highlight is seeing Bolo as a rare good guy and I’d love to have seen him in more heroic roles. He did a few other heroic roles like Shootfighter but I think we’ll always remember him from Bloodsport, Enter the Dragon and Double Impact as the villain. He can be extremely sympathetic on screen though and his fight scenes are amazing to watch even today; his climactic fight with Matthias Hues is well shot and one of the many highlights of this B movie gem.

Billy Blanks was always a gifted martial artist whose fight scenes never looked the same keeping them fresh and interesting and he made cool kung fu sounds when hitting people too.

Jalal Merhi starred with Blanks in Talons of the Eagle but this time he’s the bad guy who sadly never gets a big fight scene at the end and he’s just left trapped at the top of an elevator… possibly for a potential sequel that never came.

It has the same atmosphere as Cyborg and Nemesis and I don’t know why but they are the type of movies that work better with the low budget; you don’t need a grand sense of scale but the more claustrophobic underground scenes work really well. The music reminded me of Terminator with its industrial sounds and added to the post apocalyptic atmosphere.

It’s not without its flaws as some of the acting is ropey in places and you actually see a boom mic come into shot which strangely adds to the charm though and I just smiled with joy.

Overall, TC 2000 is a B movie classic packed with action, amazing fight scenes and a badass cast; you’ll feel emasculated when everyone’s short comes off at the end but aside from that you’ll have a blast. Pass the beer.