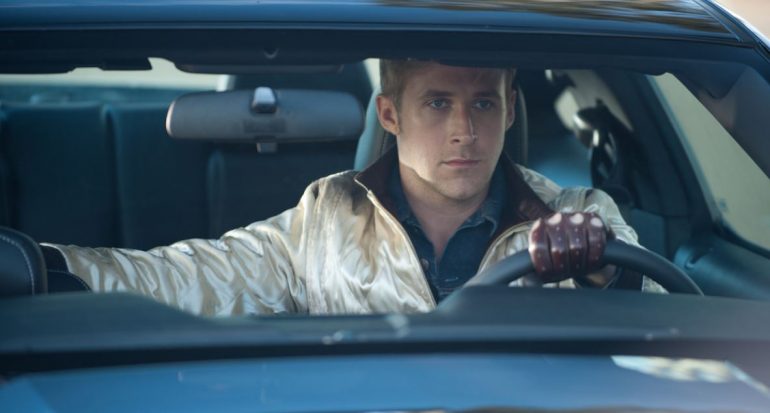 Plot: Driver (Ryan Gosling) is a skilled Hollywood stuntman who moonlights as a getaway driver for criminals. Though he projects an icy exterior, lately he’s been warming up to a pretty neighbor named Irene (Carey Mulligan) and her young son, Benicio (Kaden Leos). When Irene’s husband gets out of jail, he enlists Driver’s help in a million-dollar heist. The job goes horribly wrong, and Driver must risk his life to protect Irene and Benicio from the vengeful masterminds behind the robbery.

I remember when Drive first came out some members of the public complained as they went in expecting a Fast & Furious style action movie with heists and car chases galore but instead they got a more arthouse infused film with some of the most graphic violence you’ll ever see.

Needless to say I fell in love with Drive with the very first viewing as it was a throwback to classic movies like The Driver starring Ryan O’Neal from director Walter Hill which also featured a mysterious and nameless driver.

Both movies benefit from being watched late at night in a darkened room so they can be enjoyed to maximum effect and to establish the perfect mood.

“If I drive for you, you get your money. You tell me where we start, where we’re going, where we’re going afterwards. I give you five minutes when we get there. Anything happens in that five minutes and I’m yours. No matter what. Anything a minute on either side of that and you’re on your own. I don’t sit in while you’re running it down. I don’t carry a gun. I drive.”

Drive is directed by Nicolas Winding Refn who I consider one of the most interesting filmmakers today as his movies are usually incredibly stylish, visually striking, and brutally violent (see Valhalla Rising, Bronson and The Neon Demon). His films rarely have much in the way of plot but are really more of a trippy journey into the dark side of humanity and Drive is arguably my absolute favourite movie of his; it’s also his most violent.

Drive’s stellar opening scene immediately establishes that Ryan Gosling’s nameless Driver is a force to be reckoned with behind the wheel of a car and despite him being almost childlike in his relationship with his friendly neighbour Irene and her son there is something unsettling about him. He is a man of few words and spends a lot of the time just staring making what should be normal interactions strange and awkward.

Gosling doesn’t get enough credit as an actor and I think Drive is one of his best performances to date as Driver is enigmatic, chilling and yet sympathetic at the same time so no matter what awful thing he does you still want him to get away.

For the first half of the movie Driver/Irene’s relationship slowly blossoms until Irene’s husband is freed from prison and owes some bad people money. In order to protect Irene and her son Driver volunteers to help her husband rob a Pawn shop and things go rapidly downhill from there. 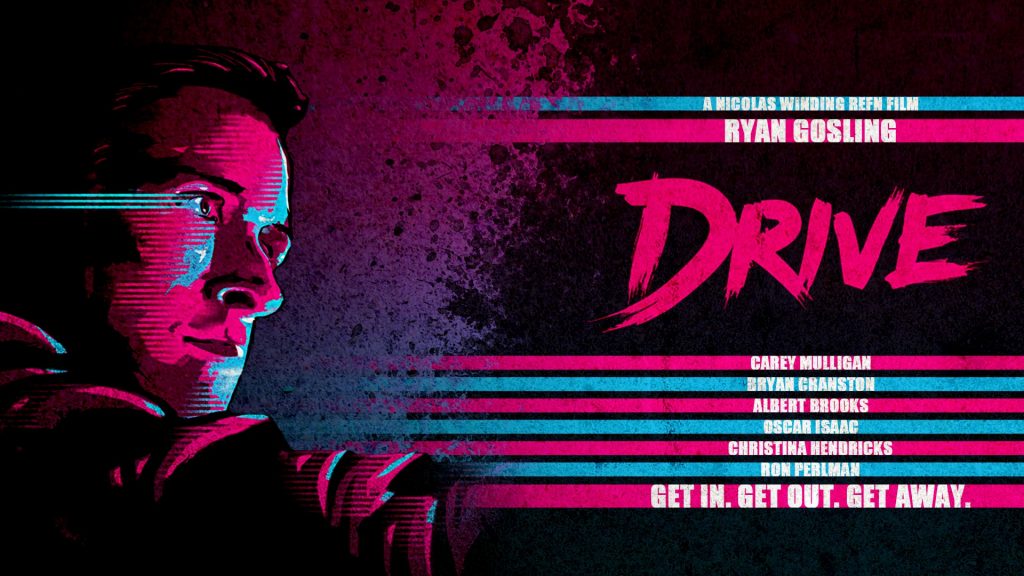 I hadn’t watched Drive for a while so I had completely forgotten that Poe Dameron himself (Oscar Isaac) was in this movie as Irene’s (doomed) spouse. He’s another very gifted actor as this was a character that was worlds away from Dameron’s flyboy heroics in Star Wars and was anything but straightforward (like every character in this movie).

It’s one moment in particular when we realize that Driver isn’t quite as nice as we first think when an old acquaintance comes up to him in a diner where he brings up a potential job. Driver turns his head stating “You shut your mouth or I’ll kick your teeth down your throat and shut it for you” while staring menacingly at the man. It’s only a matter of minutes before he does such a thing in an elevator in the now infamous “skull crushing” scene which remains one of the most disturbing scenes of recent times.

This movie really goes into detail with every bloody kill using squibs and practical effects making you feel genuinely queasy at times. Speaking of which, let’s have a moment of silence for Christina Hendricks and her brains…

Albert Brooks steals the entire movie as the utterly terrifying gangster Bernie Rose who just oozes threat every moment he is on screen. I think this is the best performance I’ve ever seen him give as he is unbelievably intense. Ron Perlman is scary even if he’s playing a good guy but he’s certainly not one in Drive as he’s every bit as mean as Bernie. As brutal as the elevator scene is for me the toughest scene is when Bernie kills the guy in the restaurant with the kitchen knife feeling Scorsese like in its execution.

Aside from Irene the one truly poor soul in this movie is Bryan Cranston’s goodhearted mechanic Shannon who really has some terrible luck and doesn’t deserve the fate he is dealt.

As I mentioned earlier Refn’s movies are always visually stunning and Drive not only looks great but has one of the best soundtracks in years. Cliff Martinez’ dreamy synthwave-esque score gives the film an otherworldly quality and then we have the songs which are 80’s tinged only adding to the strange romanticism of the tale.

The camerawork is sublime and the use of light throughout is a testament to Refn as a filmmaker; watch the elevator scene with Driver and Irene slowly moving towards each other in slow motion and finally kissing giving us the most romantic moment of the film; then Driver slowly pushes her away and he is enveloped in shadow before beating the man next to him to death.

It almost works as a silent movie with sparse dialogue and long pauses which at times may cause unintentional moments of mirth but it really works in establishing the characters.

Drive grabs you right from the start and despite not being what some may have expected it still has plenty of action and impressive car chases. It has an almost hypnotic effect on the viewer keeping you on the edge of your seat as it’s unpredictable and constantly shocking. It really is bold filmmaking and I’m glad it has developed a cult following since its release.

There was a period when Drive first came out where I watched it every few weeks and it upsets me that I had fallen out of that tradition. It’s one I will have to reintroduce as to this day it remains every bit as spellbinding as it was the first time I saw it. It may be an acquired taste and the violence will put some viewers off but for me Drive is a modern classic and essential to any fan’s movie collection.

P.S. If someone wanted to buy me Driver’s jacket for Christmas that would be swell.