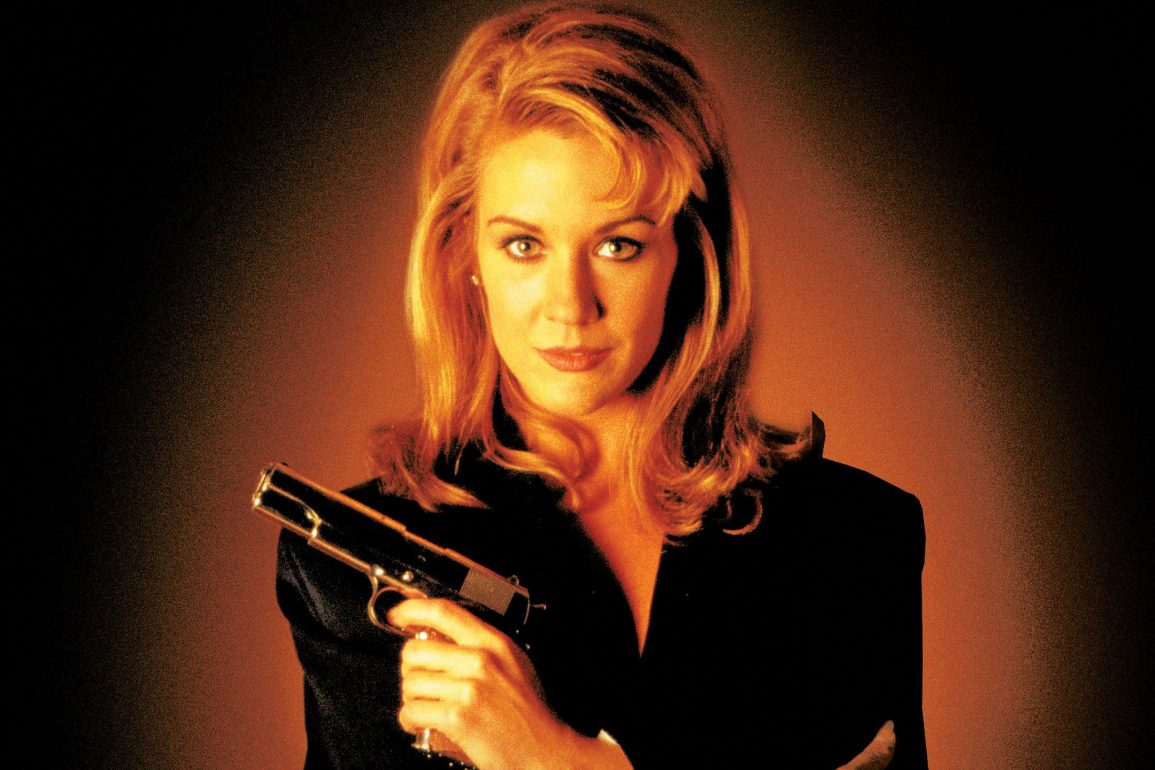 Plot: Stacie Randall plays Harley, a Special Forces agent-turned-investigator, who arrives on the scene of an apparent mob hit to help the local police. In actuality, she’s hunting down Francis Lydell, her former C.O. and lover, who shot her in the head when she turned down his offer to become part of the freelance assassination squad he was forming. Ignoring the need for surgery to remove the bullet fragment which still causes her to have occasional bouts of disorientation, she continues her quest to bring down Lydell before he has the chance to kill a Mafia informant being held at the police station.

Despite bearing no connection to the first Excessive Force starring Thomas Ian Griffith and for having maybe the dumbest title for an action movie ever Excessive Force 2: Force on Force (what does that even mean?) is still a fun action picture with regular fight scenes, explosions and shoot-outs. To this day I have no idea why it’s even called Excessive Force and maybe a better title would have been Headshot as that would at least make sense.

Our protagonist this time is called Harley Cordell (Stacie Randall) who is on a mission of revenge against a former lover called Francis Lydell (Dan Gauthier) who shot her in the head leaving her for dead. This gives her constant headaches and disorientation (understandable); she needs to get surgery as she still has bullet fragments in her head. Harley can easily take care of herself but she isn’t an especially sympathetic character coming off as rather cold but you can understand her motivations so we still root for her all the way. It helps that Lydell is mostly a cackling psychopath making for an wonderfully hateful antagonist.

James Lew not only shows up as a thug but also helped choreograph the fights with Philip Tan which is why they look so good; I liked his fight with Harley at the cemetery as she is actually saving a male cop from being attacked rather the usual damsel in distress situation.

It’s generic stuff for the most part and not a patch on the first film but Excessive Force 2 is still entertaining making for a fast paced 84 minutes. It also has an obligatory strip club scene with some nudity which is another point in its favour.

The music score is very 90’s but it works for this kind of movie and keeps things relatively exciting even if it isn’t especially memorable.

Overall, Excessive Force 2: Force on Force may have one of the worst titles in action movie history and isn’t as good as the first film but Stacie Randall looks good the action scenes and it has some decent set-pieces making it a fun if formulaic ride.