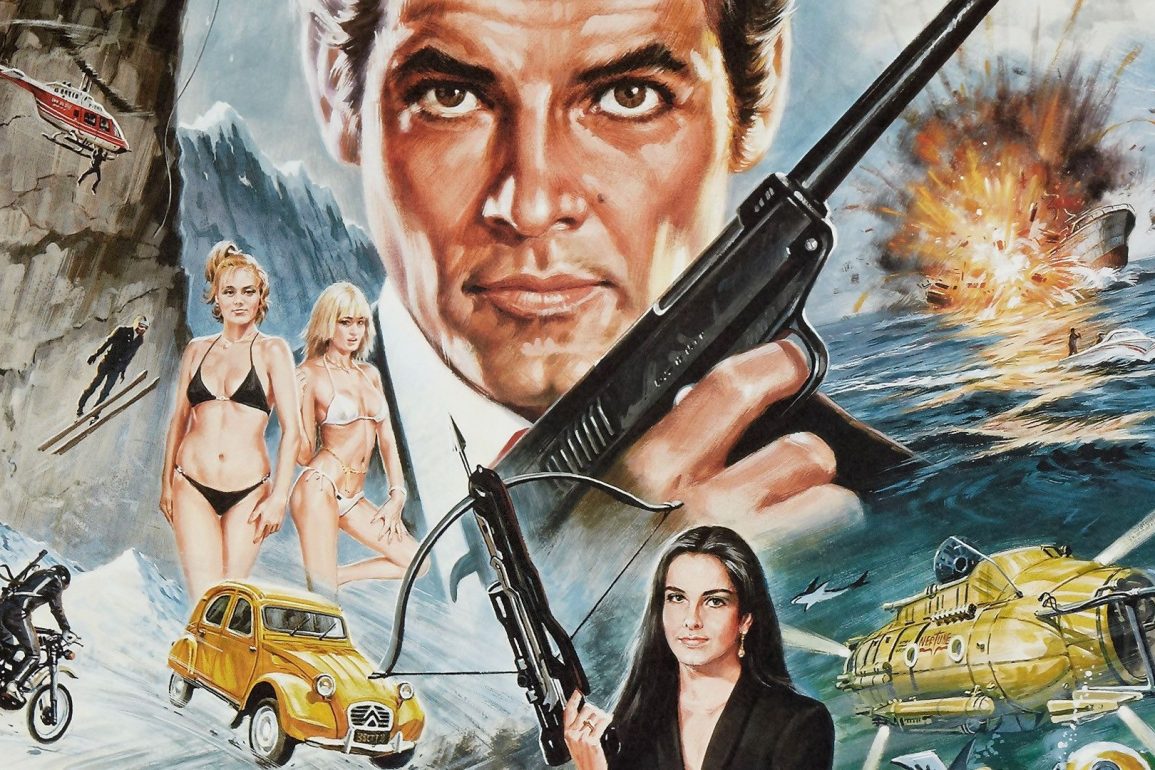 Plot: British agent James Bond is dispatched to recover a strategic communications device before it finds its way into the hands of the Russians. When the secret device that controls Britain’s Polaris submarines goes missing after the spy ship carrying it sinks, 007 joins forces with a vengeful woman and a wealthy hero of the Greek resistance movement to find the equipment.

We’ve covered nearly all the James Bond films on the site with just a few more remaining (this, Octopussy and unofficial Bond picture Never Say Never Again) which I’ll review soon. I go into some spoilers in this article so if for some reason you have never seen this film best not to read any further.

For Your Eyes Only is one of the lesser Bond films and certainly one of the most forgettable; it’s just all very bland with Roger Moore going through the motions and lacking that spark of his previous entries. Director John Glen said he wanted to make an anti-Bond film where events happen that don’t normally occur in a 007 feature. The prime example being the car chase in the yellow Citroen which is one of the ugliest cars ever made rather than the usual glamorous sports cars we’ve come to expect.

There is no memorable dialogue and even Bond himself seems out of his element. There is nothing cool or particularly suave about Bond in this movie and Moore looks like his age is catching up to him with obvious doubles in the action scenes.

Then we have the godawful teenage ice skater Bibi (Lynn-Holly Johnson) whose voice is just grating, and I hate every moment she is on screen.

It’s not all bad though; the action scenes may lack the scale of other Bond movies but there is some impressive stuntwork and the cliffside climactic sequence is something different for Bond and is nail-bitingly tense. I liked how it also doesn’t go over the top ridiculous in terms of gadgets giving us a surprisingly more grounded Bond. There are no silly double entendre character names (Boo!) and there aren’t any over the top henchmen either. This was a deliberate move from the producers after critics had slated Moonraker for being so outlandish with its gadgets, characters and storyline.

I find the story to For Your Eyes Only lacks urgency and Kiristatos (Julian Glover) just isn’t all that exciting a villain. Julian Glover does the best he can and it was a nice twist to find out he was the real antagonist and not Columbo (Topol). I love the little character quirk that Columbo is always snacking away on pistachios and his amazing voice gives him a commanding presence.

The late Michael Gothard (who died at the young age of 53) made for an intimidating henchman in Locque who doesn’t have any dialogue but simply by giving him octagonal glasses made him come across as incredibly sinister.

Melina (Carole Bouquet) is one of the better Bond girls as she is beautiful, intelligent and out for revenge with Bond trying to convince her that killing the men who murdered her parents won’t make her feel better.

The underwater photography is quite stunning and I remember as a child being freaked out by the guy in the deep sea diving suit trying to kill Bond and Milena.

I had always wondered what the reason was for Blofeld being kill off so unceremoniously (and yet satisfying) in the opening scene and why we never got to even see his face but the explanation is on IMDB stating “A line of dialogue had to be cut from the opening helicopter sequence for legal reasons. The bald man could not be called “Blofeld”, as Kevin McClory had won a court case several years previous, and owned the rights to the use of “S.P.E.C.T.R.E.”, and “Ernst Stavro Blofeld”. Unofficially disposing of Blofeld so early in this movie was Albert R. Broccoli’s way of telling McClory that the success of 007 did not depend on him, and he got rid of Blofeld (supposedly) once and for all. McClory produced and released the unofficial Bond movie, Never Say Never Again (1983), in which Blofeld was played by Max von Sydow. Blofeld did not appear in an EON produced Bond movie again until Spectre (2015), after the rights matter was finally settled in 2013.”

Overall, For Your Eyes Only is one of my least favourite Bond movies and not one I watch all that often; there are some impressive stunts and enjoyable action scenes but by trying so hard to ground it they robbed Bond of his personality so there are very few memorable lines making it a rather dull affair.