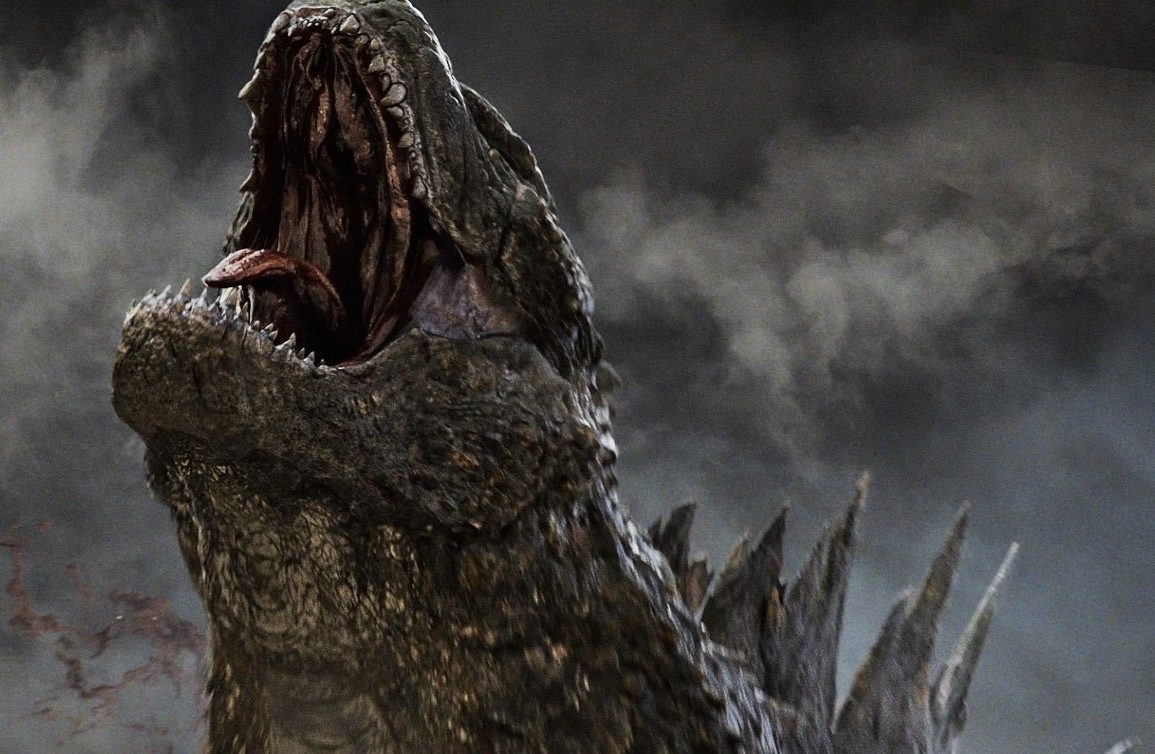 Plot: Ford Brody (Aaron Taylor-Johnson), a Navy bomb expert, has just reunited with his family in San Francisco when he is forced to go to Japan to help his estranged father, Joe (Bryan Cranston). Soon, both men are swept up in an escalating crisis when Godzilla, King of the Monsters, arises from the sea to combat malevolent adversaries that threaten the survival of humanity. The creatures leave colossal destruction in their wake, as they make their way toward their final battleground: San Francisco.

With Godzilla returning in King of the Monsters next week I thought I would revisit the 2014 movie as I realized I had never reviewed it.

I remember the first time I saw the 2014 iteration of Godzilla I thought it was a visual masterpiece that really captured the scale of the iconic creature but like everyone else I found it frustrating that the camera would cut way just when things were about to get interesting. Admittedly it did help to capture the sense of scale so we humans look so insignificant compared to the titans but it was still annoying.

It looks like next week’s King of the Monsters will not have that problem as Godzilla will face off against several rival monsters and it frankly looks amazing.

The effects in this movie are genuinely spectacular with some breathtaking sequences but I think we can all agree that the HALO jump scene was the best; it was scary, haunting and thrilling all at once really capturing a descent into Hell.

The biggest mistake Godzilla made was killing off Bryan Cranston’s character early on when we had already invested in his story so it made no sense that his son played by Aaron Taylor-Johnson takes over as he is a far less interesting protagonist. He is just very bland and we never really care about him; all we want to see is the big guy stomping on buildings and punching the other creatures known as MUTO in the face.

Themes of mankind’s arrogance are explored and we really get a feeling of genuine threat throughout where the idea of these monsters is terrifying and at times plays out like a horror movie.

Alexandre Desplat’s score helps to set the epic tone but it pales in comparison to the King of the Monsters music which I’ve already heard and it is incredible.

There’s not really much else to say; Godzilla was a visual feast with some stunning moments and a real sense of scale in the action. It’s fatal mistake was killing off Bryan Cranston and giving us a profoundly uninteresting lead in his place but it gives us a Godzilla movie unlike anything that has come before and the HALO scene is a classic. Bring on Ghidora next week!