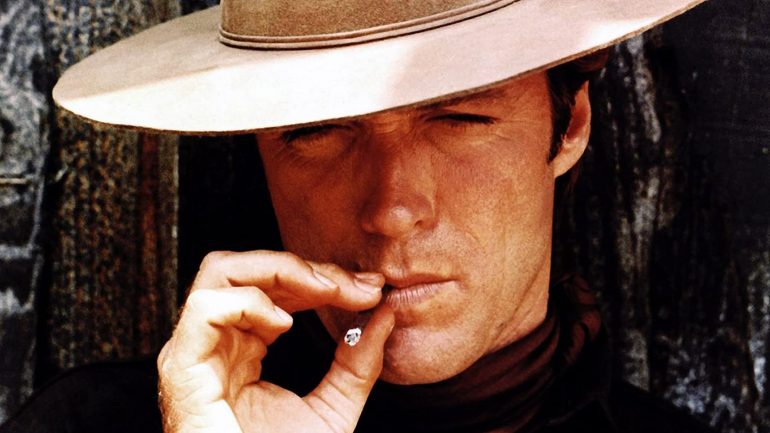 Plot: After a gang of men unsuccessfully attempts to lynch him for a cattle rustling crime he did not commit, Jed Cooper (Clint Eastwood) is saved by marshal Dave Bliss (Ben Johnson) and judge Adam Fenton (Pat Hingle). The lawmen offer him a job as a federal marshal with the caveat that he not abuse his new power to seek revenge against his tormentors. But, when Cooper finds that some of the men who attacked him are involved in another set of crimes, he fights to bring them to justice.

Clint Eastwood stars in this classic Western alongside an all-star cast that includes Dennis Hopper, L.Q. Jones, Bruce Dern and Pat Hingle. Eastwood plays Jeb Cooper and is out for revenge on a group of vigilantes after they punish him for the crimes he had never committed and leave him for dead. However, Jed returns to bring his lynchers to justice. The story goes in unpredictable directions and Jeb ends up becoming a lawman as he attempts to bring the men to justice the right way.

Eastwood brings his usual icy cool to the role of Jeb but I still think it is one of his best characters as he is as tough as they come and yet he is still very much a human that bleeds and suffers like the rest of us. He gets hung and shot but won’t stop coming for the men who wronged him. Pat Hingle you’ll remember as Commissioner Gordon in Tim Burton & Joel Schumacher’s Batman films but this is one of his most memorable roles. He plays Judge Fenton who is as harsh as they come but he believes that with Jeb’s help they can help to civilize their territory and help it to become a state. They have their work cut out for them but Jeb is so stubborn he doesn’t know when to stay dead, so the judge knows he has a truly useful ally.

Judge Fenton has the film’s best dialogue and his speech at the end is one of my personal favourites as it’s a real showstopper.

I think this really portrays what life was like during that period; one scene that would appall people today (I hope) is with everyone lining up to watch a hanging as if they are there to watch a movie. There is even a guy selling food for the “show”; it’s disturbing but believable as you know that was the way of things back then.

I love pretty much everything about this movie but if I had to nitpick for flaws I’d say it might be a little slow in parts but I was never bored for a second. There are some great characters and Inger Stevens is wonderful as the damaged Rachel Warren; she has some wonderfully tender moments with Jeb that provide real heart to the tale.

Dennis Hopper is literally just in one scene but it’s still awesome to see him in a Clint Eastwood movie; too bad he wasn’t the main antagonist though.

The music score is quite iconic and up there in terms of the all-time great Western themes as it’s heroic but also really adds to the tension.

In terms of action there are regular shoot-outs and it’s all satisfying stuff so by the time it’s all over you’ll feel like you’ve been right there in the thick of it with Jeb.

Overall, Hang ‘Em High is one of my favourite Westerns with a stellar cast, classic music score and Eastwood doing what he does best. Pat Hingle was in danger of stealing the movie though as the tough but mostly honourable judge.