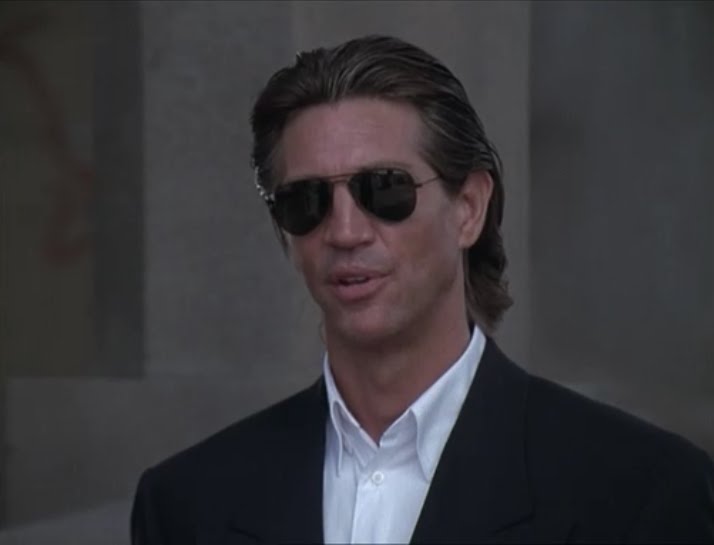 Plot: After double-crossing the crime family he used to work for, a hit man must enroll in the Witness Protection Program. Unfortunately, he isn’t very well protected.

Eric Roberts stars in this solid little straight to video actioner from director Mark L. Lester (Commando). Even in lower budget movies Roberts has great screen presence and is perfectly cast as a hitman who finds his conscience.

Hitman’s Run (which is currently on Tubi) wastes no time opening with assassin Tony Lazorka (Roberts) sparing the life of a target called Seymour Penny but his people are watching and decide it’s time to kill both Tony and Seymour. An awesome car chase and shoot out ensues and it ends up with Tony having to go into witness protection and squeal on his mob buddies.

While in hiding he meets and falls in love with a woman and her daughter who show him that there is more to life than just killing. It only takes a few minutes of screentime to realise that’s not true and Tony/John has to go back to his old ways and kill again.

There aren’t too many surprises in the story but there are some decent one-liners and it has plenty of action to keep fans entertained; director Lester is no stranger to the genre so everything is slick looking. Some people on IMDb complained that you can see the blood packs for the squibs through the shirts, but I’d take that over shitty CG blood any day. 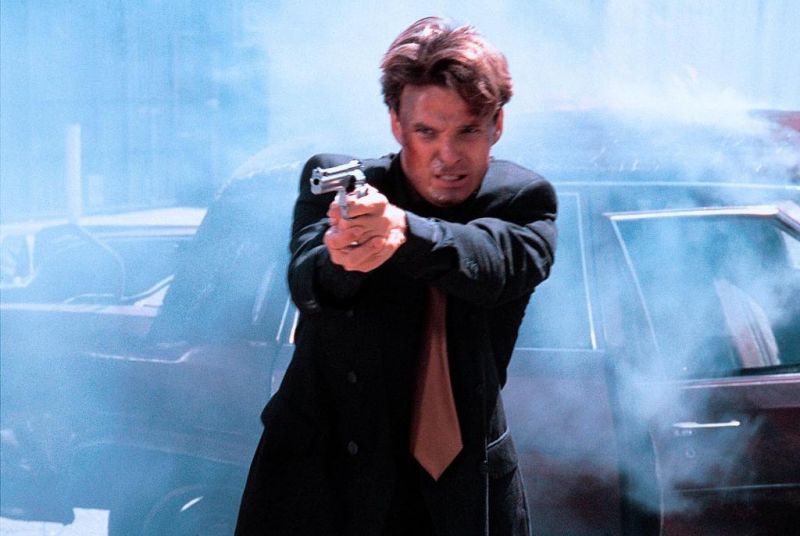 I found the character of Brian (Esteban Powell) a little annoying as he’s just a smartass teenager but the scenes at the end when he is reunited with his father make him more sympathetic. Why were hacker characters always portrayed this way in 90’s movies?

Joe Viterelli has some of the best dialogue (didn’t he always?) giving a few laughs as former comrade of Tony Lazorka / John Dugan but we also question whose side he is on.

At 93 minutes Hitman’s Run is well paced with enough backstory given so we care a little about the characters (except Brian) but it’s the action we’re here for so it doesn’t disappoint in that respect either.

Overall, Hitman’s Run is the kind of movie I could watch every day with Eric Roberts as an appealing lead, plenty of action and hateful villains. It’s not classic action cinema but it makes for a fun night with a few beers.