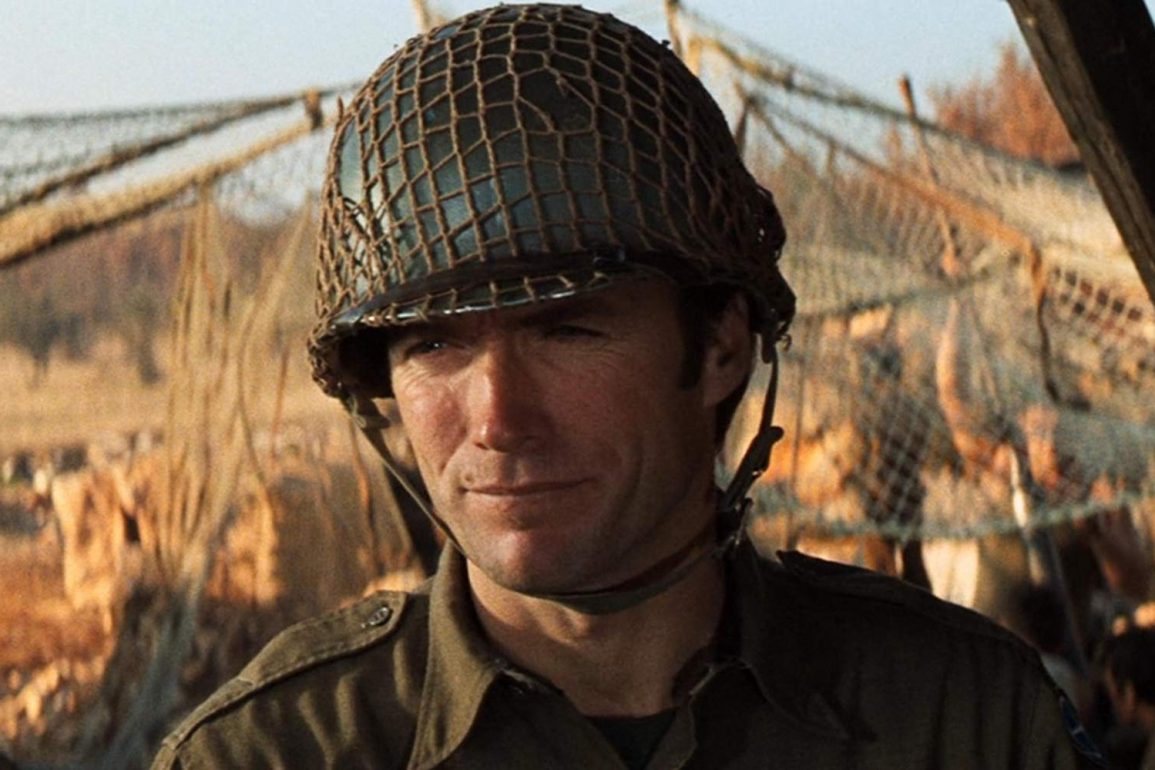 Kelly’s Heroes is a classic Men on a Mission movie that stars Clint Eastwood, Telly Savalas, Donald Sutherland and Don Rickles who are in the midst of World War II. They are part of an array of American soldiers who get inside information from a drunk German officer about millions of dollars worth of gold hidden on enemy soil. Kelly (Clint Eastwood), a private with the platoon, devises a plan to sneak past the German officers to steal the loot for his crew. They recruit more men and set their plan into action. Despite several casualties, the men are determined to press forward, even if it means striking a deal with the opposing army.

While recovering from my flu last weekend I thought Sunday seemed like the perfect day to wallow in this wartime-set classic which to this day remains one of my favourite movies. Although Clint Eastwood is essentially the lead his character doesn’t have much in the way of dialogue and it’s the rest of the crew who provide the one-liners especially Telly Savalas who is ideally cast as the Sergeant with Donald Sutherland stealing every scene as Oddball.

The action scenes are huge with massive explosions and edge of your seat tension as we wonder if our boys will make it through enemy lines in one piece. The movie is almost euphoric in how good it makes you feel by the end and the Burning Bridges song certainly helps as it’s just instantly feelgood.

At 2 hours and 17 minutes it could be accused of being a little long but nothing feels extraneous and it is never boring due to the great performances and spectacular set-pieces.

There is some great trivia from the movie on IMDB:

It was during shooting in Yugoslavia in 1969 that Donald Sutherland (Oddball) received word, via co-star Clint Eastwood (Lieutenant Kelly), that his then-wife Shirley Douglas was arrested for trying to buy hand grenades for the Black Panthers with a personal check from an undercover F.B.I. Agent. Sutherland recounts this story often, mentioning that when Eastwood got to the part about the personal check, he laughed so hard that he fell to his knees, and Sutherland had to help him up. Eastwood then put his arm around Sutherland and walked him down the hill that overlooked the Yugoslavian countryside, assuring his friend his complete support of his predicament. Sutherland and Douglas, who are the parents of Kiefer Sutherland and twin sister Rachel Sutherland, divorced in 1970.

At the beginning of the movie, Big Joe (Telly Savalas) is desperate to know about the best places to stay in the city of Nancy, and uses the Michelin Guide as a tourist guide. Use of these books by Allied troops is accurate. When planning the Normandy invasion, staff officers were concerned about how the troops would navigate in light of the possibility that retreating Germans would take down or reverse road signs. The U.S. government quietly reprinted the most recent edition (from 1939, as new publications had been suspended because of the war). So when Allied troops stormed the beaches of Normany on June 6, 1944, they carried the Michelin guides, and for the remainder of the war, advancing forces depended on their Michelin maps.

The three Tiger I tanks used were actually ex-Soviet Army T-34 tanks, converted in great detail by specialists of the Yugoslavian Army. They are not the same ones used in a previous movie, The Battle of Neretva (1969), which were much less well done. The care taken to make the T-34s look like Tiger tanks was notable, most period World War II movies used unmodified modern tanks as their vehicles, with minimal effort to change their appearances, often no more than painting the tanks with gray or yellow with distinctive German crosses. Oddball’s (Donald Sutherland’s) Shermans are Yugoslavian Army M4A3E4 Shermans (post-war U.S. upgraded to 76mm in original 75mm turret).

The blue “crosshair” shoulder patch indicates Kelly (Clint Eastwood) and his men are from the 35th Infantry Division. It’s a National Guard division, comprised of guardsmen from Missouri, Nebraska, and Kansas.

Approximately twenty minutes were cut from the movie by MGM and studio boss James T. Aubrey before theatrical release. MGM even changed the title of the movie. Originally, it was called “The Warriors”, then, in post-production, it was changed to “Kelly’s Warriors”: and then to “Kelly’s Heroes”. Clint Eastwood mentioned in interviews that he was very disappointed about the way this movie was re-cut by MGM because many deleted scenes not only gave depth to the characters, but also made the movie much better. Some of the deleted scenes were shown on promotional stills and described in interviews with cast and crew for Cinema Retro’s special edition article about this movie:

Oddball (Donald Sutherland) and his crew pack up to go over the lines to meet up with Kelly (Clint Eastwood) and others while local village girls are running around half naked.

The platoon encounters a group of German soldiers and naked girls swimming in a pool.

While they wait for Oddball in the barn at night, Kelly and Big Joe (Telly Savalas) have a conversation about their disillusionment with the war and why Kelly was made a scapegoat for the attack that resulted in his demotion. Another scene was deleted from this part where the platoon decides they don’t want to continue with the mission and Gutkowski (Richard Davalos) threatens Kelly at gunpoint, but Big Joe and Crapgame (Don Rickles) side with Kelly, and everything turns out okay.

General Colt (Carroll O’Connor) is in bed with some women when he gets a call that Kelly and others have broken through the enemy lines.

During the attack on the town, Production Designer Jon Barry had a cameo as a British airman hiding from the Germans.

One promotional still shows Kelly finding a wounded German soldier amongst the ruined houses during the final town attack.

Kelly, Oddball, and Big Joe discuss tactics while standing on an abandoned Tiger tank before the scene where they talk with the German tank commander.

When Kelly and the platoon drive off at the end, a bunch of soldiers shout at them that they are headed in the wrong direction.

All kinds of interesting info there but if you haven’t seen Kelly’s Heroes then I would check it out as the cast are all on fine form but this is Donald Sutherland’s movie who is at his hilarious best.