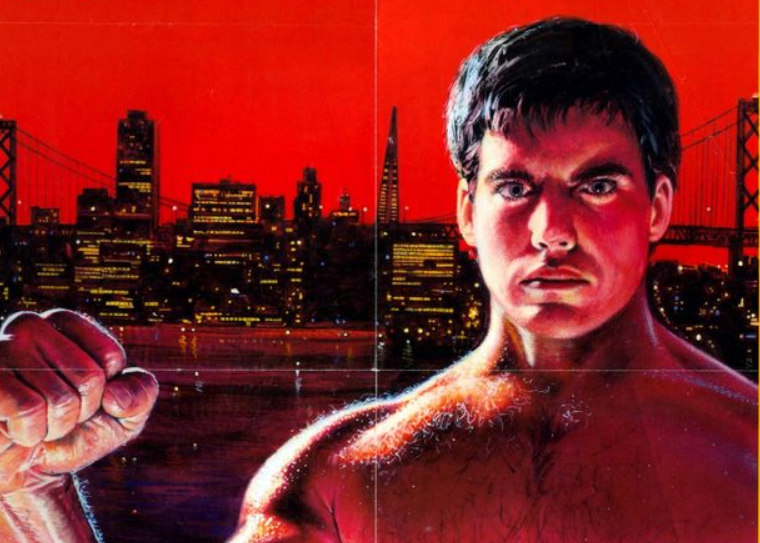 Plot: Leo Fong plays a private investigator who is in search of a young girl kidnapped by a religious cult. Destined to save her, he teams up with a Vietnam vet, a pro-boxing champ and a former cop to save her…

Low Blow stars the late, great Leo Fong and is the kind of no budget action flick I could watch on repeat rivalling Samurai Cop for sheer entertainment value. This is a better film though as it has the addition of Billy Blanks as one of the villains, near constant action and best of all an awesome electric guitar infused score. Admittedly it drowns out most of the dialogue but with a movie like this it doesn’t really matter.

Low Blow tells the story of Joe Wong (Fong), a P.I. looking for a girl who has been taken in by a religious cult; as always the cult isn’t quite so innocent so Joe has to bring in some extra muscle for a bullet riddled, ball kicking, face slapping showdown.

Leo Fong knows exactly what kind of movie this is so he has a glint in his eye throughout and it never takes itself too seriously giving us regular fight scenes where he barely gets a scratch.

Low Blow has a budget of around $2.50 with some hilarious acting in parts but it still manages to be a total blast just for the sheer craziness of it all.

Cameron Mitchell plays the mysterious cult leader Yarakunda but he isn’t the real villain here; it’s Karma (Akosua Busia) and it still bothers me that she doesn’t get a satisfying comeuppance at the end as she really deserved it.

Overall, Low Blow is one of those awesome trashy straight to VHS movies we got back in the late 80’s that still entertains with near constant action, an epic electric guitar score that drowns out nearly all the dialogue and some woeful acting that makes this a must-see.