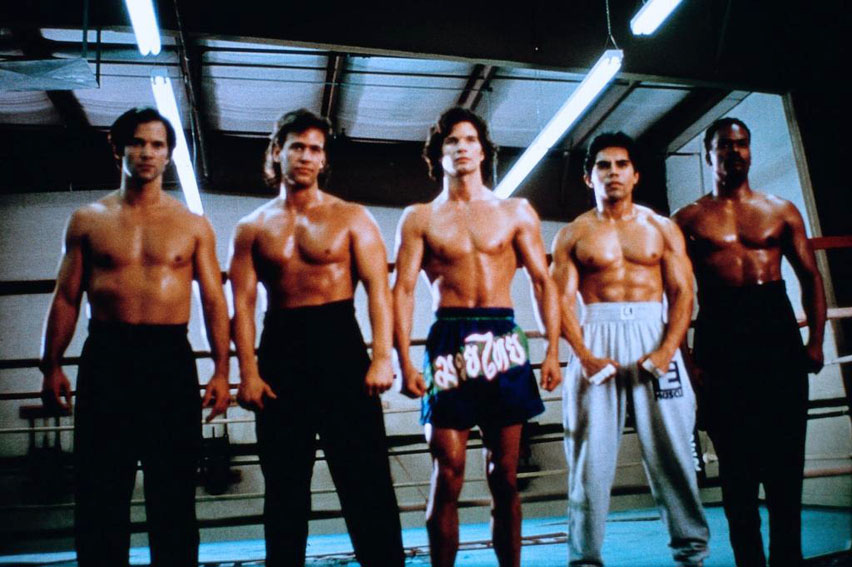 Looking Back at Michael Worth in To Be the Best (1993)

To be the Best is one of PM Entertainment’s earlier efforts so it doesn’t have the budget or spectacular action scenes their later movies would possess but it does have plenty of action with fight scenes every few minutes.

It stars Michael Worth as our lead Eric Kulhane who is a member of the U.S. kickboxing team that recruits his father and his fellow teammates to help stop a ruthless gambler from rigging the World Kickboxing Championship in Las Vegas.

Eric is surprisingly not all that sympathetic as he keeps getting into fights and comes across as rather arrogant so that is something I liked as it was a little different than having a bland hero character.

The supporting cast includes Martin Kove, Phillip Troy Linger and Brittney Powell (as Eric’s long suffering girlfriend who is fed up of him getting into trouble all the time).

We also have Deadly Bet’s Steven Vincent Leigh as the “villain” Hong Do who is arguably more likable than Eric with a sense of honour and he is far from the one note bad guy we expect.

Keep your eyes open for an early (but sizable) role from Art Camacho who plays one of the American fighters.

I found a review on IMDB from one of the Production Designers who worked on the film and it sounds like it was a nightmare to work on so all credit to him for the next part: “Yeah, I admit it. I was the Production Designer on this ultra-low-budget film… and the first few minutes of Helicopter footage are the best moments in this entire film. As opposed to most other PM films, this had little preproduction time. Rick (Pepin)& Joe (Merhi) heard that the Sands Hotel in Las Vegas was going to be torn down, so we rushed over to shoot there in order to incorporate the demolition of it in the film… but it ended up being delayed by Las Vegas’s Building & Safety! Other problems we had… somehow we ended up with less than half the “extras” that we needed to fill in the audience for the fight sequences, and then a key (expensive) scene involving the villain being thrown off the Sand’s top floor Penthouse didn’t work out because of the bad weather… and Red Horton, our Stunt Coordinator refused to do the jump because of the wind. It eventually snowed. Sooo, all of my Art Department’s budget that was spent on replicating the overhanging Portaco in the front of the hotel and the rental of dozens of huge “air bags” went down the toilet. We did end up shooting Red falling through the Portaco “set piece” I built (with the uncredited & UNPAID help of Grand Master Set Builder and Special Effects Artist, Gary Kennedy) but Don “overload” Power screwed it all up by using WAY TOO MUCH flash powder and smoke… so that it overexposed and burned the film. You couldn’t see a bloody thing on the dailies except a giant WHITE FLASH! Gee, Thanks a lot Don! Sooo, don’t bother watching this, unless you’re totally BORED and there’s NOTHING else on the tube.”

To be the Best is definitely one of PM’s weaker films and it’s hard to believe that it was directed by Joseph Merhi considering the other awesome flicks he would direct but judging by the above statement it was certainly not without its fair share of problems. I think I enjoyed the movie more though as I love B movies like this so if you can find it then check it out but keep expectations minimal.

I found a rare behind the scenes video which you can check out below: