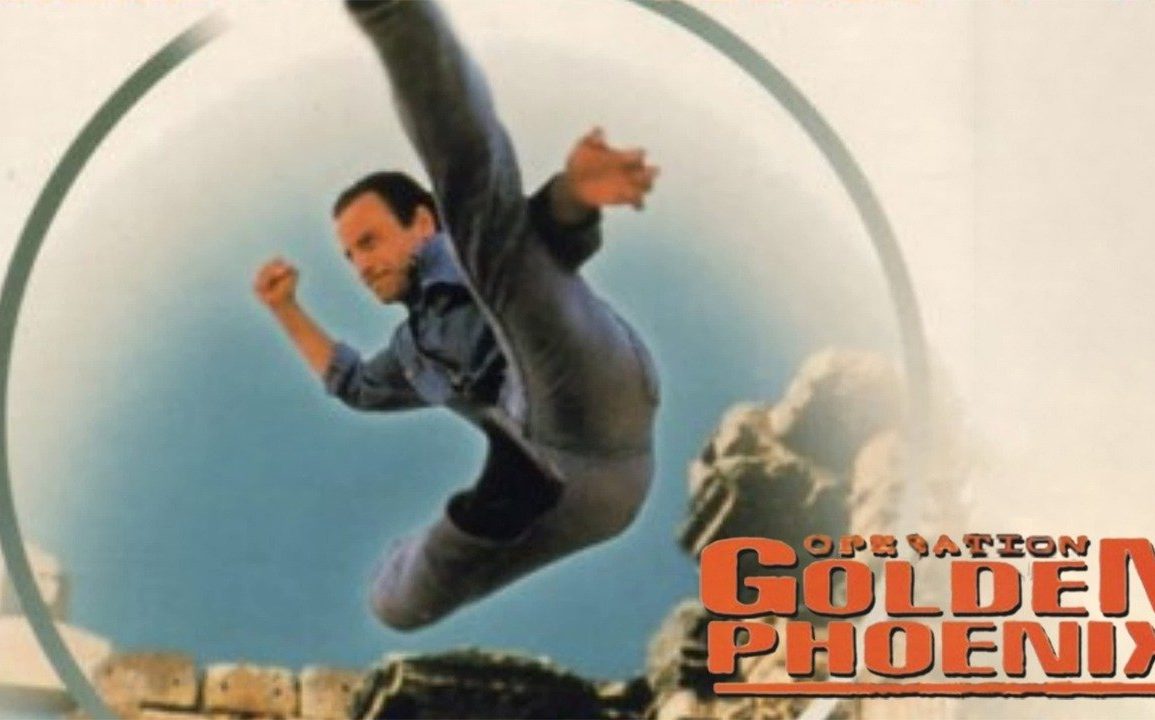 Looking Back at Operation Golden Phoenix (1994)

Plot: A security specialist and a vicious crime czar battle over possession of a pendant that may lead to a lost treasure.

Jalal Merhi, James Hong, Karen Sheperd and Loren Avedon star in this fight flick with a sense of adventure from 1994. Directed by Jalal Merhi (like the majority of his movies) Operation Golden Phoenix starts off right here in Toronto and the one thing which struck me was much the Toronto Skyline has changed since 1994. There were barely any skyscrapers or the godawful overpriced condos that now blot the skyline.

Anyway, Mark Assante (Merhi) and Ivan Jones (Avedon) are partners but when greed comes a calling Ivan fakes his own death and joins forces with Mister Chang (Hong) to recover a pendant which will lead them to treasure. The action then goes from Toronto to Lebanon and from what Loren Avedon told me a few months back it sounded like it was a crazy time shooting there.

He stated: “we lost a lot of the footage in that film because frankly the lab burned about 20,000 feet of the film we shot. To work with James Hong and Karen Shepherd was great. To go to Beirut was interesting as this was still hairy times over there. There were no police, no American Embassy, 234 marines died from a truck bomb and they still proudly showed the hole in the wall where that happened. There was no law. During that time, it was the surrealist thing to see Yasser Arafat on the lawn of the White House speaking Arabic. I didn’t get a Visa until I stepped off the plane and I’m surrounded by military guys. I have to go into this little building, hand him a card that he stamps and I asked them why they didn’t stamp my passport and the guy said “you don’t want a Lebanon stamp on your passport; you won’t be allowed into 50 countries around the world”. I know I’m digressing here, but they were wonderful to us in Beirut. We had this Department of Interior Militia assigned to us and we’re going up to the hotel, there’s a brothel down below the hotel with the Russian white slave girls. Literally this is out of a movie but it’s totally real. The guy says to me in broken English “Would you like me to check your room for bomb?” I said “…sure!” so he goes in and looks around and comes back and says “no bomb” and I’m like “well… thanks!”. I know I kind of went away from King of the Kickboxers 2 but that’s just the kinda stuff you get into when you do things on location overseas where you have literal production value everywhere.”

As this was straight to video fare some of the acting isn’t exactly amazing form the supporting cast but as I always say we don’t watch these movies because we’re wanting Oscar fare; we want to see people getting punched in the face and Operation Golden Phoenix delivers. There are regular fights and impressive explosions but the climactic showdown between Merhi and Avedon is the definite highlight. I love the locations for the final showdown as it added a surprisingly spectacular element to proceedings.

I find movies like this so easy to watch as they are fast paced, don’t require any thought and are just pure entertainment.

Overall, Operation Golden Phoenix is a fun time with Loren Avedon and Jalal Merhi delivering the action goods; it’s hardly a classic but if you’re looking for B movie entertainment (and who isn’t?) then you’ll have a good time.