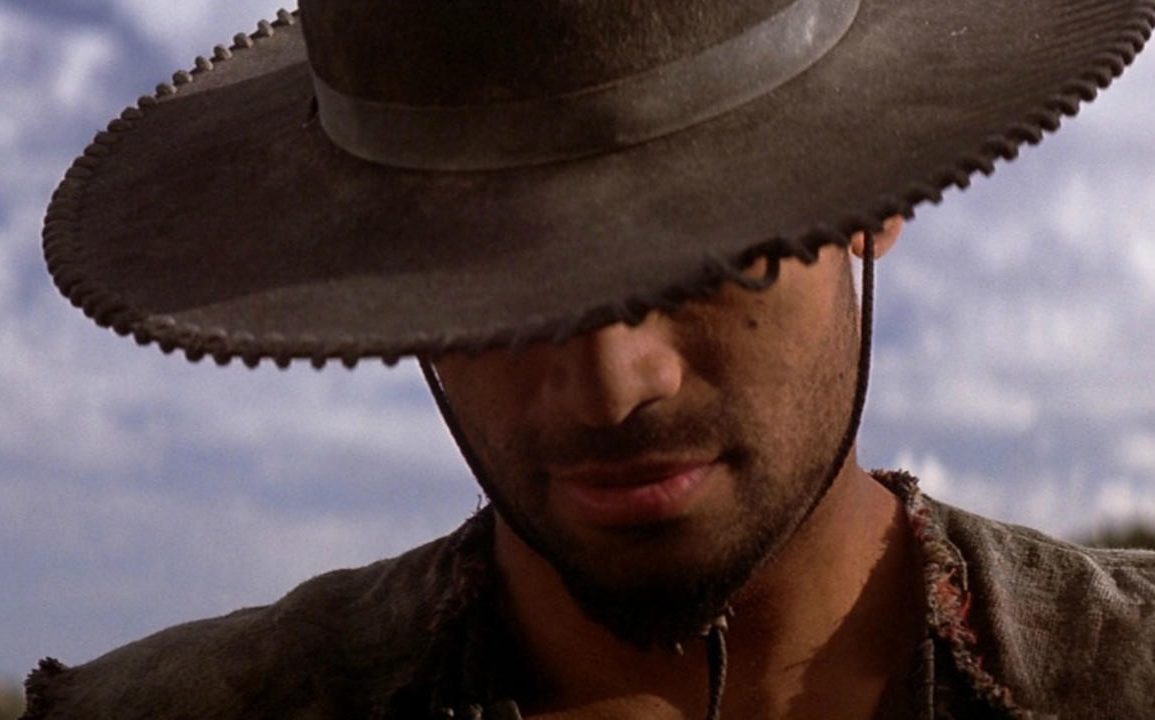 Looking Back at Posse (1993) with Mario Van Peebles

Plot: In Cuba, a band of Buffalo Soldiers, led by the intrepid Jesse Lee (Mario Van Peebles) and joined by a gambling white soldier (Stephen Baldwin), is sent on a suicide mission to intercept a shipment of gold from enemy troops during the Spanish-American War. When they discover that the racist white officer who sent them, Col. Graham (Billy Zane), meant to betray them, they are forced to shoot their way to freedom. Upon escaping, they embark on a dangerous quest across the American frontier.

I watched Posse regularly in the 90’s when Mario Van Peebles was at the height of his action movie powers and it’s another one that I hadn’t seen for a while.

Mario Van Peebles plays Jesse Lee, a man of few words who is on a quest for vengeance against the men who murdered his father while trying to escape the clutches of Col. Graham.

Although stylistically Posse feels very much a product of the 90’s it’s still an engaging tale drawing attention to the black cowboys of the period which (as the end credits reveal) Hollywood usually ignored up until then.

There are frequent shoot-outs and some of the violence still shocks (SPOILER ALERT) especially Stephen Baldwin’s death where he is beaten to death by a group of sadistic bad guys.

The villains (especially Billy Zane) are a little cartoonish, but we know men like that still exist to this day and Sheriff Bates was just Satanic played with relish by the late Richard Jordan who sadly passed away in 1993 aged 56.

Tom (Tiny) Lister Jr. plays the wonderfully sympathetic Obobo who isn’t well educated but he has a pure heart and is a good soul making him one of the most likable characters in the film.

I always thought Big Daddy Kane oozed cool and Father Time was an awesome character where we are kept guessing as to whether he can be trusted or not.

I must be in a bit of a Stephen Baldwin phase with this and Fled both watched within 24 hours of each other; credit to him for being so different in both movies and Jimmy J. ‘Little J’ Teeters in Posse ends up a true hero even sacrificing himself for one of his friends.

There is some awesome Gospel music used at various points and the music in general works very well for the movie.

As nasty as the villains are their comeuppance is thoroughly satisfying especially Billy Zane whose death is rather spectacular.

There are some memorable lines of dialogue and some nice moments of humour too. I was reading on IMDB that apparently “A production assistant was specifically assigned to follow Tone Loc around between set-ups as he constantly wandered off-set, usually to the craft service table.”

Overall, Posse is an action-packed western which has an engaging story, awesome characters and a high bodycount making it an endlessly enjoyable watch.