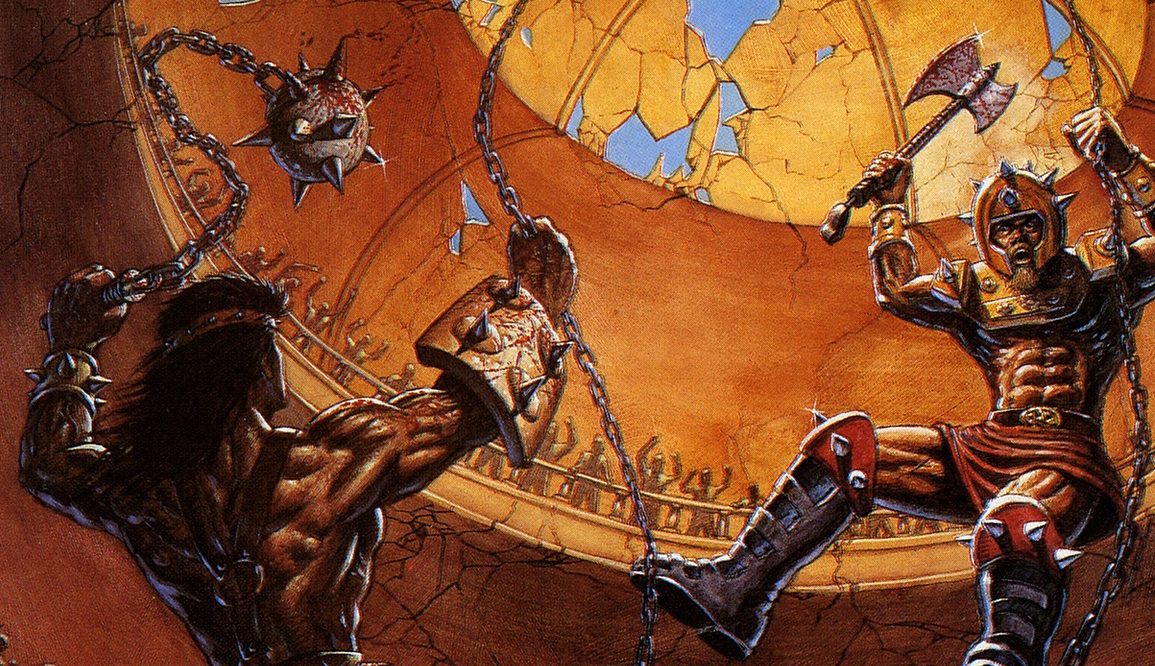 Plot: In a post-apocalyptic future, a commando named Brodie must defend the only village that still has gunpowder from a ruthless gang of raiders led by Clay, a traitor who plans to use the deadly powder to conquer the democratic Alpha League.

Aside from Rambo I think Mad Max was one of the most influential action movies of the 80’s as it spawned so many clones; a lot were hit or miss but to this day it remains one of my favourite genres of action picture.

Cirio H. Santiago was a master of these kinds of movies having previously directed Richard Norton in Equalizer 2000 as well as other post-apocalyptic gems like Wheels of Fire and Future Hunters.

Raiders of the Sun is another Mad Max style movie with Richard Norton playing the hero Brody who is tasked with finding a village in the mountains which has a mine that can make gunpowder. He isn’t alone seeking it however, with the traitorous Clay (William Steis) teaming up with his brother Hoghead (Rick Dean) trying to find the remaining gunpowder so they can topple the Alpha League and take control.

Brody isn’t the only hero of this tale as we also have Talbot (Blake Boyd) who goes undercover with Hoghead’s crew in order to find his kidnapped wife. In a rather funny running joke when Hoghead asks her name she replies “Fuck You” so he just calls her “Fuck You” for the rest of the film.

There isn’t anything resembling emotion in this movie but if you’re sitting down to watch a Cirio Santiago movie then you should have an idea what you’re in for; Raiders of the Sun actually has some decent production values and is 80 minutes of near constant action. There are so many explosions in this movie that I lost count; it also has flamethrowers, fight scenes and shoot-outs making for an easy watch.

The highlight of the movie has Talbot fighting one of Hoghead’s goons named Gonzales while they swing on ropes and slash at each other with various weapons. The poster (below) makes it look far cooler than it is (I also have no idea who that guy with the beard is) but it’s still a fun scene. 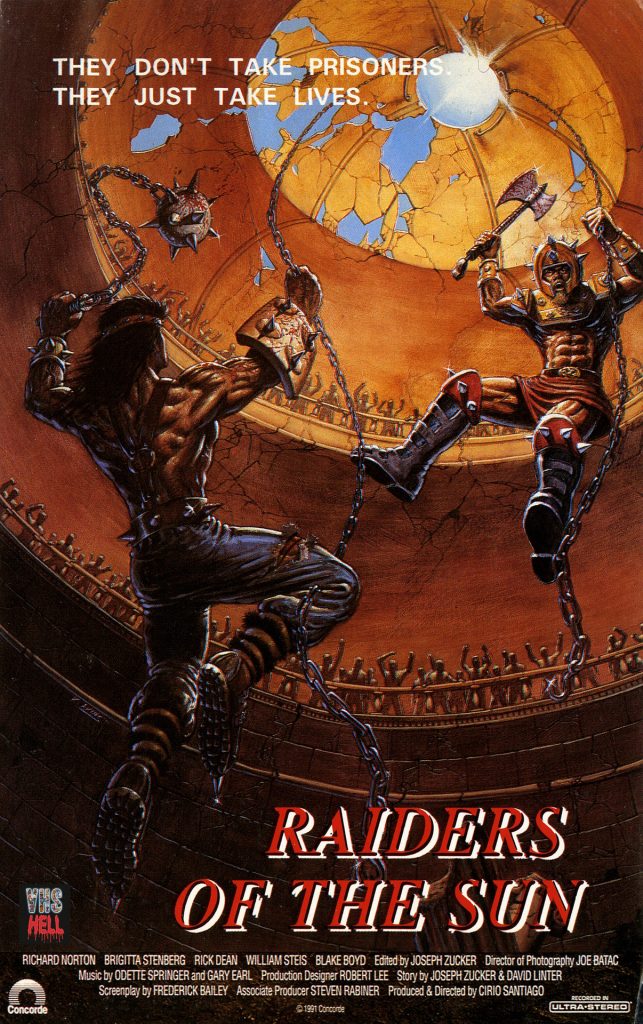 If some of the film seems familiar that’s because it has some footage from Equalizer 2000 and Wheels of Fire re-edited into it.

Richard Norton makes for an appealing lead as always and he has the martial arts skills to be believable too; the fight scenes are still decent where we see everything that’s happening so it delivers on the action front.

There isn’t much to the story and the script is mostly forgettable but there is something about Raiders of the Sun that is easily rewatchable; some would describe this is a guilty pleasure but I genuinely like this movie and have no guilt whatsoever about it.

The music is what you’d expect but it has some electric guitar moments and works for the type of movie this is.

Overall, if like me you enjoy these kinds of low budget Mad Max clones then you could do a lot worse than Raiders of the Sun; it wins no points for originality or writing but Richard Norton is a badass and the non-stop action makes it a good time.