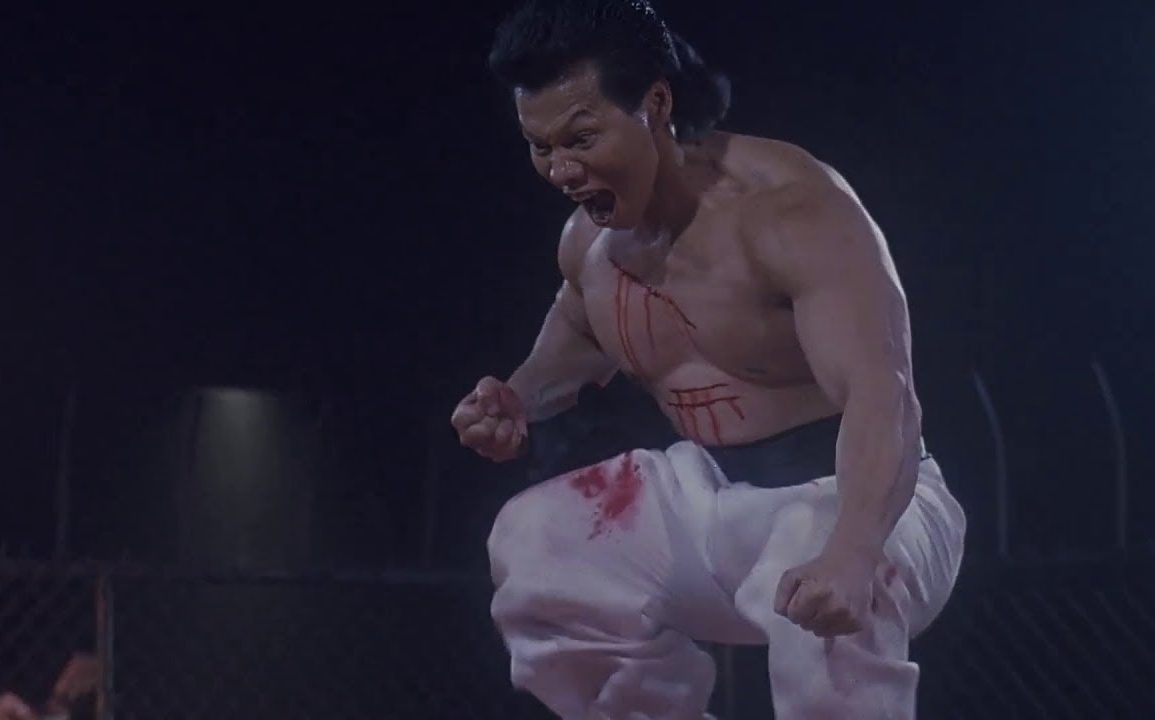 I hadn’t watched the Shootfighter movies for a few years so I thought I would give them a rewatch and see how they hold up.

Plot: A martial-arts master (Bolo Yeung) travels to Mexico to save two students tricked into an illegal tournament.

I’ve always enjoyed fighting tournament movies and Shootfighter: Fight to the Death remains a hugely entertaining addition to the genre.

It’s essentially a Karate Kid reunion (before Cobra Kai) with William Zabka and Martin Kove returning to the fore. This time Zabka plays the main protagonist Ruben who runs a martial arts school with his girlfriend Cheryl (Maryam D’Abo from The Living Daylights) but when his old buddy Nick (Michael Bernardo) returns the two are invited to join a Shootfighting tournament in Tijuana.

The contest is hosted by Mr. Lee (Kove) who has ulterior motives for inviting the boys to compete; he wants to have a showdown with their sifu Shingo (Bolo Yeung) who is his old nemesis.

It’s nice to see Bolo in a good guy role as he’s mostly known for playing antagonists in movies like Bloodsport and Double Impact. As always he’s a man of few words but Shingo is one of his most appealing characters even if he is still an intimidating presence on screen.

Ruben starts off as a good guy and although he is struggling to make ends meet his girlfriend loves him; what she doesn’t know is that Ruben owes money to some bad people so his reasons for joining the tournament are purely financial. When Ruben gets down there, he gets a taste for it and enjoys the rush of beating an opponent; Nick on the other hand feels like this is a bad idea and thinks they should leave before they get into trouble. The two part ways but will be pulled back in for a final showdown… and so will Shingo.

Shootfighter (like Bloodsport) has a cast of international fighters with impressive martial arts skills; there are no shortage of fight scenes and I forgot just how violent this movie was. One of the fighters called Boa (he has a snake and moves like a snake so the name makes sense) has an awesome fight scene which doesn’t end well for him as he literally gets his heart ripped out so it’s doubtful he will show up in Shootfighter 2.

Our two leads Nick and Ruben are both sympathetic and you can’t help rooting for them both even when Ruben starts to go a bit Anakin Skywalker. There is the odd bit of dodgy acting from some supporting cast members but generally the performances are decent.

Martin Kove hams it up wonderfully as Mr. Lee and the late great Edward Albert is wonderfully slimy as henchman Mr. C. Albert ; he died rather young at age 55 which was a shame as I always liked watching him on screen.

It’s well paced and even has an epic training montage although there is no inspirational song talking about steel or fire. The music score still is enough to get you pumped up and think about going to the gym then remembering we’re all stuck inside so we might as well eat more potato chips instead.

Overall, Shootfighter: Fight to the Death remains an enjoyable fight-fest with likeable leads and a rare good guy turn from Bolo Yeung; there are practically constant fight scenes and fun villains making this endlessly rewatchable. 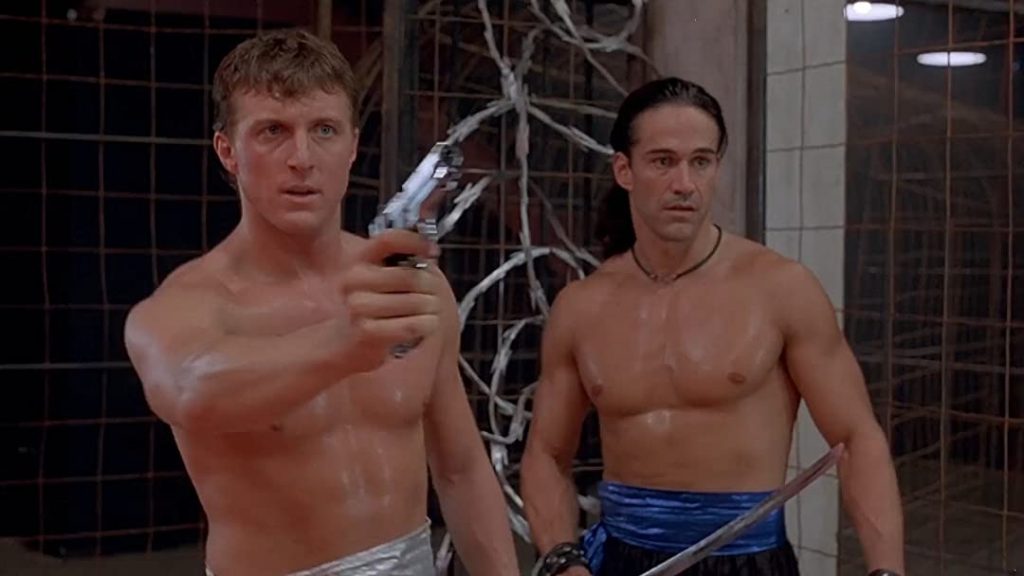 Plot: A vengeful police chief recruits the world’s finest fighters to smash an illegal combat ring in the Miami underworld.

Rather than being a carbon copy of the original Shootfighter 2 goes in a bit of a different direction with Shingo (Bolo Yeung) returning alongside Nick (Michael Bernardo) and Ruben (William Zabka) but this time they are blackmailed into fighting for Shingo’s sadistic brother Lance (Joe Son). It’s funny how they are playing brothers and yet Joe Son is Korean, and Bolo Yeung is Chinese. Awkward…

Anyway, it’s really only the final half hour that’s the actual tournament but this sequel has a darker more ferocious tone to it and it is still packed with action.

There’s a lot going on with this one with Nick and Ruben working with a cop whose son died while shootfighting so he wants to take down Lance’s operation. Lance is one step ahead of them though and ends up kidnapping Shingo and Ruben (after killing his lady immediately after an awkwardly overlong love scene). Nick is joined by a shootfighter called Shark (Brett Clark) and they have to face off against several opponents before Shingo has a final battle with his brother.

Lance is an absolute monster with no redeeming features much like the actor who portrayed him. Wow! I looked up to see what Joe Son is doing now… yeah, he’s doing about 40 years in prison for torture, rape and murdering his cellmate… so no acting required then.

Anyway, it’s kind of hard to concentrate on writing an article after reading that but I’ll continue.

The final 20 minutes get chaotic and the fight between Shingo and Lance is fierce with Lance attacking like an animal unleashed.

At an hour and 25 minutes Shootfighter 2 moves fast although I felt Lance deserved a more fitting demise than he got; he really is one of the best bad guys of the 90’s though and utterly hateful.

The fight scenes are plentiful and it’s every bit as violent as the first so all in all it delivers what you would want.

Overall, Shootfighter 2 is arguably a more intense film than the first and it takes the story in some surprising directions making for a good time with plenty of action. But what about Joe Son then eh? Bloody hell…