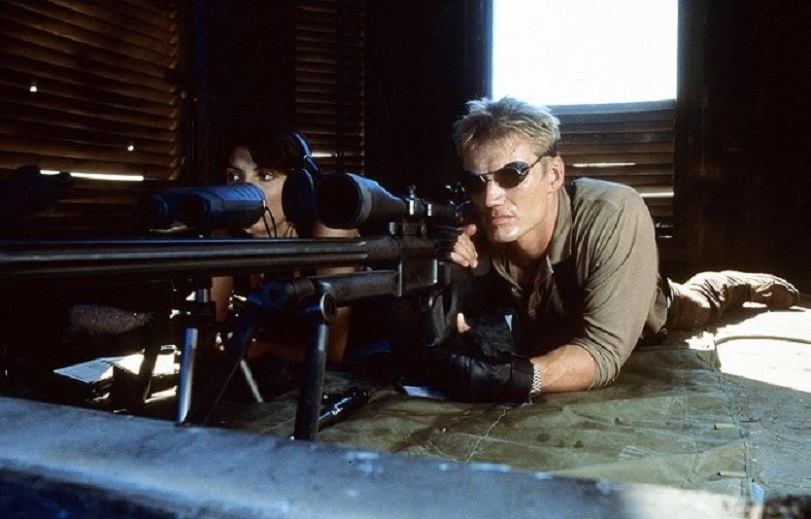 Looking Back at Silent Trigger (1996)

Plot: Action superstar Dolph Lundgren (Universal Soldier) delivers big-screen entertainment in the adventure thriller that’s loaded with special effects and hard-hitting action…SILENT TRIGGER! Lundgren plays a top political assassin who’s teamed with a female counterpart (Gina Bellman) to gun down a target. But when emotions begin to cloud his thoughts, it sets off an explosive series of events leading to the ultimate climax of kill or be killed! From the director of Highlander and The Shadow, SILENT TRIGGER is action -packed entertainment that’ll blow you away!

I only saw Silent Trigger for the first time a few years ago and I have to admit I didn’t love it but I thought I would watch it again and second time around I enjoyed it a lot more and thought it was Dolph Lundgren doing something a little different from the norm.

The story is your standard hitman who has a change of heart but it has an almost dreamlike style to it elevated by the Enigma-esque music score which although sounds rather 90’s now it still stands out as one of the movie’s highlights as it’s such an unconventional choice of music for an action flick.

Dolph is as watchable as ever and his character remains mysterious throughout as we never even know his name; he’s just Shooter and he is joined by his spotter originally called… Spotter. She is played by Gina Bellman who may well have one of the sexiest voices in the business. This was apparently a deliberate move and according to IMDB “the characters names were dropped during production, increasing the abstract existentialist aspect of the film: it doesn’t matter who they are, who their targets are or who they work for.”

Unsure who to trust they try to complete their mission while avoiding creepy rapey security guards and their own agency. Christopher Heyerdahl plays said rapey security guard O’Hara and is completely unhinged; every moment he is on screen you feel like you need to have a cold shower as he wants to have his way with Spotter.

It has a strange pace to it and not exactly packed with set-pieces but what action there is is mostly impressive, although a few moments of early CG don’t hold up too well.

Silent Trigger leads up to an explosive finale with a pretty high bodycount that won’t disappoint action fans. Directed by Russell Mulcahy (Highlander), it feels quite different from his other pictures and the visual style gives it that otherworldly feel.

Overall, Silent Trigger is one of Dolph Lundgren’s stranger movies and doesn’t have anything all that spectacular happen in it but the sense of style, awesome music score and Gina Bellman’s sultry voice make it worth a watch.