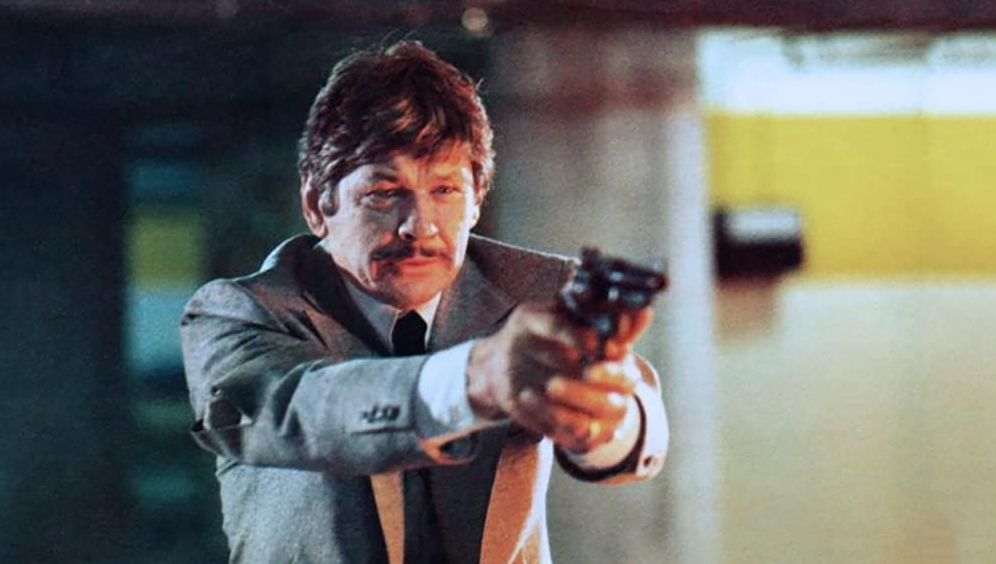 Looking Back at Telefon (1977) with Charles Bronson

Plot: The United States and the Soviet Union are backing down from the Cold War, but not everyone is happy about it. Nicolai Dalchimsky (Donald Pleasence), a KGB agent, steals information regarding a secret Soviet operation that planted brainwashed intelligence agents all over America. When Dalchimsky uses those agents to blow up old military buildings, the Soviets send KGB operative Grigori Borzov (Charles Bronson) and a double agent (Lee Remick) to stop him before it’s too late.

The Cold War provided us with some great story ideas and Telefon starring Charles Bronson and Donald Pleasance is one of them. It’s an action thriller with Bronson playing one of his less appealing (but still interesting) characters – a KGB officer called Major Grigori Borzov, who is sent to the U.S. to try and stop sleeper agents who will mindlessly attack government entities when they hear certain coded words.

This movie will ruin Robert Frost for you as his poem Stopping by Woods on a Snowy Evening takes on a whole new sinister meaning as the words “The woods are lovely, dark and deep, but I have promises to keep and miles to go before I sleep” is the trigger for the sleeper cells.

They are activated by rogue Russian agent Nicolai Dalchimsky (Donald Pleasance) who is travelling around America and calling these sleeper cells and causing chaos.

Borzov is sent to the U.S. and teams up with Barbara (Lee Remick) to stop Dalchimsky before he starts a potential nuclear war with Russia. There are various twists and turns throughout but most importantly regular explosions with one having an entire power plant blow up which is truly spectacular.

Donald Pleasance looks suitably crazed and never disappointed as an antagonist with Dalchimsky one of his more underappreciated roles.

Bronson’s Borzov is cold and ruthless only caring about the mission but as the story progresses, he begins to (ever so slightly) thaw with Barbara but she also may not be entirely what she seems.

This is a well paced hour and 40 minutes wasting no time in getting going; it’s funny that our protagonist (Bronson) doesn’t actually show up until about 20 minutes into the picture and it’s such a different kind of character for Bronson to portray but I can see why the role would have appealed as he has a sense of duty while you never know what he is thinking.

Directed by Don Siegel (Dirty Harry) there is plenty of action which will have been helped by the fact Telefon was co-written by Peter Hyams who directed Outland, Sudden Death and Timecop to name just a few.

It may be a product of the time and I think if you watched it for the first time now you would find it rather dated but I still find it a riveting tale.

Overall, Telefon is a different kind of role for Charles Bronson and his character isn’t especially sympathetic but he thaws as the story progresses and there is plenty of action to make this worth your time. You can never go wrong with Donald Pleasance either especially when he is on villain duties making this a must-see.