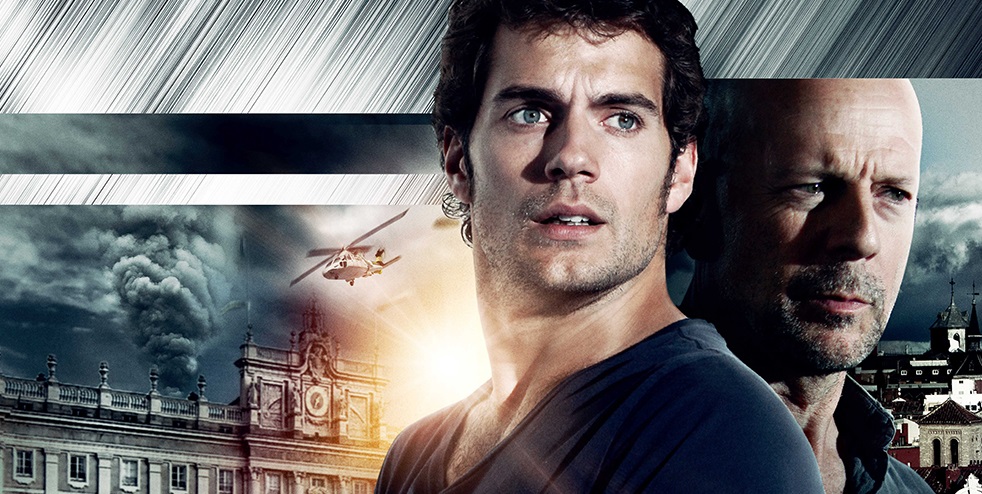 Plot: After his family is kidnapped during their sailing trip in Spain, a young Wall Street trader is confronted by the people responsible: intelligence agents looking to recover a mysterious briefcase.

I remember watching this when it first came out back in 2012 but quickly forgot it existed so I noticed it was on Netflix and I decided to check it out again. After all it starred Henry Cavill, Bruce Willis and Sigourney Weaver so it couldn’t be all bad… could it?

The Cold Light of Day (which is a terrible title) very much feels like it wanted to be the next Bourne with Henry Cavill playing our lead Will; he isn’t an especially interesting or likable character spending the first 20 minutes looking at his phone as his business goes under while ignoring his family.

*Spoilers ensue* He clearly has issues with his family which are exacerbated when they go on vacation together. Will isn’t especially close with his father Martin (Bruce Willis) but we find out why a little later. This is one of those movies where Bruce Willis is advertised on the cover of the DVD and posters however, he has a small role and is killed off rather early on. Bruce at least shows some personality and this is one of his better roles even if it is small.

When Will goes into town he returns to their boat and finds his family has disappeared; when he goes to tell the police they try to take him to meet someone but he knows something is wrong; he escapes and tries to find his family himself. It ends up his father in fact worked for the CIA as a spy and his former employer Carrack (Sigourney Weaver) wanted him dead because he was trying to return a briefcase they had previously stolen from Mossad. Now everyone wants Wes dead so he runs around the city being chased by the CIA and Mossad.

It’s all very familiar and The Cold Light of Day doesn’t really do anything new or spectacular, but I don’t think it’s quite as bad as many have said. It was an enjoyable diversion and although his accent slips occasionally, I do like Cavill even when his character isn’t all that sympathetic.

Sigourney over acts quite badly at times especially towards the end when she becomes a bit of a cartoon villain, but she still managed to be hateful.

There are some impressive stunts and chases and at around 90 minutes it’s well paced although I kept wondering how Will seemed to survive battling against trained operatives when he comes from a business background.

There also isn’t anything memorable in terms of dialogue; the script is hardly terrible but there wasn’t anything that really stood out.

The story didn’t go the way I expected; towards the end I thought Bruce would reappear and his death was a rouse to reveal the true villain Carrack but it wasn’t anything as interesting.

Overall, The Cold Light of Day is a formulaic Bourne wannabe but it’s not without its moments; Bruce is underused and Sigourney Weaver over acts at times but there are some enjoyable stunts and it moves at a decent pace to make for diverting fare.