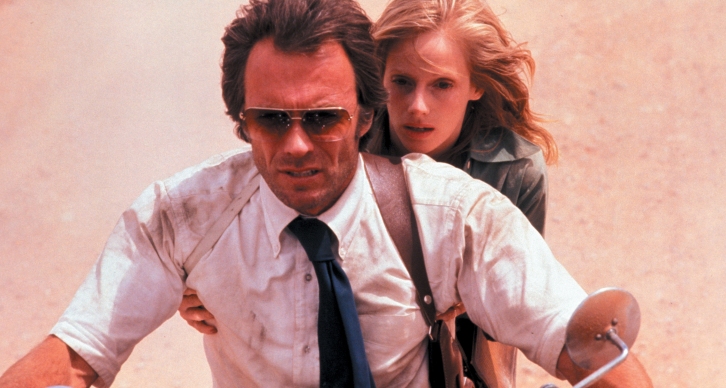 Clint Eastwood stars in the best Dirty Harry sequel we never saw; in The Gauntlet Eastwood plays a borderline alcoholic cop called Ben Shockley. He is recruited to escort Augustina “Gus” Mally (Sondra Locke), a key witness in a mob trial, from Las Vegas to Phoenix. Gus is a beautiful but coarse call girl who claims to have information that makes the two highly expendable targets. Ben starts to believe her after numerous attempts are made to kill them as they travel across the unforgiving desert, pursued by angry bikers and corrupt police officers.

I have to get this off my chest but I think The Gauntlet may well be guilty of having one of the worst music scores of all time. That kind of jazz music just makes me stabby and I have to watch the opening credits pretty much on mute as that trumpet just grates. I know Eastwood is a big jazz fan but I won’t hold that against him as he has made some great movies in his time and this is one of them.

The Gauntlet takes a little while for anything really exciting to happen and some scenes go on for far longer than they need to but the final half hour is the stuff of legend with the whole sequence on the bus amazingly constructed. There is a lot of gunfire which will leave any action fan smiling as apparently over 8000 rounds were used for the finale and you can tell.

Eastwood is his usual cool but gruff self and Shockley is a little different from Harry Callahan. He’s more introspective and the scene where he gives a monologue about how when he was younger he had expectations about getting that one big case and marrying that special girl but life had other plans is something we can all relate to. Sondra Locke was fantastic as Gus who can genuinely hold her own especially when dealing with a piece of shit cop who speaks to her like she is trash.

I love reading trivia on IMDB about movies and I always thought that the helicopter crash was one of the most impressive I’ve ever seen. Apparently the chopper was built without an engine for the crash sequence which was shot about twenty-five miles outside Las Vegas costing 250,000 dollars. It required about two dozen people to construct a 75-85 foot tower which ended up being exploded by the special effects crew.

Another interesting piece of trivia was that in the movie Shockley doesn’t actually kill anyone which is rare in this type of movie.

The Gauntlet may have rotten music and be a little slow at times but the set-pieces are genuinely jaw dropping with one of the best action movie finales I’ve ever seen. Also, how awesome is that poster? 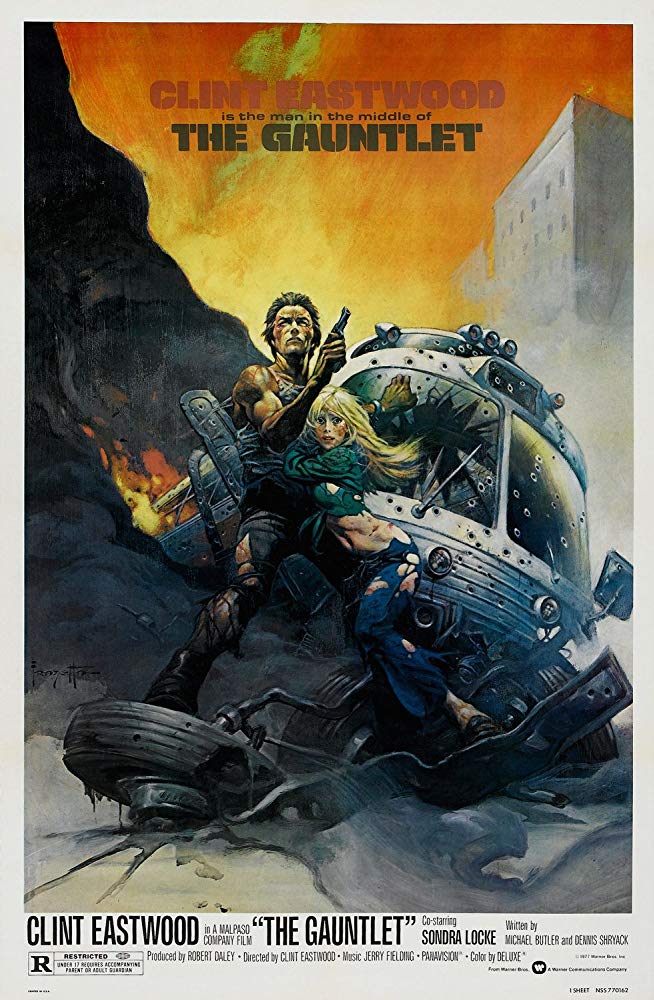