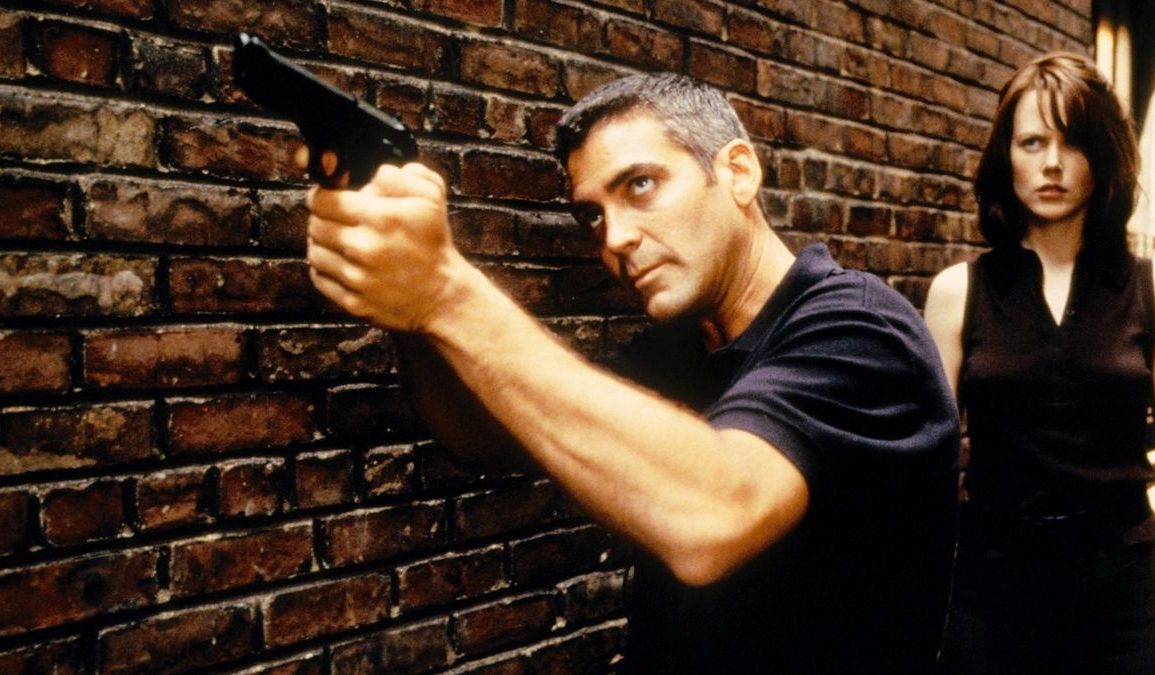 Looking Back at The Peacemaker (1997)

When The Peacemaker first hit theatres back in 1997 I remember being quite obsessed with it mostly due to Hans Zimmer’s incredible score which to this day remains one of his absolute finest.

The Peacemaker immediately grabs your attention with a spectacular opening sequence where two trains collide in Russia setting off a nuclear blast. One of the nukes goes missing after the wreck, and the U.S. government is alerted. Nuclear specialist Dr. Julia Kelly (Nicole Kidman) believes that there will soon be a terrorist attack, so Lt. Col. Thomas Devoe (George Clooney) joins Dr. Kelly as they try to track down the warhead-stealing culprits. They learn that Yugoslav terrorist Gavrich (Marcel Iures) has his hands on the weapons, and he’s plotting a devastating attack.

This remains one of my favourite George Clooney movies; admittedly I am not a big fan of his as he can come across as rather smug but I thought he did a fine job as Devoe making him sympathetic but tough and ruthless when needs be. He also apparently did the majority of his own stunts which always makes action scenes more believable and The Peacemaker has several impressive set-pieces. I think the action highlight is the car chase where Clooney did a lot of the driving himself.

Our antagonist Gavrich is a broken man and although he plans on launching a nuclear attack you can at least understand where his anger stems from as he previously lost his family and blames the UN. He teaches piano and comes across as a quiet man who feels compelled to do terrible things.

It tries to do something a little different by showing the effects of violence as Devoe and Kelly leave a trail of bodies in their wake as they try to stop this potential disaster. After Kelly orders an assault some soldiers are killed and she blames herself which is a nice touch to try and bring some humanity to it, although I found it did feel somewhat forced.

I think the biggest issue with the film is Nicole Kidman who is frankly miscast; her accent is all over the place and I can’t tell if she’s trying to sound American or Australian. She brings a natural coldness to her roles which should work with a character like Kelly however, she doesn’t really convince so you never warm to her.

It is packed with some high quality action though and the finale is exciting even if I did find it went on a little too long.

I’ve always thought Mimi Leder was an under-appreciated director as she knows how to film a quality action sequence; I have a soft spot for Deep Impact to this day and I would like to see her return to big budget action cinema again as she has done mostly TV shows recently.

The Peacemaker is now over 20 years old and although it didn’t get amazing reviews at the time I still consider it a solid actioner worth watching purely for Hans Zimmer’s amazing score and George Clooney doing a lot of his own stunts.